Home » Vanguard Book 3 Takes An Unexpected Turn For the Better

A while back I got to read and review Vanguard Book 1 and Vanguard Book 2 by Dan Butcher. The intelligent storytelling and the twist on the hero genre quickly endeared me to the series. Now, I’m getting a chance to read Vanguard Book 3 (Issues 10-14) also by Dan Butcher (with help from Gary Cohen in Issues 11 &12), which starts the second arc in the Vanguard series as a whole 15 years after the cliffhanger from Book 2. And let me tell you, Vanguard Book 3 doesn’t disappoint!

Vanguard Book 3 jumps right into the action. A man named Guy gets arrested after the new robo-police stop him from getting mugged because Guy cannot pay the fees. This opening was a great way to show how the world changed over the fifteen-year period. We get some narration afterwards, explaining the fall of the Vanguard team. The ending of Book 2 had been rather shocking.

This book is action-packed. There was no lag in the story. It’s light with the narration when necessary and lets the artwork help the story along. The dialogue remains good throughout the duration of the book. 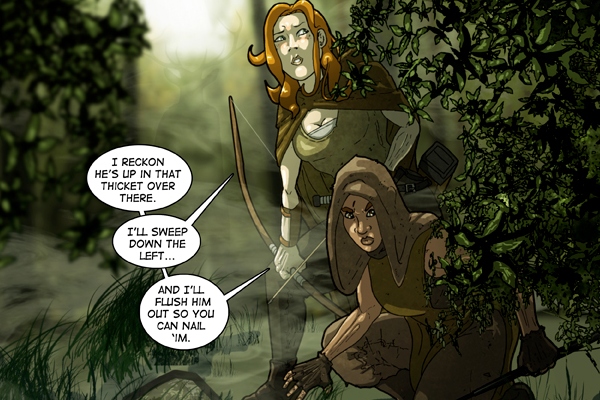 The superb world-building continues in this book, especially since it now features a world that’s 15 years later. The time-jump shows in little details given throughout Book 3. The robo police and the law enforcement special assistance insurance type deal was an apt addition to reinforce the fact that the UK was now under a tyrannical rule. Even better was that prisoners who were in debt were able to auction off your debt and work for the person who bought it–because of course, the tyrannical rules brought back indentured servitude. With the UK run by a tyrannical government, the shady government dealings throughout the story just serve a greater purpose to brew some rebellion.

There’s a shift to make the story less about heroes and more towards on the supernatural and mythological elements that were laid out in Book 2. But I’m complaining. I love the idea of mixing heroes, mythology and supernatural stuff.

The new main character Jordana and her journey towards her destiny is the classic fantasy reluctant hero’s story. Her father (can’t tell you who because SPOILERS) trained her all her life and Jordana felt responsible towards her family. A lot of terrible things happen to her to lead her to the point where she is at the end of Issue 14 (the end of Book 3). I really like Jordana as a character as she is well-fleshed out. 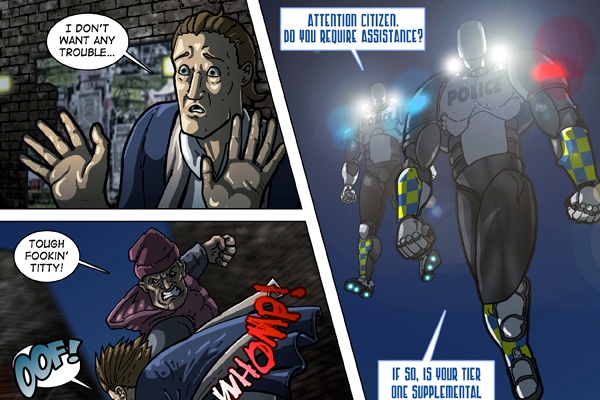 If there’s one little issue with the story I have (that’s not really a complaint), but more that the De Tonnerre family got on my last nerves. I’m sure that was the point. Violet, a child I might add, is a little sociopathic murderer with no empathy for anyone or anything. Ginny is a vapid reality star. The father is entitled upper class jerk. The brother is the only one that didn’t grate on my nerves, even though he’s clearly also an entitled upper class jerk (just in a different way than their father). The De Tonnerre family, however, is in the story to show the class differences and how the ultra-rich can be extremely greedy. I’m sure it is apt social commentary.

The artwork is amazing. The expressions on the characters faces capture their emotions well. The coloring of certain scenes are just phenomenal. The clean and neat lettering makes it easy to read and changed when supernatural or mythological characters spoke to make it more pronounced that they were otherworldly.

Vanguard Book 3 expertly builds on the previous issues, bringing wonderful world-building and new characters to life. This arc of Vanguard continues to be amazing and exciting to read. I can’t wait to see what’s in store for Jordana and the fate of the UK in Vanguard’s next book.

Haven’t caught up with Vanguard yet? Check the comic out here for free. Vanguard Book 3 will be launching at this year’s True Believers Comic Con on Saturday the 1st of February. Let us know what you think. Sound off in the comments or send us your thoughts on Facebook or Twitter!