Home » Opinion: What Can We Expect From The Suicide Squad? 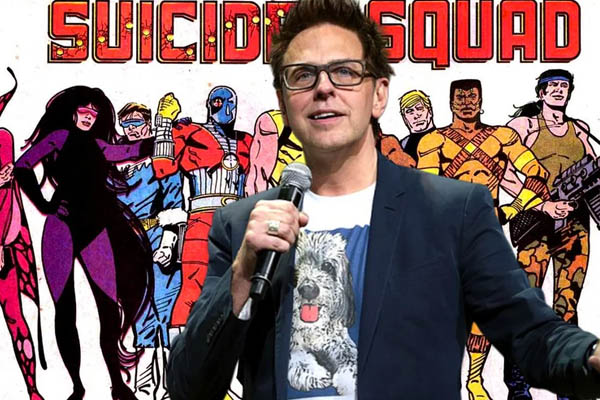 I don’t know about you, but I’m not a massive fan of the first Suicide Squad film that David Ayer wrote and directed. I know I’m not the only one out there that wasn’t particularly fond of it, although the premise was exceptional. A bunch of expendable anti-heroes are in charge of saving the world; that, to me, is the premise for a funny and original action film. However, despite the compelling premise, I moved on and forgot about it. That was until I heard about Suicide Squad  2, or better, “The” Suicide Squad, which is scheduled to be released on August 6, 2021. But, the question is, what can we expect from this new installment?

It’s essential to start by saying that James Gunn will write and direct The Suicide Squad this time. The film is said to be something in the middle between a reboot and a sequel. We also know the new story is going to take place after the events of Justice League and Birds of Prey. Viola Davies is set to reprise her role as Amanda Waller and will undoubtedly reunite her team of villains for a mission where they’re not likely to survive.

The thing that bothered me the most about Suicide Squad was the writer’s inability to fulfill the premise that every character is expendable. Instead, the film chose to follow the classic hero’s journey narrative where we were given a clear protagonist that was most definitely going to prevail in the end. What we should have gotten was Game of Thrones style killings: sudden and heartbreaking. Simply put, we weren’t given time to care about the team members as seen when Flag kills Slipknot at the very beginning of the mission.

But Gunn won’t make the same mistake, hopefully. There is something ironic about James Gunn directing this film as the only reason Suicide Squad was produced was to keep up with the huge success of Gunn’s Guardian of The Galaxy. In the end, DC had a point with Suicide Squad making $746.8 million, almost as much as Guardian of The Galaxy. It’s also now officially an Academy Award winning film.

After Disney’s debacle of firing Gunn over tweets that were posted more than a decade ago, DC stepped into the perfect opportunity to snag their competition. What better way to create a perfect Suicide Squad movie than to grab the director you were trying to mimic in the first place? And, in an even more bizarre turn of events, Disney has now re-hired Gunn for Guardians of The Galaxy Vol.3 where now both his films will be competing against one another.

Some may feel that The Suicide Squad will look like a lesser movie now that Gunn is back on the Guardians track. I disagree. Gunn possesses a deep understanding of how to develop plot and characters. Sure, Guardians and The Suicide Squad have similar premises to their stories, but the plots and settings are very different. I would say Gunn’s strength is in his ability to write witty, tongue-in-cheek dialogue, which is essential in scripts where the protagonists are misfits.

This generous cast makes me think that Gunn is probably going to plan more than two deaths. The director tweeted “Don’t get too attached” when he revealed the new cast members for the film. Granted, he might make the same mistake Ayer made, and kill characters off before we can create a bond with them. But this cast list is certainly promising.

To answer my initial questions, it looks like The Suicide Squad is going to be quite different from Suicide Squad. Apart from the important additions they made to the cast, DC hired the right person to work on this movie. We already know he has valuable experience, and in a way he is one of the reasons the first Suicide Squad was produced. Hopefully Gunn will be able to bring justice to the original Suicide Squad comics and film lovers.

What do you expect from The Suicide Squad? Do you have any theories about the plot? Leave a comment below, or let us know on Twitter!