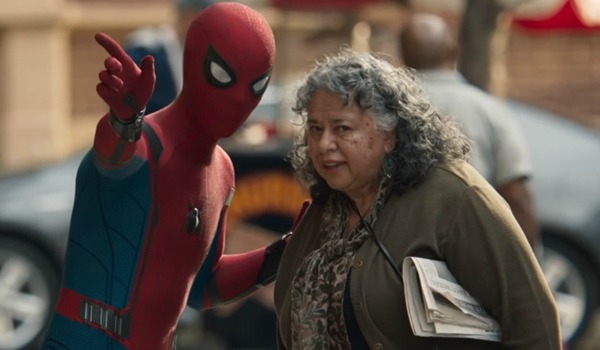 Spider-Man probably has the most tangled web of licensing rights in media. Last year, on the surface, looked good for Spider-Man. Spider-Man: Into the Spider-Verse collected all the film awards, whilst both Avengers: Endgame and Spider-Man: Far From Home were met with critical acclaim. But, behind the scenes, or rather out in the open, Disney/Marvel Studios and Sony fell out over their rights to use Spidey.

Luckily, everything was resolved and now the licensing agreement has been rewoven anew. As we swing into the third decade of the 21st century, where do the movie and television rights for Spider-Man stand?

To begin with, we’ll do a brief recap of Spider-Man’s film rights. In the 1990s, Marvel faced bankruptcy and sold off the film rights to their characters like hotcakes. Spider-Man got passed from studio to studio, with James Cameron nearly making a film. The rights landed in Columbia Pictures’ lap, a former Hollywood titan, turned branch of Sony Pictures. Things went well for a while, leading to Sam Raimi’s Spider-Man trilogy. But, as we know, Avi Arad really wanted Venom to get a movie, leading to the subpar Spider-Man 3, Raimi quitting the franchise, and the godawful reboot that was The Amazing Spider-Man.

Sony grew too ambitious for boots, coming up with many absurd spin-offs and sequels before the new franchise had even gotten through its second installment. But, dwindling box office sales and the crippling Sony e-mail hacks led to the reboot series being canned. The leaks revealed Sony had reached out to Marvel Studios for a potential crossover in the Marvel Cinematic Universe. After a bit of stalling, a deal was made. Spider-Man, played by Tom Holland, would start to appear in the MCU, whilst Sony would make their own films, set within the same universe with Holland as the lead.

However, Sony still had the rights to Spider-Man, and wished to make more movies, independent from the MCU. After all, Spider-Man is pretty much the only property that Sony has found true success with. Spider-Man: Into the Spider-Verse was released in 2017 and was met with great praise, going on to win big during 2018’s film awards season.

But, Sony wanted more, making familiar plans to create their own “Sony Marvel Universe”, where Spider-Man, or at least Peter Parker, may not exist. The first installment of this paper thin universe was the crumby Venom. Still, the film did well at the box office and has a sequel coming out in late 2020. The second installment, Morbius, is out in the summer. Several additions to this new cinematic universe have been rumoured and announced.

In 2019, the relationship between Sony and Marvel Studios collapsed, with the news that Spider-Man would no longer be included in the MCU. Thankfully for everyone involved, Tom Holland came to the rescue. After a drunk late night phone call with Disney CEO Bob Iger, both companies were brought back to the table, and Spidey’s presence in the MCU was secured. This new agreement allowed Marvel to produce a second sequel to Spider-Man: Homecoming, and for potential crossovers for Spider-Man in the MCU and Sony’s own universe, which may or may not be in the same continuity.

Michael Keaton’s surprise appearance in the Morbius trailer hints that now MCU characters will pop up in Sony’s exclusive movies. Sony, owning exclusive film rights to Spider-Man, allows them rights to most of the box office profits, though Disney will now earn twenty-five percent of Homecoming’s second sequel. On the other hand, Disney/Marvel own the rights to Spider-Man’s merchandise, which Sony sold back to them in 2011.

With the approaching Phase Four of the MCU, and their purchasing of 20th Century Fox, Marvel and Disney likely won’t have to worry about losing Spider-Man again. They have thousands of other characters to play with, including the recently acquired X-Men and Fantastic Four.

So, what about the television rights?

Sony has owned the rights of Spider-Man’s television career for quite some time. Beforehand, there had been numerous Spidey shows, including the 1967 show, the 1994 animated series, and Sony’s sadly short-lived CGI series that tied into the Raimi films.

Interestingly, in the Sony e-mail leaks, the studio has rights to all movies, live action TV shows, and animated shows that are longer than forty-four minutes. Not a single Spider-Man cartoon has exceeded half an hour, so Sony still has an option to produce such a series. Marvel and Disney can use Spider-Man in any cartoon as long as it doesn’t exceed the 44-minute mark. Disney+ will feature most of the Spider-Man animated series. Now, if Sony were to make new Spider-Man series – made outside of Japan – they could make live action series without worry of length, and animated series as long as they are longer than half an hour.

Sony may actually be developing several Spider-Man TV series. Sony Pictures chairman and CEO Tony Vinciquerra confirmed this, though was vague on details. One suggestion is that Sony turns some of their intended film projects into television shows, and would bring attention to low tier characters like Nightwatch and Jackpot, or more notable ones like Silk or Spider-Woman.

For better or for worse, Spider-Man’s presence in film and television will grow in the next few years. Tom Holland will hopefully stick around for a few more movies, crossing over into the Sony Marvel Universe. As for a live action television series or a longer animated series,  it will be new ground for Sony to tread so to speak. Whether or not the deal between Sony and Marvel continues is up to the two film companies.

What future movies and television shows would you like to see spawn from Spider-Man’s vast world? Are you looking forward to Spider-Man: Homecoming‘s next sequel, Venom 2 or Morbius? Leave a comment below or on our Twitter feed!