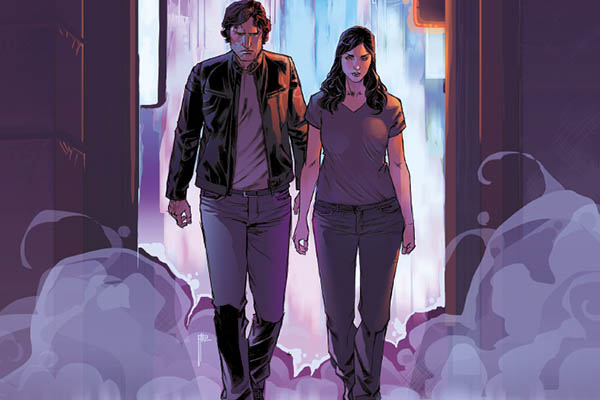 It’s always hard to write an engaging fantasy that is set in modern times while also allowing a suspension of disbelief. Woodland Creatures by Cristina Roswell accomplishes this spectacularly and then some with enough unique aspects sprinkled throughout.

We’re introduced to a world where werewolves roam among us. Two such werewolves: Calliope and Christopher have found themselves in New York City in attempts to ensure the rights of all fellow werewolves. Christopher, having been a previous member of the US army is desperate to prevent the approval of a plan the military is attempting to pass that would force werewolves to join the military. However, his pack-mate and girlfriend Callie is a wildcard in this city. From the Alaskan wilderness, Callie disdains humans and has trouble controlling her aggression, forcing Christopher to cover-up many of her more lethal attacks. Suffice to say, fighting for the rights of werewolves is not going to be easy.

Woodland Creatures doesn’t feature your typical werewolves. Rather than transforming under the full moon, this variety of werewolf becomes more aggressive as the full moon approaches. Additionally, each werewolf has an amaroq, an animal soulmate in the form of a wolf. Both Callie and Christopher are able to control their amaroqs while their own human bodies remain unconscious. It’s an interesting take on the mythical creatures and brings new and interesting conflicts to the story. 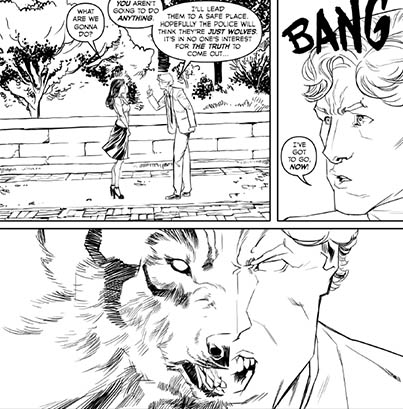 The drama that plagues Christpher’s attempt to preserve the rights of werewolves puts an emotional strain on his relationship with Callie. It’s an interesting struggle that is oddly relatable as they attempt to navigate the world around them.

Tomas Aira‘s line art is absolutely amazing. There’s such power and ruthlessness in Callie’s design in particular. You can see her rage so transparently. She’s threatening yet alluring at the same time. Every character is very expressive and the attention to detail gives this comic an extra edge. It’s a shame that this volume isn’t in full blown colour as the front page is absolutely amazing.

Overall, Woodland Creatures is a very interesting take on urban fantasy. There’s enough of a cliffhanger at the end of the volume to make us wonder just where this story will go next. In fact, there really is no telling where this story is going and that makes it all the more interesting.

You can purchase a copy of Woodland Creatures through their Kickstarter or through Roswell’s website – and you can now support Volume Two at the Kickstarter here! Have you had a chance to read this engrossing story? Let us know in the comments below or send us your thoughts on Twitter!