Home » Zorse Is a Poignant Comic That Teaches Compassion and Empathy 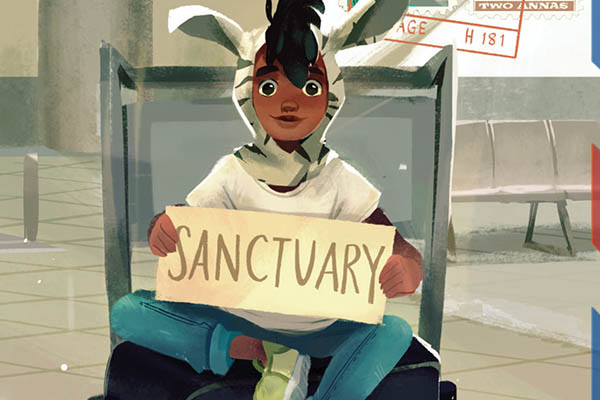 In a world that seems more divided than not, sometimes its best to look at the world through the eyes of a child. Zorse is just that. Produced by Ramzee, this comic forces its readers to take a step back from society as we know it and offer compassion and empathy to others.

The story follows Baxter, a young boy who prides himself on being an examiner of people. His greatest specimen comes in the form of Kamal, an asylum refugee who is different from him and his classmates in every way imaginable. The games he plays are different, the food he eats is different, he says things that are strange to Baxter. Of course, this makes Baxter want to get to know Kamal even more.

Ramzee’s story possesses a charming simplicity. With each turn of the page, it feels as though you are glimpsing into the mind of children. Their problems and insights are so innocent throughout the story. Even as Kamal struggles with his differences and his lack of belonging, the tone of this comic never drags the reader down. 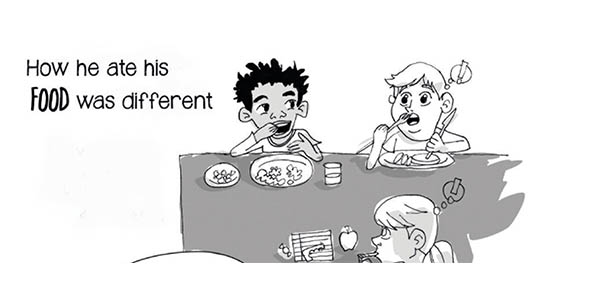 The overall artwork is equally simplistic but in the best way possible. Again, the art evokes the emotion of a young child drawing as they innocently explain this story. It is through this innocence that lulls the reader into a state of compassion for these kids and their families.

Zorse is an important comic. It’s always through the minds of children that we are able to understand the barriers that adults put in place for one another. Children seem to be the only ones who can knock down those barriers and it is these barriers that need to be torn down. The importance of humanity and struggles refugees face culminates with a melancholic ending.

Suffice to say, this comic cannot be recommended enough and is an important read overall. On the surface level, it appears to be an innocent comic but the ideas that thread underneath throughout the story are the epitome of what society needs right now. This comic was released a few years ago but is still very much relevant today.

You can purchase this lovely comic here. Have you had a chance to read Zorse? Let us know in the comment section below or send us your thoughts on Twitter!