Comic book writers Heather Ayres and Brittany Matter are probing deep into family matters of a supernatural bent with KITH & KIN, an anthology that uses family as a metaphor for horror. Taking inspiration from the likes of Frankenstein and Big Fish, KITH & KIN brings numerous visual indie comic book talent to bring Ayres and Matter’s stories of devilish family affairs to life.

Ayres and Matter have also teamed up with Vanderbilt University to publish one of the anthology’s comics on the university’s website during April, which can be viewed now. With as much ambition as there is artistic talent involved, we caught up with Ayres and Matter to untangle the knotted roots of KITH & KIN.

A Place To Hang Your Cape: What inspired you both to create an anthology that explores family life as a metaphor for horror?

Brittany Matter: I’m not sure I thought about it that way, but that’s how it ended up!
I think there are aspects of family life that can fall under the genre and we sought to poke at those aspects, to dig deeper into what makes a small interaction between family members explode into something so much more for one or all the people involved, and then what external forces are at play in those situations.

What inspired me the most was taking something I’m familiar with, family relationships that is, and challenging my writing skills in the horror genre. It’s not my typical genre since it scares the bejeezus out of me – I mostly write in the sci-fi and fantasy realms, but I found there’s a lot of freedom in horror to explore the darker sides of the family unit and then stay in the dark.

Heather Ayres: I am really drawn to horror in general—especially when it comes to using it as a way to explore something so everyday like interactions between family members. Two of my all-time favorite books, Mary Shelley’s Frankenstein and Han Kang’s The Vegetarian, are books that do this so masterfully and are something that I strive to emulate in my own writing.

I would agree with Brittany that using horror as a way to get into shedding light on the struggles within a family really allowed us to freely go into the depths of those experiences.

AP2HYC: What is it, do you think, that makes family drama and horror complement each other?

Matter: I think horror can enhance the monsters or demons that already exist within the concept of family drama. So it’s more like a tool for exaggeration, and one to create suspense and mystery around why family drama exists in the first place—is it all because of nurture or nature and how far back generationally can we all go to discover the root of the problems that families face today? Do these problems come from a dark place, a supernatural place even? And that’s where horror can help answer those questions, maybe as easily as others, but it offers something extra, and not necessarily the creepy crawlies, more like the intense feelings that come with it.

Ayres: Families are such strange human groups to begin with that I think horror amplifies that fact. There are also archetypes within families and within horror that I think parallel one another beautifully—like an authoritarian father and a vampire cult leader. 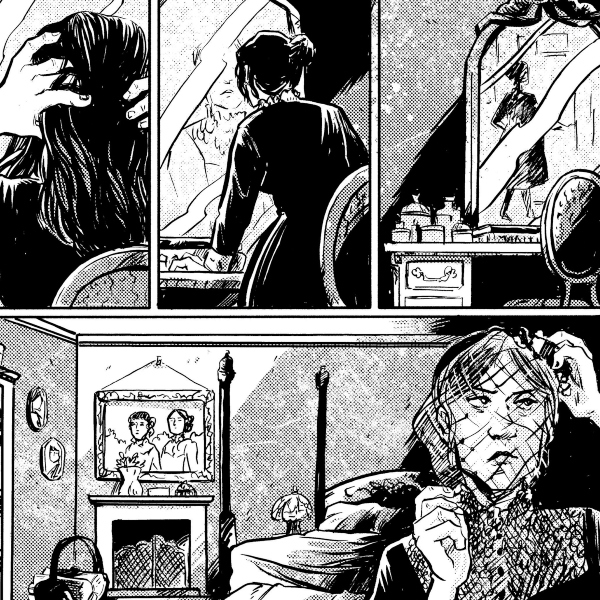 AP2HYC: What other themes may be branching out of the anthology?

Matter: A few themes crop up throughout the comics, like family comes first and a house divided, and we often pepper in the concept of family dinner and what happens around that shared space.

Ayres: The one thing I kept circling back to while we were writing this anthology was the idea of catharsis after struggle and how love can be used to come out on the other side. I think redemption is such a strong theme throughout so many of these stories too.

AP2HYC: How did the pair of you join together on this anthology?

Matter: It was after several comics and prose rejections followed by a burning desire to make comics and collaborate on something.

Ayres: We’ve been friends for ages and after collaborating on one another’s work, it seemed long overdue that we should create something together. 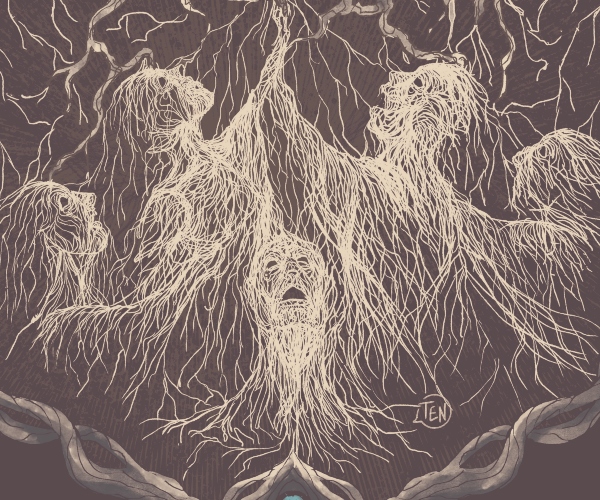 AP2HYC: What kind of artistic styles were you after for the anthology and has that changed since the artists themselves have come on board?

Matter: We split up the artist search to get a variety of options and see what we both brought to the table. I started looking for artists that were adept at heavy contrasts and found myself drawn to artists that dabbled in the supernatural. For me, I think it changed somewhat when we both started finding folks who could create connections between characters across the page; and if their sequential samples in their portfolios spoke to us and the characters we wrote, then we contacted them.

Ayres: More than style, I looked for how artists were able to convey relationships between and their sense of movement on the page.

AP2HYC: Does KITH & KIN take any artistic inspirations from other comics?

Matter: Maybe inadvertently. I would say that horror comics like Kurtis Wiebe and Riley Rossmo’s Green Wake and Pornsak Pichetshote and Aaron Campbell’s Infidel inspired me for the scarier stories, while the character building in Buffy the Vampire Slayer and David Andry and Paul Schultz’ The Wild Uncertain inspired others.

Ayres: I would agree with Brittany. We didn’t intentionally draw inspiration from any one source, but as avid readers of comics I think we couldn’t help but be impacted by other comics. 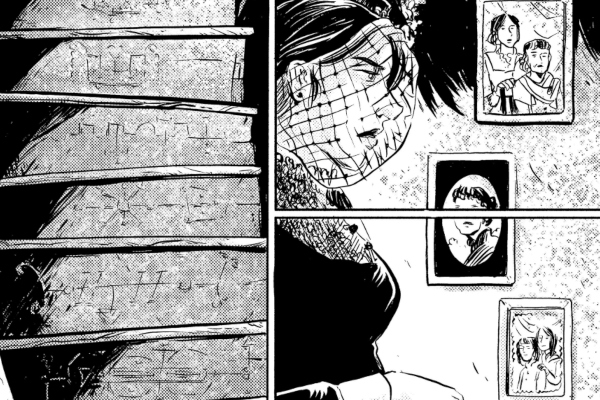 AP2HYC: Why pursue an anthology root itself?

Matter: We had a lot of ideas for short comics that we wanted to explore and always planned to have multiple artists, so an anthology seemed like the answer.

Ayres: Why do one when you could do them all?

AP2HYC: How did Vanderbilt University join the comic?

Matter: I found their publication, Nashville Review, on Submittable. We decided to submit one of the comics from the anthology, Spitting Image, with artist and letterer Sally Cantirino, and they accepted it. It took a few months, but they were as excited as we were about it! It’ll be available for free online here on April 1.

AP2HYC: How might you hope readers respond to KITH & KIN?

Matter: I hope readers find KITH + KIN relatable and relevant to their own experiences with family and even friends since they can be as close as our blood bonds. I also hope that they find an artist that they’ve never heard of and start following them, and in a sense expand the comics community.

Ayres: My hope would be that they enjoy it and find something of themselves within the story and find comfort that they aren’t alone—something I think we’re all too familiar with.

You can discover more about KITH & KIN via its Kickstarter campaign as well as by following Ayres and Matter on Twitter. Will you be backing the comic? Let us know in the comments section below or send us a Tweet!