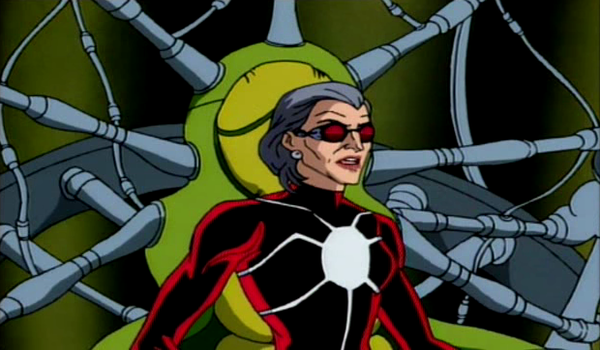 In the Marvel Universe, there are an awful lot of superhuman superpowers to contend with, and telepathy arguably seems like a particularly awesome one to possess. Giving you the ability to see into the minds of others, it clearly has a lot of upsides, from being able to instantly detect a lie to knowing a person’s deepest, darkest secrets.

One thing that’s interesting to note about the characters who possess such a kickass power is how many of them are female. From lesser-known names such as Mantis through to the mystic Madame Web and central figures like Jean Grey, there are lots of ladies with the ability to delve down into our psyches and see what’s inside.

Here are three of the most powerful, complex, and interesting for you to revisit.

First introduced to movie-goers in Guardians of the Galaxy Volume 2, where she was played by Pom Klementieff, Mantis is a cosmic heroine with a mind-blowing power: she can feel everything those around her do. Less a mind reader and more an empath, Mantis is able to experience the emotions of others as though they’re her own, as well as having some seriously amazing martial arts abilities to boot. Throw a degree of foresight into the mix and a psychic connection with certain plant life, and she really does make for a complex and fascinating member of the Marvel universe.

Featuring heavily in the animated Spider-Man series that aired in the 1990s, Madame Web was the most mysterious of figures. Alias Cassandra Webb was the victim of a condition known as myasthenia gravis, which not only rendered her blind but meant she was continually plugged into a life support system that resembled a spider web. Able to perceive information far beyond the reach of her own paltry senses, meaning she could not only mind read, but also see glimpses of future events before they occurred. A fictional character she may be, but she does share many traits with real Clairvoyants, such as those you can find on online services such as TheCircle, whose Psychics provide readings and predictions in all shapes and forms.

Most recently embodied on screen by Games of Thrones’ alumni Sophie Turner, Jean Grey also deserves a place on this list. As one of Charles Xavier’s original students, she’s an arguably key character in the mythos that surrounds the X-Men.

Starting out as one of the weakest links, she develops into a force to be reckoned with – and she just so happens to also be telepathic. Hearing people’s thoughts since her childhood, she struggles for a long time to keep a lid on her abilities, although they eventually manifest themselves in the most dramatic of ways.

Widely considered to be one of the most powerful psychic warriors in-verse, Jean can not only liaise with and influence others telepathically, but commune with animals too. Even more excitingly, perhaps, she can also enhance the abilities of her fellow mutants by infiltrating their minds and taking over their thoughts.

Tell us, isn’t it time you went back to the comics and reminded yourself of exactly what it is that makes these three female warriors so wonderfully complex and enjoyable?