Home » Walking Distance Is a Personalized Story About Womanhood 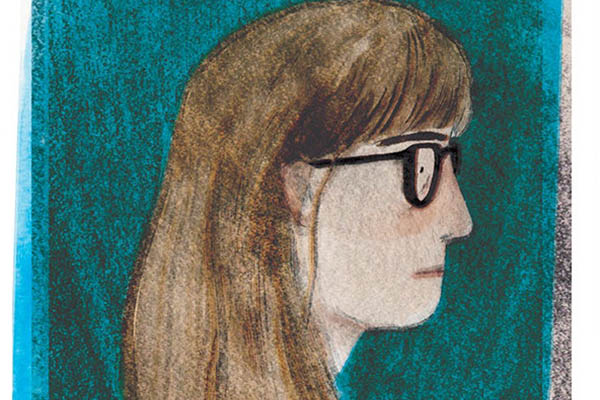 Walking Distance is the newest graphic novel written and illustrated by Lizzy Stewart, and published by Avery Hill Publishing. Stewart is a London based illustrator and established children’s books author with some of her previous work including There’s a Tiger in The Garden, Juniper Juniter and The Way to Treasure Island.  Walking Distance is a personal story as Stewart shares the considerations she has made over the years about being a woman, and the expectations she feels people have about her.

This comic has a very promising beginning as Stewart describes film scenes she loves about women, her favourite films, and female actors. Her ability to explain with minutia what she enjoys about these scenes, people and films is utterly fascinating. It gives the reader a good sense as to who the narrator is and what makes her unique through her simple interests. This is a perfect setup for the rest of the comic as it paints the idea of women walking, moving and changing.

However, after this promising beginning, the comic diverges from a linear narrative with plot to a stream of consciousness approach. This forces the story to develop in a less interesting way as the narrator addresses several social issues without going deep enough into any of them. Make no mistake: her points are completely valid. However, it would be nice to hear more about her take on the patriarchy, the NHS cuts, the relentless disappearance of the arts in schools, etc. Stream of consciousness is a tricky writing style, as people tend to lose interest unless what they’re reading is blatant, or new, or over the top. Walking Distance doesn’t follow any of these. 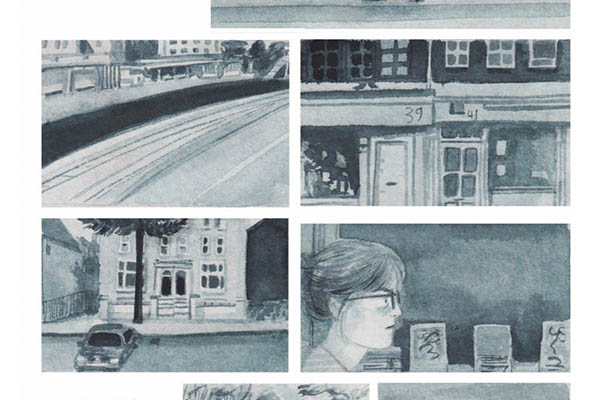 Additionally, for a stream of conscious narrative, I wish this comic was more personal. We get glimpses into Stewart’s personal life through her talks about her mother and her take on pregnancy. However, these gems are hidden by her takes on current issues. It’s as if Stewart feels pressured to feel relevant rather than embracing the fact that people are interesting and it’s interesting to hear their personal stories. I found myself constantly being drawn to her personal life rather than her opinions on current events and I wish she could see that her own life was the more interesting of the two.

The artwork shows Stewart’s mastery and skills for illustration. Her watercoloured imagery is evocative. She uses her drawings to express abstract concepts in an original manner. Stewart never shies away from experimenting with different styles throughout; she uses cold colours and then warm colours, stylised black and white figures with a clear silhouette only to reverse it later. Her colour palette changes quite frequently; but it doesn’t seem to be connected to a change of mood or theme, or follow a structure.

Memoir is not easy to write. It requires baring your soul to an audience that you will never see. There are glimmers of a successful memoir in this comic but it ultimately fails to stick the landing by focusing too much on the present and not enough on the past. However, Stewart’s imagery is absolutely beautiful and her artistic skills cannot be ignored. She lives a fascinating life and we hope she will share more with us in the future.

You can purchase your copy of Walking Distance through Avery Hill Publishing’s website. Have you had a chance to read this personal memoir? Let us know in the comments below or send us your thoughts on Twitter!