Home » 6 Ways To Revive Pirates of the Caribbean

Ye come seekin’ adventure and salty old pirates, eh? Well, no one expected to find such fun and adventure in the Pirates of the Caribbean films. Based on the beloved Disneyland attraction, the five movie franchise created a hugely popular brand for Disney. Yet, by the time its fifth installment came out, the passion had gone, leaving the franchise as dead as the pirates it immortalised.

The films catapulted Johnny Depp into stardom, whilst Captain Jack Sparrow has become an institution unto himself, though Depp’s performances in each sequel grew more sluggish and tiresome. Still, recent claims have suggested Disney are lobbying for Depp to return to the franchise. The blowout of alleged abuse between Depp and Amber Heard may yet keep the Disney Legend away from his tentpole franchise. We explore six ways that Disney could set sail again with their staple adventure series. 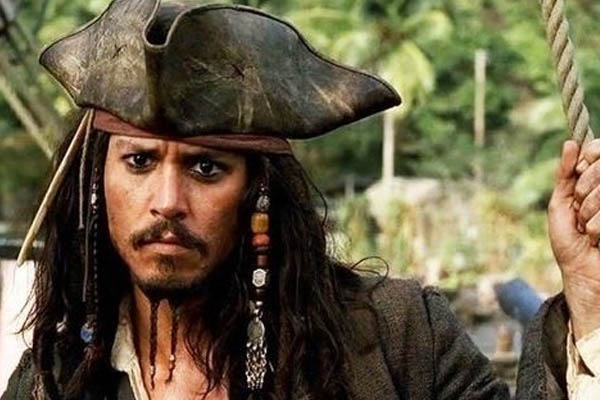 The first film, Pirates of the Caribbean: The Curse of the Black Pearl had a relatively easy-to-follow plot. The four sequels that followed adopted more complex plots, often with too much crammed in. Too many characters, plot threads, and head-scratching lore. At World’s End, the third film, entered production with an incomplete script! The fifth film, Dead Men Tell No Tales, fractured the continuity. Gore Verbinski strived to make the original trilogy character driven, though this was lost during the later installments.

A more straightforward, interwoven story, where the marine mythology and swashbuckling plot serve the characters rather than the other way around is what this series desperately needs. The first film did this fantastically, giving every character motivations and depth, while the curse was terrifying and a little tragic. The second and third films in some respects carried this on. Carrying a level of human intimacy, even amongst all the drunken duels, wacky shenanigans, and voyaging, is crucial to telling a good story.

02. Question the Nature of Being A Pirate 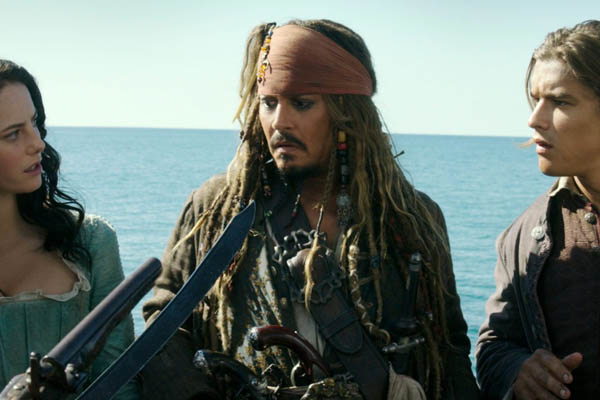 Since the days of Treasure Island, piracy has been romanticised as adventurous and swashbuckling fun. Historically, not so much. Many pirates were desperate men who turned to crime to escape the harsh conditions on naval ships. Pirate crews were surprisingly diplomatic as well. This urge of freedom is personified by Captain Jack Sparrow, who wishes to sail the seas eternally.

Before he became his own legend, Jack shared a sense of desperation and vulnerability to Elizabeth. He invented his own myths to form a sense of identity. Jack’s image is everything to him; his hat, his ship, his insistence on being called “Captain”, this all contributes to his desire to be remembered and immortalised. Even when Commodore Norrington denounces him as a terrible pirate, Jack is just thrilled he has been heard of.

Another subject that could be discussed is the dark nature of being a pirate. Will and Elizabeth served as our representatives into the world of pirates, seeing them with distrust and fear, reluctant to work with them. By the third film, all the pirates became rebellious heroes, fighting for their right to pillage, plunder, and murder. No matter how good Elizabeth’s speech, it can’t hide the fact these characters are fighting for their right to commit crime.

If a revival were to include an ensemble cast, it would make for a fascinating character study to see why and how a person became a pirate. What drove them to piracy? Why do they do it? Do they like pirating? Do they do it for freedom or recognition, to fulfill their dark desires, or for other reasons? There is endless potential to be found in this type of setting.

03. The Golden Age of Piracy 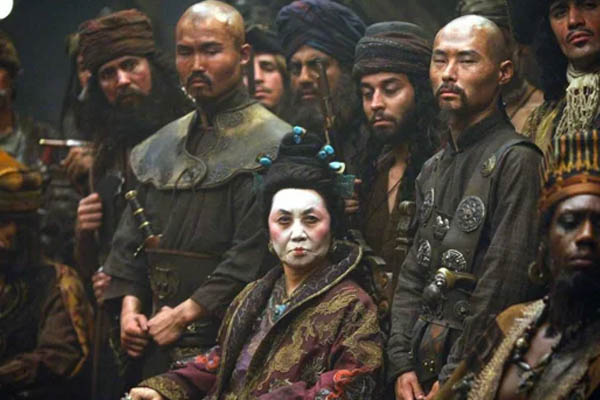 Pirates of the Caribbean is set within a vague timeline between the 1720s and the 1750s. This sets the movies on the tail end of the Golden Age of Piracy, which ends in the 1720s. Historically, piracy was prominent in the Caribbean from the 1670s to the 1710s, ending when mass pardons were given to pirates. There were several prosperous pirate havens in this period, including Tortuga, New Providence, and Port Royal.

It was during the Golden Age when the most famous pirates were active. Blackbeard, played by Ian McShane, appeared in the fourth film On Stranger Tides, alive years after he was historically decapitated in battle. Rather than do a flat out reboot of the franchise, prequels could be set during this period.

There is a lot of stories and iconic pirates to explore in this period. A few examples include the likes of Jack Rackham, Anne Bonny, and Mary Read, the 18th century equivalent of the Barrow Boys; the buffoonish gentleman pirate Stede Bonnet; Sir Henry Morgan, who would get such good fortune, he’d become the Lieutenant Governor of Jamaica; William Kidd, who deified the myth of buried treasure; or even Blackbeard himself could get a spin-off. 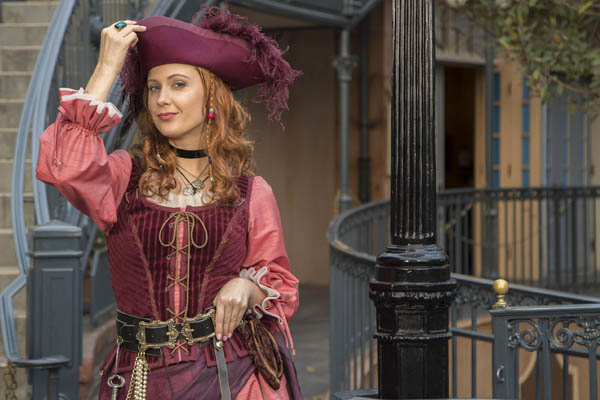 The biggest question to ask is should Captain Jack Sparrow remain the main character? He is the face and primary success of the franchise, but Johnny Depp’s popularity isn’t what it used to be. Depp’s performances in the later films felt tired. Perhaps it is time to leave Jack behind and introduce a new lead.

The most recognised character in the Disneyland attraction has to be Redd, formerly known as the Redhead. For fifty years, this femme fatale was being sold off at an auction, with infamous cries of “We wants the redhead!” by lusty pirates. To keep up with the times and common dignity, the auction scene was revitalised in 2017 to involve selling off treasure and rum. Redd is now a pirate through-and-through. This change caused some controversy amongst theme park purists, as change often does.

Redd would be a great way to introduce new audiences to the franchise beyond Jack Sparrow. Redd could be a character who isn’t a goody two-shoes, but would dive headlong into a life of piracy and rum-soaked adventure – similar to Elizabeth, but from a lower class and perhaps a little more eager to jump onboard the nearest galleon. A witty, adventurous, but slightly more immoral female lead in a Pirates film would be a great new direction to take the series. 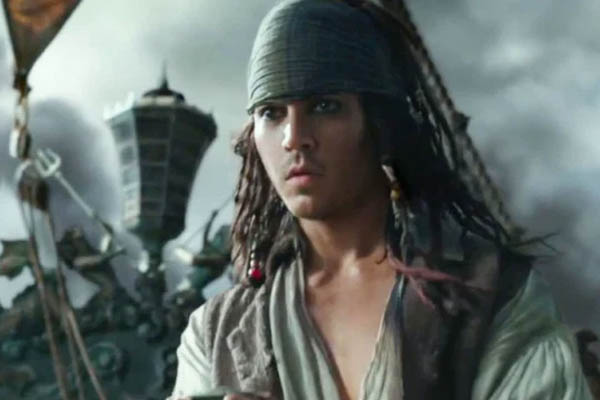 The logical option Disney would take to keep Jack Sparrow as the central face of the franchise would be to do prequels. The fifth film introduced us to a young Jack, played by Alex De La Torre, though his face and voice were replaced by Depp’s.

Exploring Jack’s backstory and early adventures would be a fun romp. We could learn how he developed his signature look and swagger, and how he met the likes of Barbossa and the like. This would allow a lot of the original cast to reprise their roles (aided by a little de-aging CGI). Jack’s father Captain Teague, played by Keith Richards, could be fleshed out as well.

Thirteen Jack Sparrow youth novels were published a few years ago. These involved a teenage Jack forming his first crew, sailing across the seas, and getting involved in supernatural quests, tangling with sea monsters, ghostly pirates, and characters who he would meet in the movies. There’s a mountain of source material to use. 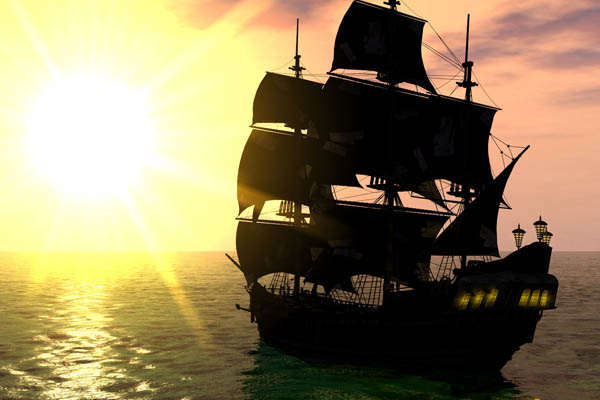 This is a bit of an easy idea, but a likely prospect as well if Disney decide to start hammering tentpoles again. Hearsay suggests that Jungle Cruise may be the first installment of a new cinematic universe for an expansive action-adventure franchise. If Pirates of the Caribbean was not to return, then Disney may adopt a new brand as their major adventure franchise.

In the themes parks, there is the Society of Explorers and Adventures (or S.E.A.), a league of early 20th century adventurers who specialise in uncovering mysteries. Indiana Jones is a member of this group, whilst a number of worldwide Disneyland attractions are connected together. Pirates of the Caribbean is included, so it can be vaguely tied into this potential new movie universe.

Another idea is to expand the world of Pirates of the Caribbean, focusing on new characters as mentioned above. What if this franchise went to other seas, like Chinese waters, Madagascar, or the Spanish Main? Piracy didn’t just occur in the Caribbean. The entire franchise may depend on Johnny Depp doing a drunk impersonation of Keith Richards, but it doesn’t have too.

There are new courses to set sail for Pirates of the Caribbean, but only if the interest is still there. The other alternative is to create a Disney+ exclusive film or episodic series. Or, let this franchise and genre sink down to the depths. Mark me words well: Dead men tell no tales.

Would you like to see a revival of Pirates of the Caribbean? Should Johnny Depp return to lead new movies or should Disney try something new? Let us know in the comments section below or send us a Tweet!