Home » Reanimator Incorporated Brings the Horror Back to Life 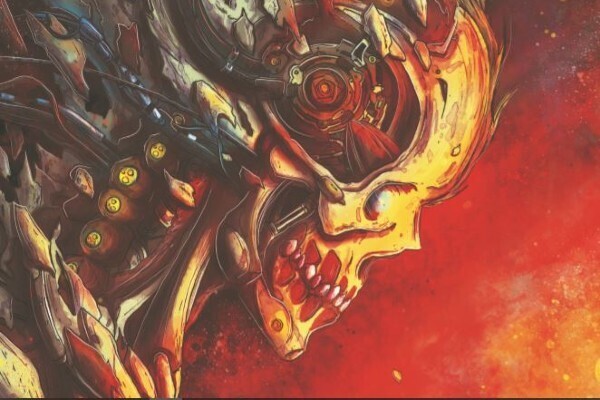 What could go wrong, reviving a property all about the perils of reanimation?

Probably nothing, the protagonists of both the movie The Re-Animator and the preceding H.P. Lovecraft story would say, and I would be inclined to agree considering how cool each of those turned out to be in the end.

Reanimator Incorporated is a limited 6-issue series coming to Kickstarter on May 20th. We got to read the first chapter ahead of its launch next week, and this first instalment shows promise for a story that respects the history around Lovecraft’s, the sentiment of its existing adaptation, and provides some fresh concepts, characters and corpses. You definitely do not need to be familiar with either piece of material beforehand to jump into this comic, but that said, existing fans will certainly be able to recognise pieces of the old story in this new monster.

Reanimator Incorporated doesn’t follow the characters of the original short story, nor those of the cult 1985 movie. Like that movie with Lovecraft’s story, though, the comic steals some of the same names so that it’s easy to draw clear parallels. Re-Animator Incorporated focuses on radical scientist Herbert West, his son Mike, their respective Lovecraftian experiments, and the woman bankrolling them both, Erica Clapham-Lee. The familial contest and tension between this father and son is immediately foregrounded, this tension propelling each character to follow their experiments to their tragic ruin. 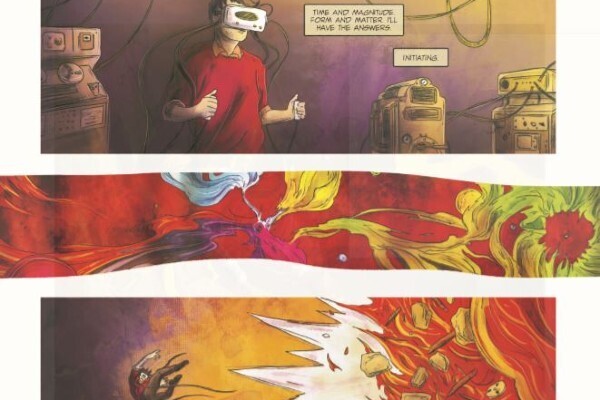 It’s intriguing that Incorporated follows the story of two ‘Wests’, their namesake ‘West’ being the protagonists of both Lovecraft’s original story “Herbert West-Reanimator” as well as of its adaptation. This first chapter is evenly split between both Herbert West and Mike, as well as Erica: a triplet of morally grey characters, all of whom could lead the story and all of whom, therefore, are expendable in favour of both the others. That type of tension’s great in a horror story, but it also speaks to the thought put into these three balanced characters by writer Andy Perry, who took time to give all three a proper introduction in this issue. Erica is set up as an antagonist for the other two, playing each for her own end, whereas the Wests’ personal ambition and hubris gives rise to the series’ horror.

Herbert West’s introduction includes the first set piece of the story, how West’s reanimation process is reimagined: a tall contraption growing from the ceiling, surrounding the dead subject like a dentist’s chair, and lifting them up in crackling bursts of yellow energy, swirling the matter of the corpse like a fluid. The corpse vanishes in a burst of light and a few minutes later reappears: reanimated. As suggested by the comic’s title, this is a modern Re-Animator. Indeed, West and his partner Cain have done away with a small serum. The technology at hand is bigger, more terrific, and it incorporates Lovecraftian imagery with our modern retrospective of the writer’s famous corpus.

That is where West’s son, Mike and his own experiments enter the story. Another groundbreaking technology: a mental bridge to a bizarre, unearthly realm. When Mike steps into this unusual world – the panels bleed out into the otherwise rigid gutters of the comic. Artist Lyndon White’s hellish imagery in these sequences introduces something different, unexpected in the classic “Herbert West-Reanimator” story and uncomfortable for its existing characters.

There is no-one this applies more to than Herbert West. Herbert, the father, is named directly after the obsessive scientist who led the original story. Here, he is a remnant of the zeitgeist’s memory of that story, with all the familiar beats from the movie’s poster. His clothes are loose and messy; his complexion is pallid, ghoulish from overworking. He’s not a typical mad professor, but he is evocative of Jeffrey Combs’ Herbert West. He won’t be prepared for the larger Lovecraftian cosmos that his son has begun to toy with.

The style and the scale in the first issue of Reanimator Incorporated looks to just be the tip of the iceberg. Perry and White have lived up to the name, incorporating the Re-Animator mythos into a new plane of horror.

You can currently back the project on Kickstarter until June! Will you be reading Reanimator Incorporated? Let us know in the comments below or send us your thoughts on Twitter!