Home » Artemis Fowl: A Frustratingly Dull Adaptation No One Asked For 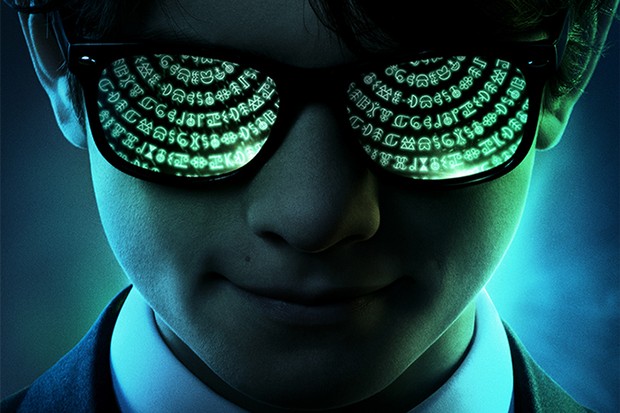 Artemis Fowl is the latest film adaptation of a beloved YA fantasy novel series. I have never read Eoin Colfer’s books, but that might be a good thing, as I would likely have raged at how awful this film is. Instead, I found myself frustratingly bored watching this empty, hollow train wreck of a fantasy flick.

It has been in development hell since 2003, going through many directors and scripts, until Kenneth Branagh got into the director’s chair. It was filmed a couple of years ago, delayed repeatedly, until receiving an unceremonious release on Disney+. A bland release for a bland film. Artemis Fowl underwent reshoots and heavy editing, leaving us with a confused, dull mess that has been Frankenstein’d together.

The biggest headache watching the film was the constant barrage of exposition delivered in every scene. The film is chained to a frame narrative featuring Josh Gad’s dwarf character Mulch Diggums, who is being interrogated by a shady government agent in a remote prison. Olaf speaks in a gravely, Batman-esque voice whilst giving his narration, detailing characters’ motives and personalities like reading off their Wikipedia bios. Just about every member of the cast is introduced in this manner. Nothing is allowed to unfold on its own without being explained repeatedly. I lost track of how many times the characters explain what the Aculos is.

Artemis Fowl (Ferdia Shaw) is a 12-year old Irish protégé, living with his dad Artemis Sr. (Colin Farrell), an antiques dealer. Artemis’ dad has been teaching him about the magic and tricks of the Irish fairfolk, the Tuatha De Danann, and how to overcome them. Artemis just assumes this is a fantastical hobby. Turns out they were all true when Artemis Sr. is kidnapped by evil fairy Opal Koboi (an uncredited Hong Chau), who wants Artemis to find a relic called the Aculos for evil generic purposes. Artemis learns his dad has been stealing antiques related to the mystical realm for years, and his entire family are part of a criminal empire. Artemis harnesses his father’s fairy weapons to find the Aculos and save his dad.

To do this, Artemis decides he must kidnap a fairy. The unlucky duck is Holly Short (Lara McDonnell), a scout for the L.E.P. Recon police force, who breaks protocol to learn what became of her disgraced father Beachwood. When Holly is captured by Artemis, the entire L.E.P. force, led by Judi Dench as Commander Root, set out to storm the Fowl estate to rescue her. Gad’s character Diggums is later hired to infiltrate the house, whilst Opal convinces Briar Cudgeon (Joshua McGuire), a slimy fairy official, to pull the strings to acquire the Aculos for Opal’s new world order.

The movie fuses the first two books together, creating a boring film where somehow so much and nothing happens at the same time. For a 90-minute movie, it just drags. The reshoots appear to have dominated the final outcome of the film. Virtually none of the footage seen in the first 2018 teaser trailer appears in the final product. Farrell filmed all of his scenes in three days, so perhaps the script and movie were reworked entirely to incorporate the plot from the second book. Opal, who is a major antagonist in the books, is completely underwhelming; a vague figure in a hoodie who does nothing but delivers the old “humans are bad” spiel.

This is Ferdia Shaw’s acting debut, but the lad is given nothing to work with. Artemis is so poorly written as a character that Shaw’s performance is wooden at best. In the books, Artemis Fowl is an anti-hero, greedy, difficult, and is actually a criminal mastermind. The film informs us that he is a genius, but Artemis does very little to demonstrate this onscreen. Artemis is very stale and immobile as a character, stripped of his edgier qualities to become a pouty cipher. The filmmakers likely wanted Artemis to be more likable, at the cost of lobotomising his personality.

Colin Farrell is wasted, Judi Dench looks consistently bored, and Josh Gad looks like he’s cosplaying as Hagrid. In some sense of role reversal, Mulch Diggums is portrayed as a tall dwarf, whilst Hagrid was a short giant. Diggums is the weirdest dwarf I’ve ever seen. He digs underground by expanding his mouth, eats the dirt, and then, well, poops it out. This calls for some dodgy, computer-generated body horror. When he’s not depositing exposition, Gad is dropping pop culture references like he’s Star Lord. Okay, David Bowie getting mentioned as secretly being a fairy, whilst doubling as a Labyrinth joke was the one time I actually laughed.

Only Lara McDonnell’s performance comes off as truly engaging, and she’s trying her damned hardest even with the poor dialogue. But, even her casting has brought up some uncomfortable issues. In the books, Holly (and all the fairies) are described having copper-coloured skin, whilst they were all whitewashed in the film. Another major casting issue was Nonso Anozie as Artemis’ manservant Butler, who is a Eurasian in the books. So they cast a black man as a subservient butler whose last name is Butler? They even play up the “scary black man” archetype when explaining who he is. Good grief! I almost forgot to mention Butler’s niece Juliet (Tamara Smart), who is described as Artemis’ best friend, but is such a non-character, she might as well have been cut.

The fairy capital Haven City is at least unique for how it portrays the fairfolk as technomagic users who live in an underground Tomorrowland. Still, they seem to develop new magic as the plot demands, able to freeze time to go all Men in Black when humans encounter their kind. Meanwhile, Artemis and Butler are dressed like they are cosplaying MiB, whilst copying both Spy Kids and Richie Rich at the same time.

Kenneth Branagh is a very good director, and has had past experiences with other fantasy films (Thor, Cinderella, and Harry Potter). Here, whether it be a lack of understanding of the material, troubles during production, or just a lack of enthusiasm, Branagh fails to create any sense of enjoyment, fun, or wonder in the movie. I’d recommend any fans of the books to not bother watching this film, or suffer from a pathos like no other.

Artemis Fowl is not the worst movie adaptation, but is by no means a good or even memorable one. It is clear that over the past two decades, nobody involved in making the film had any true interest in putting effort into its creation. Disney have been on a rough road adapting and diluting popular books and stories for the sake of profit-based brand recognition. Just look at A Wrinkle in Time and The Nutcracker and the Four Realms. They likely knew Artemis Fowl would be a dumpster fire, releasing it on Disney+ to not face a fallout from the $125 million they put into this miserable movie.

If you want to watch better movies about Celtic mythology, I’d recommend the animated films by Cartoon Saloon, or even Disney’s own classic Darby O’Gill and the Little People.

Have you watched Artemis Fowl and what did you think of it? Leave a comment below or on our Twitter feed!