Home » Captain Marvel 2: How Can the Sequel Go Higher, Further, and Faster? 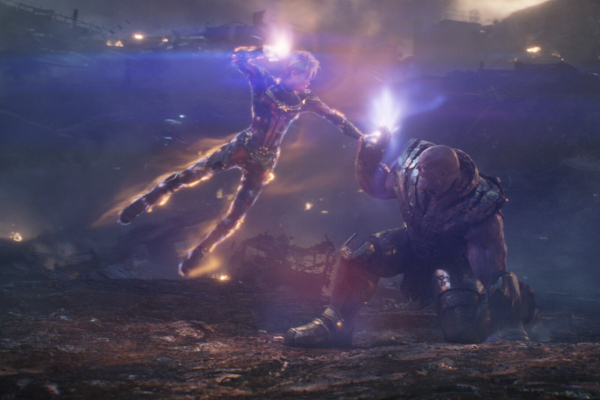 Captain Marvel 2 is expected to hit theaters on July 8, 2022, as part of Phase 4 of the Marvel Cinematic Universe. The female-fronted film sits alongside other big names such as Doctor Strange in the Multiverse of Madness and Black Panther 2. Besides the release date, the only other information we know about the film is that Megan McDonnell is set to write the script.

In addition to her work on Captain Marvel 2, McDonnell is working on Disney+ show WandaVision, also slated for Phase 4. McDonnell‘s hand in both Marvel stories creates speculation about a potential crossover between the two. For example, Teyonah Parris has been cast as Monica Rambeau in WandaVision, which may hint that the character could take on a more significant role in Captain Marvel 2. Monica Rambeau, daughter of Carol Danvers’s friend Mariah, eventually takes on the title of Captain Marvel in the comics. The film could begin building towards this transition, similar to how Steve Rogers passes the shield on to Sam Wilson at the end of Avengers: Endgame.

Besides the possible incorporation of Monica Rambeau in the film, Brie Larson has mentioned that she would like to team up with Ms. Marvel in the sequel. This could tie-in with the upcoming Ms. Marvel show from Disney+, also slated for Phase 4. Kamala Khan, the 16-year-old girl behind Ms. Marvel’s mask, adapts name from Carol Danvers’s Captain Marvel.

On the topic of potential crossovers, in the comics Captain Marvel is a member of A-Force, an all-female team of Avengers fronted by She-Hulk. Marvel has already announced a She-Hulk show set to stream on Disney+ in 2022. Because the show comes out around the same time as the movie, it is possible that Carol Danvers could team up with Jennifer Walters. Actors Brie Larson and Tessa Thompson have both spoken about their desire for an A-Force film, and Captain Marvel 2 would be a good start to introduce the team. 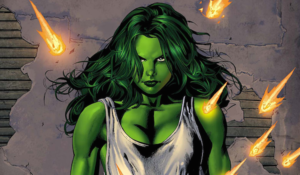 Because the “original six” Avengers storylines were meant to end with Phase 3, we can expect Captain Marvel 2 to take place following the events of Avengers: Endgame. This follows the example set by Spider-Man: Far From Home, which takes place after the blip and shows audiences what the MCU could look like in the future. If the sequel takes place in a post-blip world, we can assume that Carol Danvers will still be rocking the short hairstyle that she donned in Endgame, and she and other characters could develop their own plotlines without the original six.

One important character who may appear in the sequel is Talos, a Skrull introduced in Captain Marvel. Should the film take place after Spider-Man: Far From Home, Talos and the Skrulls could return. As we see in the end-credits scene, the Skrulls help Nick Fury take a much-needed vacation by assuming his form and role in S.H.I.E.L.D for a bit. From Captain Marvel, we know that the Skrulls have been working with Fury since Blockbuster was around. If the Skrulls still have a presence on earth, which we know they recently have, they could appear in Captain Marvel 2. At the end of Far From Home, Talos calls Fury back to earth, so he may also make a reappearance.

On another note, Captain Marvel will ultimately need an antagonist to pose a real threat. This provides a unique challenge because, as audiences saw in Avengers: Endgame, Captain Marvel is an extremely powerful hero. Considering the fact that Thanos himself couldn’t take her down without punching her with the power stone in his hand, she will need an incredibly powerful villain to square off against in her next film.

ScreenRant theorizes that Captain Marvel 2 could be setting up Galactus as a major villain for Phase 5. The Heralds of Galactus, who scout out planets for Galactus to consume, use powers bestowed upon them by the villain. This would allow The Heralds to have the necessary means to pose a serious threat while also introducing Galactus to the MCU. The group could scout out Earth as a potential planet for his consumption, generating conflict for Captain Marvel 2 and setting up a future for Galactus. This would mirror how Thanos’s underlying presence before his starring role in Phase 3.

With a couple of different options for crossovers or villains, who do you think we’ll see in the sequel?

Do you think Goose will appear in the new film? Will the movie have a soundtrack as awesome as the first film? What do you think the Skrulls have been up to other than impersonating Nick Fury and Maria Hill? Sound off in the comments or send us your thoughts on Facebook or Twitter!