Home » Eighties, Enemies, and Eagle Armor: What Can We Expect From Wonder Woman 1984? 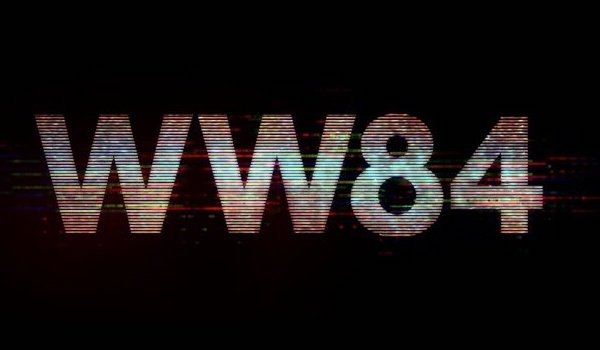 The release of Wonder Woman 1984 has been postponed until October 2, but that doesn’t mean we should postpone our excitement. If the trailer and the first film, Wonder Woman (2017), are any indication, WW84 is going to be totally rad.

Wonder Woman (2017) was the groundbreaking first installment in a projected trilogy of Wonder Woman films. Widely acclaimed by critics and casual fans alike, it made history as the highest-grossing film ever directed by a solo female director. Wonder Woman took place during the First World War, and followed Wonder Woman (Gal Godot) through her upbringing as an Amazon, meeting with Steve Trevor (Chris Pine) and—spoiler alert—defeating the war god Ares.

In WW84, Gadot and Pine will resume their roles as Diana and Steve, and Patty Jenkins will return as director. The personnel is present for a great sequel; the question is what they do with it.

The trailer for WW84 offers a few intriguing glimpses of what Jenkins has in store for us. Some of these images are familiar. Wonder Woman whips out her Lasso of Truth, first in a mall and later in the White House. She can still deflect bullets with her wrist cuffs and move with impossible speed. And the trailer promises more flashbacks of Wonder Woman’s Amazonian training, with Robin Wright and Connie Nielsen returning in their roles as Antiope and Hippolyta.

Other scenes hint at new and exciting developments. For example, the face of super villain businessman Max Lord (Pedro Pascal) appears on dozens of TV screens. And, though she’s not in the trailer, Wonder Woman will also come face-to-face with another classic arch-enemy: Cheetah (Kristen Wiig). But equally exciting is the sneak-peek at the big screen debut of Wonder Woman’s Golden Eagle armor. Her classic outfit is iconic, but, it’s hard to beat the full-body gold plating and gleaming wings.

Wonder Woman herself appears to have developed as a character in the best way possible. Gone is the charmingly awkward Diana struggling to adjust to the ordinary world. In WW84, we can expect to see a more mature version of her character. She seems comfortable and confident in the modernizing world, but still mourns the loss of Steve Trevor. And as far as dialogue and battle scenes go, Wonder Woman has all the spunky charisma we know and love about her.

In many ways, the 1980s setting for WW84 makes perfect sense. Nostalgia for the ’80s seems all the rage right now, from Stranger Things to Weezer‘s cover of “Africa” by Toto.  Everything about the WW84 trailer fits into this trend: the neon logo, the New Wave music, and even the mall escalators. But on a deeper level, 1984 could be the perfect time for Diana to shine. In Wonder Woman, her confidence and strength raised suspicion, and she had to learn to fly under the radar. But in the wake of second-wave feminism, those same qualities could reinforce her heroism. Even her outfit and armor look less out-of-place in a world that has lived through the era of glam rock. On top of that, Jenkins described the ’80s as “mankind as its best and worst.” WW84 will deal not only with superheroes, but also with the complexity of human nature.

For all it tells us about WW84, the trailer also raises a few questions. Several scenes focus on Diana’s reunion with Steve, who presumably died in Wonder Woman. How did he escape the clutches of death? How did he get to 1984, apparently without having aged a day? Or does his appearance in the film indicate that WW84 exists on a separate timeline from Wonder Woman? And then there’s the question of Cheetah. A promotional image shows a decidedly human Kristen Wiig clad in cheetah-print clothes, but her feline form remains a mystery. Presumably, the cat version of Cheetah will fall somewhere between the anthropomorphic abominations from Cats (2019) and the hyperrealistic CGI of The Lion King (2019), but exactly what she will look like remains to be seen.

Wonder Woman will be a decidedly tough act to follow. However, the potential for a great film seems to be there. And even if the thematic depth doesn’t quite live up to our hopes, the epic lasso battles and wicked cool armor will probably be enough to make it worthwhile.

What do you want to see in Wonder Woman 1984?  Let us know in the comments below or send us your thoughts on Twitter!