Home » Fun and Feels Keep Guardians of The Galaxy Vol. 2 Among MCU’s Best 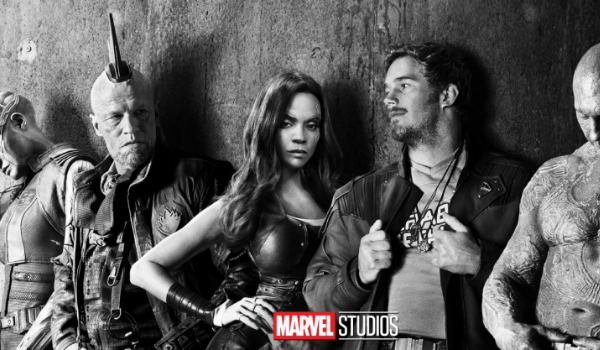 Guardians of The Galaxy Vol. 2 (2017) delivers a science fiction triumph. It places itself within the top tier of the Marvel Cinematic Universe (MCU) even against the potent slate of films that have debuted since it’s release. It improves in most ways upon the original Guardians of The Galaxy.  No small feat considering the popularity that movie had with the then obscure property. We begin soon after the events of the first film, with the group performing classic space-mercenary work and slaying giant aliens. From there, our heroes encounter Ego, a god/planet who happens also to be Peter’s father, and that sets up the rest of the rollicking adventure.

Guardians of The Galaxy Vol. 2 sets itself apart from the MCU and most of the past decades’ sci-fi/superhero films. Its dedication to giving a handful of its characters truly moving character growth ties in perfectly with the film’s themes. The film goes far deeper in its efforts to portray Star-Lord, Gamora, and, especially Rocket, Nebula, and Yondu as characters with compelling internal conflicts and flaws. Peter Quill has to reconcile his relationships with two fathers who failed him. Nebula and Gamora must confront their own dark childhood. Rocket examines his inability to trust feeling close to others. These characters all relate to a sense of family lost. By the end of this film, as Drax states plainly, they are a family, flaws and all.

Once Again, The Soundtrack Stars

Like the first Guardians of The Galaxy, the sequel has a style defined by its soundtrack, always at its most fun when a 70s/80s pop/rock anthem is blasting along to the action. The difference here is that Guardians of The Galaxy Vol. 2 uses its musical segments to punctuate emotional beats more artfully. The emotional relevance of specific lyrics in “Brandy” or even “Father and Son” contributes to an overall sense of thematic purposefulness, especially during the tear-jerking climax. Similarly, the use of bombastic colour is dialed up a little, and utilized more expressively. This is perhaps the most enjoyable visual experience of any MCU film. In concert with the action choreography and the soundtrack, Guardians of The Galaxy Vol.2 creates moments of pure delirious sensory fun.

Rocket and Yondu Steal the Show

While Peter is the nominal main character, there’s a reason that the closing shot lingers for so long on Rocket. The existence of Baby Groot in the film puts a spotlight on Rocket’s pain. We come to understand that an underlying sense of abandonment at never having had any family explains his penchant for self-destruction. The pairing of Rocket and Yondu (as well as the further exploration of the Ravagers) creates a sense of genuine friendship. They learn how similarly broken their families have made them. The way the two characters reflect each other creates some of the film’s most poignant moments. By emphasizing the regret Yondu feels about his treatment of those closest to him, his sacrifice at the end of the film suggests that it is never too late to try to do better by the people you love.

Nebula’s arc accentuates this theme. The moment she tells Gamora, after she repeatedly tries to kill her, that “all I wanted was a sister”, we understand that we have been deeply misjudging her character since she was introduced. Through her reconciliation with her sister, we see she is as deserving of sympathy and understanding as any of these other dashing rogues. Knitted together, these three major storylines, centered around Peter, Rocket, and Nebula, create an intimate portrait of overcoming damaged familial bonds and traumatic childhoods.

What falls flat in this movie, despite its overall buoyancy, is its antagonist. Ego, being Peter’s father, forces the relationship between Peter and Ego to take center stage pretty much from the beginning. This hurts because Ego is largely predictable and shows the least complexity of all of the film’s characters. He is a god who wants to take over (or really envelope) the universe. Gamora and Peter go back and forth on Ego’s intentions while sustaining a lackluster relationship arc, but we understand early on that he must be the film’s central villain. It makes most of the scenes that feature Peter and Ego feel tired before he makes his final reveal. There isn’t much room for nuance in this plot line. It’s a shame because the film takes such an artful approach to Nebula and Yondu, two characters that served as relatively flat antagonists in the original. 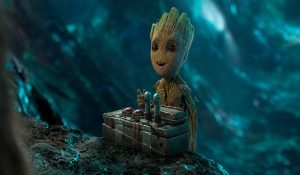 An Odd but Creative Sense of Humor

As per the last Guardians movie, the comedy is hit and miss but mostly hit. I appreciate writer/director James Gunn’s penchant for making the occasional off-kilter joke.  It means we get some genuinely surprising laughs along the way. Drax in particular carries much of the film’s comedy with trademark deadpan obliviousness. I didn’t particularly enjoy how much of the humour came at Mantis’ expense, or how little her character is invested in. It’s too bad too, as Ego represents to her the same kind of broken or neglectful parents that the rest of the characters face. Sadly, we never see her and Peter connect on that level, let alone as quasi-siblings.

In all, this film excels at treating it’s characters’ flaws as real and significant, as pains worth overcoming even if it didn’t mean saving the Galaxy. If you haven’t yet seen Guardians of The Galaxy Vol. 2, it delivers a surprising amount of feeling for an upbeat action-comedy. If you have, but it’s been a while, I think it’s still worth revisiting. Guardians of The Galaxy Vol. 2 has an emotional, honest heart and a genuinely goofy brain. Even three years after it’s release, I still can’t help but think of this film as one of my favorite (and most idiosyncratic) comic book titles.

But what do you think? Does Guardians of The Galaxy Vol. 2 hold up? Is it really better than the original? Does it deserve to be at the top of anyone’s MCU ranking? Let us know in the comments or on Twitter. We’d love to hear from you!