Home » Brokenland Is a Uniquely Funny Tale With Exquisite Art 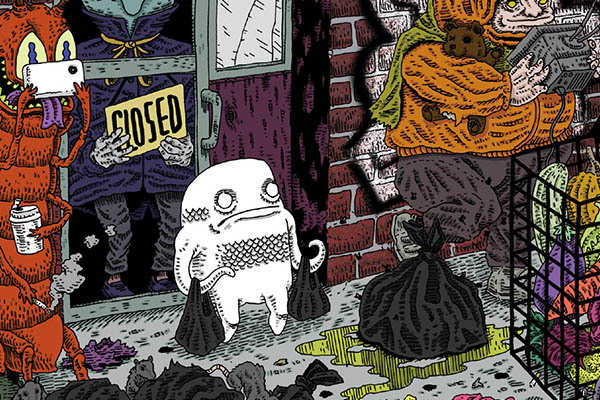 Never has an apocalyptic world looked so cute yet disturbing at the same time. Brokenland by Drew Morrison and Jane Song follows the adventures of a creature known as Meeso. Meeso lives in a world with anthropomorphic animals and other odd creatures. He’s also completely surrounded by garbage. No matter where he turns, garbage litters the streets, his work place, his home. Yet, he still finds himself able to enjoy a discarded donut here or there.

First and foremost, this comic is full of visual splendor. The colours are vibrant despite the disheartening atmosphere. There is an immense amount of detail in every panel, forcing readers to really stop and examine every corner of the page. Meeso’s design is absolutely adorable, his expressions provide perfect comedic timing. You really are rooting for him as he stumbles from one situation to the next. 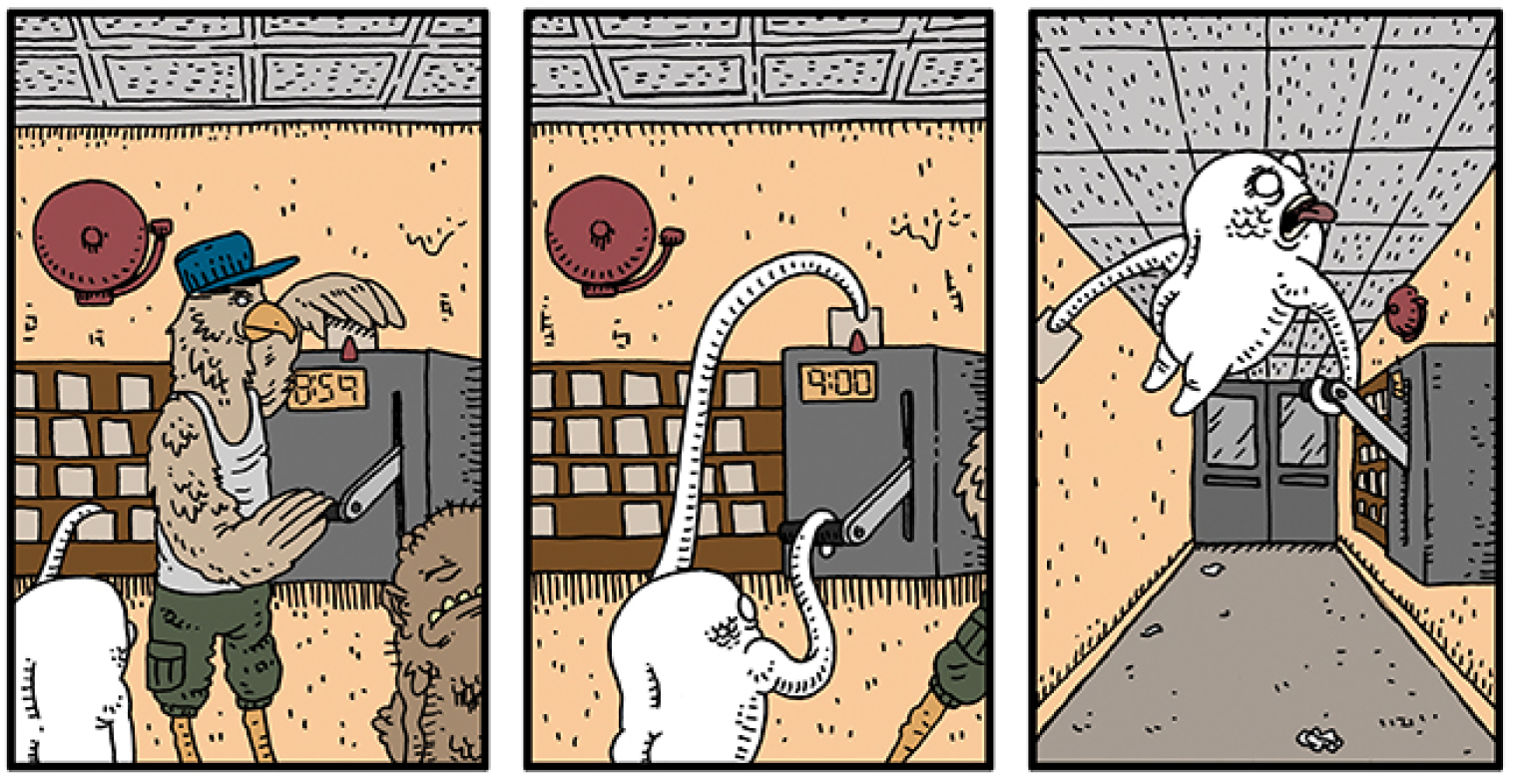 The visuals truly carry Brokenland. There is no dialogue throughout the comic yet that doesn’t stop both issue #1 and #2 from being enjoyable. At times it can be difficult to follow the story but, at the end of the day, that really doesn’t matter. Meeso doesn’t need any dialogue to carry his story and his character, though simple, provides plenty of entertainment. Of course, there’s plenty of room for Meeso’s antics to go even crazier and push the limits of comedic bounds.

Yet, despite the splendid art and lovable character, there is the undertone of the immense amount of garbage plaguing Meeso’s world. While Meeso is fun to watch and will get plenty of laughs, it is disheartening to see the piles and piles of garbage that surround a majority of the panels. Just when you think Meeso has found a clean area, one small turn proves otherwise. It forces the reader to feel a sense of discomfort, a discomfort that never fully goes away.

There’s much potential in Brokenland and Meeso’s adventures in terms of where this story can go. But considering the combination of humour and sense of doom, we can only assume that things will get wackier from here. And that’s something we simply can’t wait to see.

There is simply no reason to ignore this comic. It’s beautiful to look at, has a lovable leading character, and has plenty of humour. Brokenland is absolutely charming to say the least and has everything going for it. All we can hope for is more issues will be on the way.

You can help fund Brokenland #2 by contributing to its Kickstarter page! Have you had a chance to read issue #1? Let us know in the comments below or send us your thoughts on Twitter!