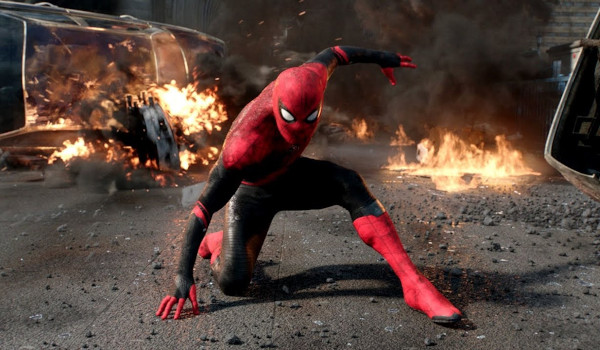 Spider-Man, as portrayed by Tom Holland, has already faced down two of his own super villains, a galactic-level extinction event, and even his own “disappearance”, so it’s suffice to say he’s been through a lot. Having said that, he’s never faced a threat to his personal life quite like having his identity revealed in Spider-Man: Far From Home. This raises many questions about how the unnamed Spider-Man 3 (Spider-Man: Homeless?) will play out in 2021, so it’s time for some Spider-Speculation Senses to get tingling. What’s going to happen now that the world knows Spider-Man is Peter Parker?

In the comics, Spider-Man willingly revealed his identity to the world during the event Civil War. “Spider-Man: Back in Black“ takes place directly after the conclusion of Civil War, and deals with the consequences of this event. The story is essentially about Peter Parker’s quest for revenge against the sniper who shot Aunt May. The Peter Parker of “Back in Black” was alone and at the end of his rope. His defection from Iron Man’s side meant he was being hunted by the government, and had no superhuman allies to turn to. He also was acting a lot more aggressive, with his return to the black suit symbolizing this. While “Back in Black” is likely a bit too tonally dark for the MCU iteration, the next movie could incorporate some of its elements, like Spidey on the run, or perhaps its villain: Kingpin.

Rumors have recently been circulating around that Daredevil could appear in Spider-Man 3, with Marvel Studios reacquiring the rights to use him in a few months. What is more unclear is whether or not Marvel Studios will be able to use the Netflix versions of the characters. Charlie Cox’s Daredevil and Vincent D’Onofrio’s Kingpin are already fan favorite characters, and it could be beneficial for Marvel Studios to use characters with established backstories and abilities. Kevin Feige, though, has always seemed rather hesitant to cross over the Marvel Movies with the TV shows, so it is uncertain what iteration Daredevil would appear in the movie.

Regardless of version, Kingpin and Daredevil could easily fit into a plot about Spider-Man’s identity being revealed. Spider-Man 3 could see Matt Murdock aiding Peter Parker in trying to clear his name legally, as clearing Peter’s through the legal method would be the most concrete solution to the identity-revealed situation (also, Mysterio never actually showed footage of Peter as Spider-Man, so proving him false would be quite doable). The movie could essentially play out like the 1994 cartoon episodes, with Daredevil and Spider-Man joining forces to find evidence of Parker’s innocence. Kingpin could even be orchestrating the whole operation out of prison, as a way to torment Murdock/clear New York of vigilantes/enforce some other master scheme to control NYC. The inclusion of the characters is just rumor for now, but seeing the Netflix Daredevil brought into the mainline MCU, and teaming him up with Spider-Man, would something truly amazing.

Another rumored character for the film is Kraven the Hunter. In comics Kraven is an honorable, but ruthless, big-game hunter, who decides to hunt Spider-Man. He is also the only member of the original Sinister Six that has never been seen in a movie before. If Kraven is featured in this story it could possibly be as part of some kind of Spider-Man manhunt, set up by the government/some other powerful figure. A “Spider-Manhunt” could also be an interesting way to showcase his other, more obscure, rogues. It’s also possible that his portrayal could be based more in Ultimate comics, where Kraven is a popular reality show hunter, who decides to hunt Spider-Man. This could also just be prompted by his desire to hunt any superhero (perhaps for publicity), and that Spider-Man would be the most doable, as the public would’ve turned against him.

It is important to note that while Kraven could certainly be the sole antagonist of a Spider-Man movie, in a storyline dealing with the ramifications of Spider-Man’s identity being revealed, it is unlikely Kraven will be the only villain. Kraven doesn’t pull strings in the way Kingpin or Norman Osborn do, so while he may be the more prominent villain, there will need to be another puppet-master.

Speaking of Norman Osborn, this film would be perfect for his debut. He could act as the leader/benefactor of the Spider-Man hunt, using his company to fund the operation. The film could also present him as a friend to Peter, only to betray him in a later movie. Harry Osborn could also be included, perhaps unknowingly acting as Norman’s pathway to get close to Peter. It would be fun to see him play off of Peter as a best friend, in a different way than Ned Leeds does.

Other characters of Spider-Man’s supporting cast, like Gwen Stacy, Yuri Watanabe, and more J Jonah Jameson would be much appreciated to see in this universe. A definitive portrayal of Uncle Ben in some form of flashback (preferably not of his death) would also be a welcome inclusion. It would also be interesting to see more indicators if the MCU Spider-Man has any connection to upcoming Sony projects, such as Venom or Morbius. The collaboration between Sony and Marvel for use of the Spider-Man characters in general, is unclear to say the least, but hopefully some of the classic supporting cast can make their way into the MCU.

What many fans feel is that the current Spider-Man has been diverging a bit too much from his roots as a lower-to-the-ground type hero. Fortunately, Spider-Man 3 has the perfect setup to ground Peter Parker, forcing him to be much more self reliant, and not being able to call upon Stark technology or the Avengers to get himself out of a jam. Whatever the case, Marvel Studios’ track record with Spider-Man shows that regardless of the portrayal of Spider-Man in this film, Spider-Man 3 will definitely be a good time at the movies.

Who do you want to see in Spider-Man 3? Which Spider-Man story should they adapt? Do you even like the MCU Spider-Man? Sound off in the comments or send us your thoughts on Twitter!