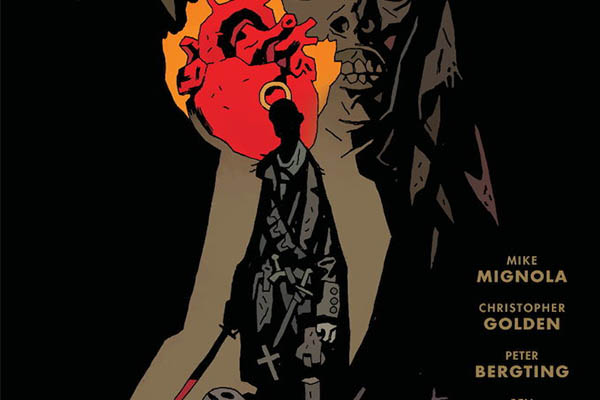 It’s here, I’ve held it in my hands and read it, yet I’m still having a hard time believing Baltimore is over. World War One Vampire Hunter Lord Baltimore’s story ran in both novel and comic form for ten years, but all good things come to an end. Baltimore is one of the creepier comics to read today, with the backdrop of the 1918 Spanish Flu reflecting our own Pandemic issues. I’ve enjoyed reading Baltimore in it’s wonderful Omnibus format, but nothing gold can stay.

Endings have long since been a bugbear for fans of Mike Mignola. There’s still plenty of debate among fans about the conclusions of Hellboy in Hell and B.P.R.D., which ended only last year. Many Hellboy fans felt Mignola ended both series abruptly. Hellboy in Hell ran for only ten issues and the final arc of B.P.R.D., only fifteen. B.P.R.D. I felt ended perfectly; Hellboy in Hell indeed felt a tad abrupt. Mignola in both cases didn’t feel he had the ideas to write a longer story, and so ended them where they were. I’ve never had a huge problem with this, but with Baltimore I’m frustrated.

My frustration emanates mostly from how good Baltimore is. I wanted to spend more time in the world, I wanted to see how the characters I loved so much evolved and changed. I knew these were the same complaints directed at B.P.R.D. and Hellboy in Hell. The difference, for me, is that Baltimore features a huge time jump. B.P.R.D. and Hellboy in Hell also had time jumps, but in B.P.R.D. it felt natural, Hellboy an odd but artistic choice. Baltimore tries to pass it off the same as Hellboy in Hell did, but it just doesn’t work here. The fourth and fifth volumes feature a two year time jump, in which the world changes rapidly, as do many of the characters within it. 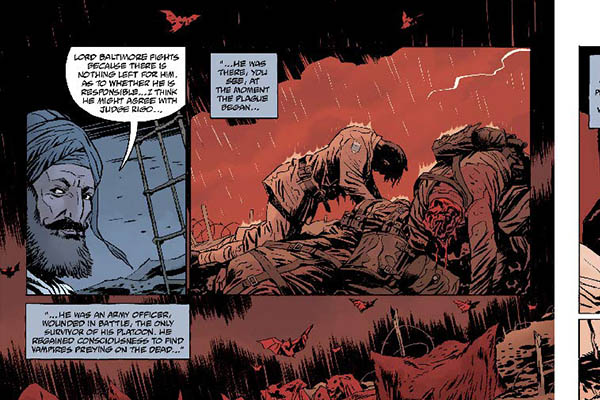 The new status quo is fascinating for sure. Lord Henry Baltimore’s war against the vampires escalates dramatically in the two years, and Baltimore and his team go through many changes. However, these changes are simply written about, not seen. We learn of a romantic relationship that kindled and collapsed in the two year period. We learn that Baltimore’s worldview has radically shifted, and it’s explained away in a few lines of dialogue. All these characters and world evolutions are throughly interesting, but it’s kind of lame to be just told about them instead of seeing them.

In some ways, most frustrating of all is how the story has progressed, only to be explained in one page of narration. This is especially frustrating  as slow escalation is something Mignola does so well. B.P.R.D. escalated its story in a satisfying way, and to miss out on a chunk of that in Baltimore is truly disappointing. There are so many great story ideas hinted at in the opening narration of the final chapter. Perhaps we will see them in a spin-off title one day. One can only dream.

The final chapter is an exciting and terrific tale, as are the ones that come before it. New characters Harish, Sofia, and Rigo bring a stronger ensemble and depth to the book. Sofia is the rare female heroine in Baltimore, with most women being damsels, witches or vampires. Her addition is of particular strength, as Sofia has more character growth than anyone else in the book. Sofia will be the subject of a spin-off, Lady Baltimore, which I am quite excited for. I regret to say that Sofia, Rigo and Harish all  have their personal journeys a bit undercut by the aforementioned time jump. We follow these characters as they fight across Europe, but them jump ahead as they undergo some very major changes. Harish and Sofia suffer from this more than Rigo, as their changes are a little more out of left field. Maybe we’ll explore their story more in Sofia’s upcoming solo book. I hope so.

Peter Bergting takes over from the great Ben Stenbeck on the final issues. There is no loss of quality as Bergting successfully adopts Stenbeck’s style, while riffing a little on Mignola’s own artwork. Bergting is saddled with drawing considerably larger scale action, but does so skillfully. He guides Baltimore to a conclusion with a real sense of spectacle. Bergting composes violence very well, and the fights he draws are among the best in the series. Michelle Madsen tags out the legendary Dave Stewart on colors, and gracefully fills the huge shoes. I admired Madsen’s work on Lady Killer, and she matches it with glorious crimson art on the final arc of Baltimore.

Reflecting on the piece as whole, I must conclude that while Baltimore is imperfect, it is still a superb horror comic. The story of Volume Two is a bit messy, yes. It’s clear that Mignola and co-writer Christopher Golden had only originally planned up to the end of the first volume. Yet the ending they wrote is moving, poetic, and perhaps inevitable. For fans of vampires and period horror, Baltimore is certain to bring that special kind of joy only found in a Mike Mignola book.

Have you had a chance to read this crimson horror comic?  Let us know in the comments below or on our Twitter feed!