Home » I am Vengeance! The Batman Trailer 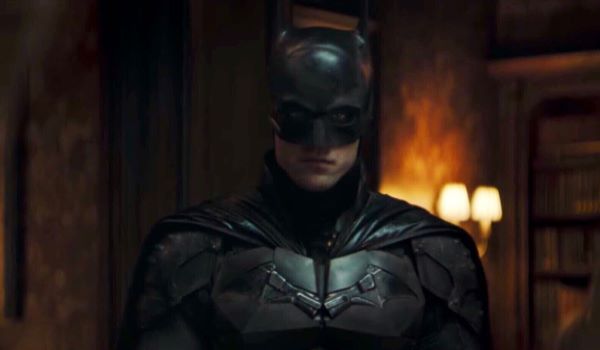 DC Fandome, the virtual convention, took place this past weekend on August 22 and was a great success. The various panels generated excitement among the fans for upcoming films and TV series. One of the highlights of DC Fandome was The Batman panel! Actor Robert Pattinson introduced the panel (in a very Pattinson manner) by expressing his excitement for the film. Then he handed over the spotlight to the panel host Aisha Tyler and director Matt Reeves. Reeves continued to answer questions and describe his experience diving into this iteration of Batman. Despite the delay in filming, the first official trailer was revealed. So, let’s get into it!

The trailer follows the investigation of a series of murders and acts of terror. Each incident is connected with clever letters addressed to Batman. It begins with a masked figure, presumably Paul Dano as the Riddler, in the aftermath of a murder. He is seen wrapping the victim’s head with duct tape and the next shot shows the words “No more lies” are written over the tape. The trailer cuts to the police investigation and Commissioner Jim Gordon (portrayed by Jeffrey Wright) shows Batman the letter with a riddle “What does a liar do when he’s dead?” etched into it. This scene also gives us a clear image of Pattinson in the Batman Costume. The newspaper articles on the walls hint that the mystery will revolve around Carmine Falcone (portrayed by John Turturro) who is often referred to as Don Falcone in the comics. The nature of the Riddler’s crimes and the riddles he leaves behind suggest that he will unveil the deep corruption that exists in Gotham City.

Additionally, the trailer shows a series of action sequences that give a taste of the terror that the Riddler will unleash upon Gotham. One scene shows a graffitied car ramming into a crowd at a funeral and a man with a letter to Batman taped to his chest. We can also catch glimpses of other characters like Zoë Kravitz as Selina Kyle/Catwoman and Oswald Cobblepot/the Penguin (portrayed by Colin Farrell). Because the movie will take place in Year Two, none of the characters have fully evolved into the iconic roles we all know and love. During the panel, Reeves stated that he aims to combine familiar aspects of the characters with new iterations. This seems to be particularly true for Dano’s Riddler. Although the character is still very much a mystery, there is no hint of the flamboyant spark we have seen in other portrayals.

Reeves seems to have embraced the darkness that revolves around Batman and it’s very fitting. After all, it’s the loss of hope in authority that gives birth to vigilantism, and Gotham City has long been a pit of corruption. Clearly, not even wealthy humanitarians like the Waynes are safe. During the DC Fandome panel, Reeves confirmed that Batman is still learning what it means to wear the cowl and his role in the “criminological experiment.” The brutality of this iteration of Batman is finally underlined when Batman mercilessly beats a criminal into the ground and asserts, “I am vengeance.” Moments before, we can hear a voice over of the Riddler asking, “If you are justice, please do not lie. What is the price for your blind eye?” The question about justice creates a blunt contrast to the Batman delivering his vengeance on the gang of men with white-painted faces.

The film won’t be released until October 1 of next year, but The Batman trailer promises a darker version of Batman and the rogue gallery than its predecessors. What do you think of this Batman’s vigilante justice or, rather, his vengeance? Let us know in the comments below or send us your thoughts on Twitter!