Home » Who’s Who in The Suicide Squad? 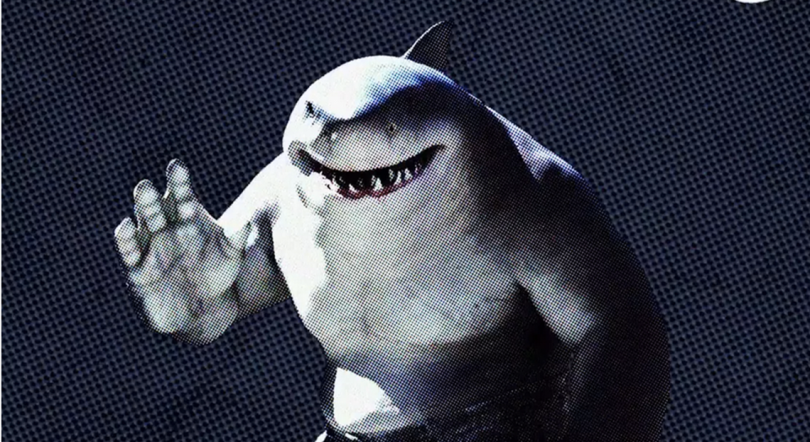 The DC FanDome has brought us some surprises and delights, including the next few installments in DC’s filmography. The Batman shows promise, Wonder Woman 1984 looks fun, and the full cast for James Gunn’s The Suicide Squad dropped in a teaser trailer. Gunn was hired to direct, after Disney foolishly fired (then rehired) him from the MCU, and if the trailer is anything, the film is going to be as bonkers as Guardians of the Galaxy. The complete cast and presumed roster of Task Force X were named in the new trailer. If you thought the Guardians were once obscure characters, then Gunn has decided to top himself.

The film sees the return of veterans Amanda Waller (Viola Davis), Rick Flag (Joel Kinnaman), Harley Quinn (Margot Robbie), and Captain Boomerang (Jai Courtney). Now, that we’ve got those bozos out of the way, let’s look at the newcomers dug out from the pits of DC history, most having had past experience in the Suicide Squad. 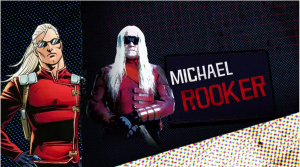 First up is Brian Durlin aka Savant, played by Michael Rooker, a hacker and vigilante. In the comics, he moved to Gotham to fight crime, but Batman discouraged his vigilantism, since he lacked concern to protect others. Savant turned his genius intellect and computer skills into a profitable blackmailing service. His intelligence is muddled by a chemical imbalance, causing him forgetfulness and a non-linear memory. He is an associate to Barbara Gordon, though he has slid back and forth between being a crimefighter and a criminal. 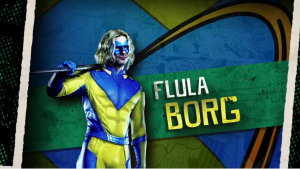 The Javelin is a former, disgraced pro-athlete who throws javelins… that’s pretty much the jist of his character. A minor enemy to Green Lantern, Javelin has been a member of the Suicide Squad, particularly in War of the Gods. That’s about it. 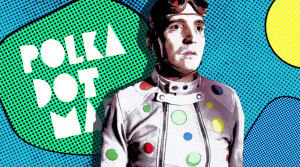 The first Suicide Squad’s weirdest member was Killer Croc, which isn’t saying much. The sequel is giving us Polka-Dot Man! Abner Krill first appeared in the 300th issue of Detective Comics as Mr. Polka-Dot, wearing a polka-dot costume and committing spot-related crimes. He can remove the spots for various purposes, like weapons and even making escape vehicles. His return to the comics years later reduced him to a pretty pathetic villain, down on his luck, and forced to fight with a baseball bat rather than his funky suit. 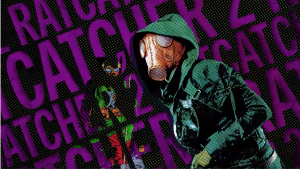 The Ratcatcher 2 presumably inherits her title from the original Ratcatcher. Otis Flannegan was a Gotham exterminator, turning to crime after committing murder, training an army of rats to capture those responsible for later jailing him. Any rodent in the city is his to command, and when equipped with a gas gun, Ratcatcher could be a pest. This new character’s connection to Flannegan is unknown, but it is theorised she may be his daughter, or succeeded him as the rodent-manipulating criminal. 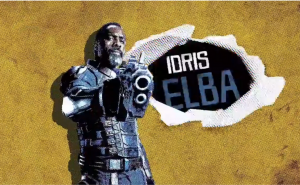 Robert DuBois is a mercenary who became obsessed with war, after his brother went to Vietnam in his place, coming back a quadruple amputee. Bloodsport’s greatest achievement was shooting Superman with a kryptonite bullet. He sports a large warehouse of weaponry, which he can access using a teleportation device. Originally, Idris Elba was a recast for Deadshot after Will Smith went off to be in the Aladdin remake. Elba was instead reworked as Bloodsport, so the door is left open for Smith to return. The similarities between Bloodsport and Deadshot are present though, as Storm Reid has been cast as Bloodsport’s daughter Tyla. 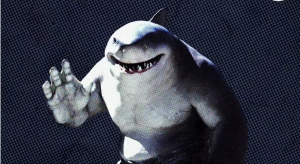 King Shark was originally going to appear in the first film, but David Ayer confirmed the CGI required to create him was too expensive, explaining why Killer Croc was recruited. Nanaue is a humanoid shark, son of the Shark God, and a recurring villain of Superboy. He joined the Suicide Squad when they and Superboy battled the Silicon Dragons. King Shark has superhuman strength and an ability to regenerate lost limbs. King Shark has recently appeared in The Flash, and is a fantastic main character in Harley Quinn. 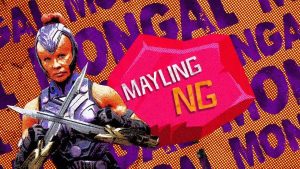 Mongal is an alien warrior, the daughter of the Superman villain Mongul, ruler of Warworld.  Coming from a planet of gladiators, she is a super strong daughter of a warlord, so this should make her an asset to the Suicide Squad. This movie will be a good chance for Mongal to leave her own mark in the DCEU. Why and how she ends up in the Suicide Squad is a mystery, but it might relate to the overall threat, and could open the door to the larger cosmic universe of DC Comics. 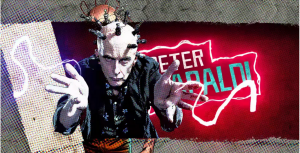 One of the older characters in the roster, the Thinker will be played by former Time Lord Peter Capaldi. The character has the honour of being a founding member of the Injustice League. Clifford DeVoe is a failed lawyer, he became a criminal mastermind, developing technologically-induced telepathy, achieved through a hat called the Thinking Cap. He has served as a member of the Suicide Squad, having a tense relationship with Weasel. He has been succeeded by other characters, including Clifford Carmichael, Des Connor, and an artificial intelligence developed by Mr. Terrible. 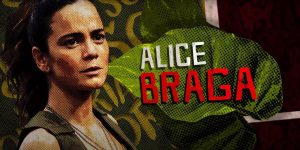 Alice Braga appears to be playing an original character named Sol Soria, described as a South American revolutionary. Juan Diego Botto has been cast as Silvia Luna, a South American dictator, who may be a major antagonist in the film. It is speculated that Sol is a gender-flipped version of Juan Soria. Juan wished to be a superhero, attempting to join the Justice League. He injected his hands with nanites, allowing him to unlock anything by touching it. He didn’t make the cut, so Juan turned to villainy, eventually joining the Suicide Squad. 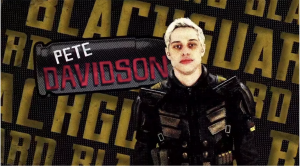 Blackguard, aka Richard Hertz, is an enforcer for a larger organization known as the 100, later the 1000. He doesn’t have that much of a history in the comics, and got his ass kicked by Booster Gold of all people. In the comics, Blackguard can create energy constructs, using them to create weapons. 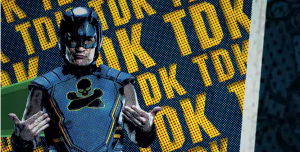 If the costume and logo of Nathan Fillion’s mystery character are any indication, he is playing a version of Arm-Fall-Off-Boy. Arm-Fall-Off-Boy is a failed recruit for the Legion of Superheroes, an intergalactic team who wish to bring back the glory days of the 20th century’s age of heroes (i.e. the Golden and Silver Age of Comics). Arm-Fall-Off-Boy failed to join the team in 1989, but fans grew to love him. As his name suggests, his arms can detach and be used as weapons. Perhaps “TDK” is a name he has adopted, but won’t be able to escape the hilarity of his own powers. 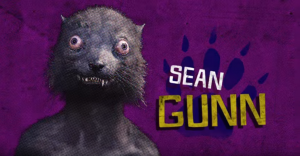 What’s this? Sean Gunn playing a rodent-esque character in a wacky, superhero, sitcom directed by his brother? What are the odds? Anyway, Weasel has had two distinct versions, depending on the continuity. His original character, John Monroe, was an academic who went mad from bullying, eventually dressing in a weasel costume, murdering his tormentors. In the New 52 reboot, Weasel appeared as an anthropomorphic and vicious weasel creature. Looks like they are adopting the modern interpretation of the character. 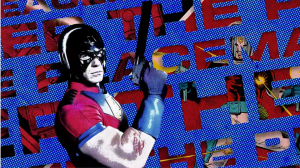 Peacemaker is described as a “douchey Captain America”, committed to bringing about peace, that he is willing to fight and die for it. John Cena is playing the historic character, who made his debut in Charlton Comics in 1966, which was later bought by DC. Peacemaker is the basis for the Comedian in Watchmen. He is so committed to peace, that he will resort to killing everybody to maintain it. He believes his helmet is haunted by the ghosts of those he has killed or died as a result of violence.

Are you looking forward to The Suicide Squad? Which characters do you think will get off jail-time, or go kaboom? What was your favourite part of the FanDome? Leave a comment below, or on our Twitter feed!