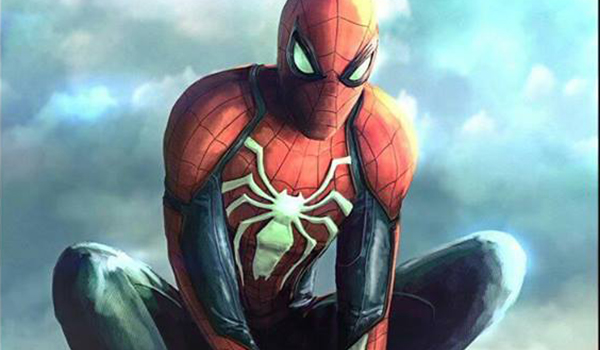 The graphical element of comics is what makes them so interesting for their readers while also accounting for the narratives that are driven by imagination and gripping characters.

Wolf Among Us is more about its story than anything else. What the game lacks in terms of its dynamics, it gains through the brilliance of its story. Inspired heavily by the comic book Fables, Wolf Among Us is a playable story where the choices you make and the consequences of those choices decide the ending of the story.

As a player, you’re constantly challenged to follow the clues in the game and decide how you want to proceed further. The character’s development in the game is strong and captivating and allows Fables fans to enjoy a story that is deeply connected to the comic itself.

This is for the fans who love it – Hulk goes on to smash half the city to pieces. Whether you’re someone who wants to smash cars into paper-thin sheets after a tiring day at work or someone who is a hearty fan of the green hero, this game gives you an experience like no other. While there are other Hulk games in the market, this one allows the player to take a seat and experience everything that Hulk can do, right from climbing buildings to ripping vehicles into halves to then use as weapons. The game developers took their time to go through all the comics and provide a game that is dynamic and constantly engaging.

The story may not be as captivating as the main focus of the game is to provide players a true Hulk experience, making it possible for them to catch missiles mid-air, beat down a building into a pile of rubble, and jump over the entire blocks!

Marvel vs. Capcom 3 does it better than its predecessors, making the arcade-style team brawl fights a lot of fun. It’s for those that want to sit back with a controller and enjoy a game, putting heroes of Marvel against each other to fight. What Marvel vs. Capcom 2 lacked in terms of its character dynamics, Marvel vs. Capcom 3 nails perfectly. All the characters have their unique abilities that must be used in a team-based format. The better the player is able to complement the abilities of one character with the other, the higher the chances of winning the match. It’s not all brawl in this game, rather a strategic use of the character’s abilities at the right time.

So if you’re looking for a game that includes tons of your favorite comic heroes while making every fight interesting, Marvel vs. Capcom is certainly what you want to try out.

Spider-Man PS4, in spite of being available only on one platform, is worthy of being on this list, thanks to its striking map design, gripping story, and of course, the game mechanics. This game takes a lot of its inspiration from previous Spider-Man titles and delivers an even stronger game experience that players keep coming back to. The combat styles are amazing, everything from the combos to the constantly increasing difficulty of thugs and bosses. The web slingers and swinging dynamics are smooth and seamless. And the game developers have added tons of costumes and easter eggs to encourage players to explore every rooftop and alley.

As for the story, Spider-Man involves many fragments flowing simultaneously, gradually connecting together and delivering the final act. The side missions cater to the main story and contribute to an ever-evolving narrative. But it would be naive to simply focus on the story as there’s so much to do as Spider-Man in the beautiful city of New York.

It’s impossible to choose one single game from the Arkham Trilogy because they’re all so good and supplement each other’s story. The Arkham series consists of three parts – Arkham Asylum, Arkham Knight, and Arkham City. Each has a stunning storyline, increasing in quality with every title. You start off in the asylum where you fight Batman’s arch-enemy along with other villains. And as the stories progress, it becomes your responsibility as Batman to capture all of them and bring order to the city. While it may seem easy at first, the game increases in difficulty with more complex riddles and missions. However, it’s almost impossible to ever get tired of the increasing difficulty.

The combat is phenomenal, making fight sequences a lot of fun. Building combos and moves become integral to defeating the enemy as the game progresses. The series perfects Arkham city and Batman delivers a rich narrative and provides the player a true comic Batman experience.

As comics continue to grow their audience, video games based on comics will continue to be made. With more titles like Spider-Man: Miles Morales and Marvel: The Avengers also being released into the market, it doesn’t seem like the list of worthy comic-based video games is going to reduce anytime soon.