Home » We’ve Got Bark And We’ve Got Bite: What To Expect From Monster Hunter Rise 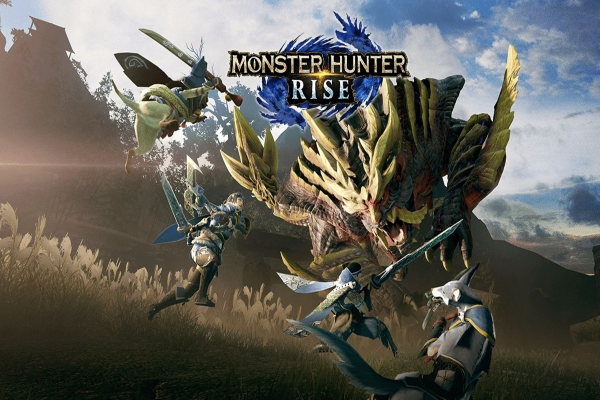 Ever since I got into video games, I’ve heard all about the Monster Hunter series. I’ve never delved into them before, so I was excited to hear a new Monster Hunter game was announced for the Nintendo Switch. I’ll be waiting for the demo in January to make any final decisions, but I’m very tempted to preorder the game. Until then, let’s talk about some of the new features of Monster Hunter Rise, the newest installment to the MH franchise, and what to expect from it.

Monster Hunter is a franchise that’s existed since 2004. The first game was released for the Playstation, and since then it’s expanded into five games. Monster Hunter Rise will be the sixth installment in the series, and it features a lot of new game mechanics. We can expect the same level of action in this new game, with tons of monsters to fight and loot to gather. As with the previous games, Monster Hunter Rise will feature both single and multiplayer options, because nothing’s better than beating up monsters with your friends!

So what are some of the new game mechanics? Monster Hunter Rise will be introducing the Buddy system, where your player character is joined by two creatures known as a Palamute and a Palico. Palicoes are a returning creature, but Palamutes are completely new. They both offer different kinds of support, ranging from faster travel to defeating large monsters together. Like your player character, both will be fully customizable, and in single player mode you have access to both on the field. Out of all the features, I’m most excited for this. You’re basically bringing a dog and a cat with you on your adventures, so what’s not to like? (Also, did I mention you can pet them both? That’s a huge plus in my book.)

But the Palico and Palamute aren’t the only friendly creatures that’ll help you. Monster Hunter Rise will also be featuring the Wirebug, an insect that produces tough silk that your player character can travel with. Through the Wiredash action, your player character can reach tough landmarks and quests with ease. As the official website describes it, “it’s not just a great way of reaching your objective, but it can be chained into attacks and aerial dodges as well”. You can also use the Wirebug in battle for evasive maneuvers and attacks. It’s super versatile, and you bet I’ll be scaling mountains with it. But be careful, there’s a gauge that comes with using the Wirebug. It’s all about planning your moves with it ahead of time and making sure you don’t run out mid flight. Thank goodness none of the MH games have fall damage.

I mentioned before how both the Palamute and Palico can be customized. But your Hunter, the playable character, has a ton of customization options too! You can adjust cheek size, chin length, eye depth, nostril positions, and so much more. You can even choose a voice for your character! I’m excited to see what the options for voices are, and whether or not our Hunter will be a silent protagonist in the main story. That issue has come up in a few games; I can think of Code:Vein and Xenoblade Chronicles X, just to name two. At the very least, this promises that your character can have unique voice lines on the battlefield.

Just like the previous MH games, you’ll also be able to create your own weapons and armor. Based on loot and resources you gather from defeated enemies, you’ll be able to craft more powerful gear. I’m hoping that there’s fashion armor this time around. Sure, powerful armor in games can look cool, but you tend to mismatch sets so you end up with better stats. At least the starting armor looks cool!

The Monsters, Of Course!

What’s a Monster Hunter game without monsters? Like the Palico, there will be a lot of returning monsters from past games, and so far eighteen have been confirmed. This includes the mighty Rathalos, which have become something of the series’ icon throughout the years. But we’re also going to see nine new monsters as of right now. The monster featured on the game’s cover, Magnamalo, is one of them. If that’s anything to go by, then these new monsters will be pretty scary! Of course, we don’t have the full roster yet, and it’s likely we won’t have that until the game’s release.

Just remember that Monster Hunter is pretty much known for the monsters and not necessarily for its story. Monster Hunter: World, the most recent installment, has a story and lore to uncover, but overall the series isn’t heavy on story content. If you’re a fan of story-driven RPGs, this game and the series are likely not for you. I’ll admit I’m a fan of story content in games, but I also love open worlds and exploration, and that’s got me hooked. Monster Hunter Rise comes out in a few months, and based on these facts alone, I’m definitely giving it a try. After all, I can’t resist all the cute furry friends you can make!

Are you looking forward to playing Monster Hunter Rise? Does it sound fun to run around with two pets fighting tons of unique monsters? Does the character customization sound like a dream come true? Let us know in the comments or send us your thoughts on Twitter!