Home » “Of the Same Coin” is a Gritty Crime Thriller 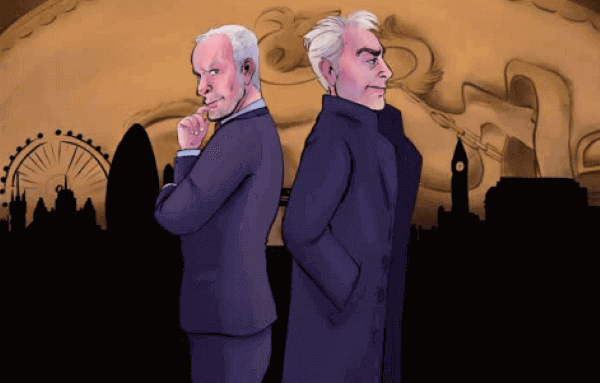 Of the Same Coin #1 presents an intriguing confrontation between two opposing ideas of justice. The comic follows the rivalry between the relentless detective, Tommy Wright, and the criminal mastermind, Dominic Gauche. While both believe they are executing justice perfectly, they stand diametrically opposed. Written by Michael Finnie, the comic uses Wright and Gauche to represent the struggle between the court of law and vigilante justice.

The story takes place in London where Detective Wright has assembled a team of detectives with the single goal of taking down Gauche. In the meantime, Gauche leads a group of assassins, under the guise of being a private investigator firm, to eliminate guilty parties that escaped legal punishment. Their methods are brutal. However, they don’t act like guns for hire. Instead, they select their targets according to a moral code. Issue one makes a point of walking the reader through the team’s strict rules of conduct. For example, Gauche refuses to kill a man for adultery but suggests he would have taken the case if there had been abuse.

By establishing the sharp contrast between the two characters, the issue questions the ethics of vigilante justice. Both characters believe they are achieving true justice but they have extremely different methods. It is very difficult to favor the police instead of rooting for the criminals when the legal system fails to enforce justice. The story compels the reader to consider that our world is not black and white. Good and bad exist in shades of grey.

The art depicts two very different images of the band of criminals. The comic uses pigments of red and grey to lead the reader through two alternative narratives. The panels with red pigments portray the criminals and the events that transpire from their perspective. They are not two-dimensional bad guys that do bad things for the sake of being bad. Instead, they display a strong sense of loyalty towards each other and their leader.

In contrast, the panels that focus on Wright and the police have shades of grey. These panels focus on the police narrative which naturally emphasizes the terrible things the vigilantes have done. It also develops Wright’s character and shows his ruthless conviction to arrest Gauche and enforce justice. Wright intensely focuses on capturing Gauche so many of his peers consider him to be obsessive and resent him.

Of the Same Coin presents an excellent first issue. The premise of the comic, law vs vigilante justice, is very interesting and well-developed. It establishes the two main characters, Gauche and Wright, and does a good job of expanding upon their personalities and motives. The action sequences are balanced with the character’s goals and motives. The comic promises to explore themes like justice and vigilantes while also building upon the variety of characters that were introduced.

If the moral ambiguity of vigilante justice sparks your interest, Of the Same Coin may be the comic for you! For more information on this gritty crime thriller check out the Kickstarter here. Don’t forget to Sound off in the comments or send us your thoughts on Facebook or Twitter!