Home » Disney vs del Toro: How Dark Will The New Pinocchio Movies Be? 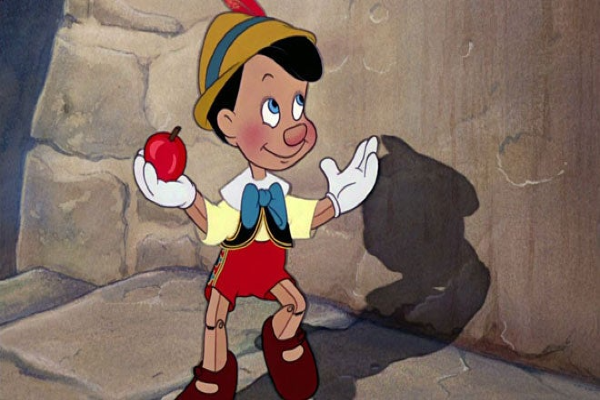 Pinocchio, one of my favorite Disney animated classics, is finally getting a live action reboot. But what people might not know is that Pinocchio has more than one movie in the works. On top of a Disney reboot, Guillermo del Toro has signed on for a stop motion Pinocchio film separate from the Disney universe. There’s obviously going to be some creative differences with both films, but with the direction Disney’s been taking with live action adaptations, it’s possible their new Pinocchio movie will be darker than the original 1940 animated film. Whether or not it needs an update, this development is incredibly exciting and I’m looking forward to both movies. So let’s talk about how far each of these movies might deviate from the source material and possible outcomes for each film.

What Was Dark About The Original Disney Movie?

This should be a pretty obvious answer for any Disney fan. At its core, Pinocchio is a story about growing up and learning responsibility. Geppetto, an old woodworker, wishes on a star for a son. The Blue Fairy hears this wish and gives life to one of his puppets, Pinocchio. He is promised a real body if he can prove that he’s brave, truthful, and unselfish. He travels around learning about the dangers of the world throughout the film, eventually proving that he’s worthy of becoming a real boy. And those dangers include being sold for a profit, witnessing children turn into donkeys, and getting eaten by a whale. Definitely extreme for a kid that’s been alive for less than a day.

Speaking of children turning into donkeys, that scene was disturbing, to say the least. On the whole, Pleasure Island was terrifying! I went back and watched the scene again, since it’s been a long time since I’ve seen Pinocchio. It gave me nightmares as a kid, and it might still give me nightmares the next few nights. These kids were basically trafficked and turned into donkeys for a quick profit, all because they wanted to have fun! Not to mention, I completely forgot that Lampwick, Pinocchio’s “best friend”, actually cursed in the film! Talk about being a child-friendly movie.

Overall, the 1940 Pinocchio film was a way to teach kids how to be responsible and not rebel. It wasn’t a theme that was portrayed lightly either. If Pleasure Island and the incident with Monstro the whale are anything to go by, this movie was meant to scare kids into submission.

Will the Disney Pinocchio Remake Be Dark?

I don’t think it’s likely, but I’m not counting out the possibility either. With most of Disney’s remakes in the past few years, they’ve almost always added a darker spin to cheery tales. It’s a decision that has some basis, however. Take the live action Alice In Wonderland films Disney produced, for example. The original novel from 1865 is pretty dark, and it includes themes like the quest for identity, the dangers of curiosity, and the horrors of growing up. The live action films drew from that landscape in a way that the animated film did not. The animated movie was generally fun and whimsical, with bright colors and an appeal to younger audiences.

But Disney films appeal mostly to young children. Sure, there tends to be adult jokes scattered in with many Disney films for parents to enjoy, but overall their demographic has always been skewed towards younger audiences. There’s also the very real possibility that the live action adaptation will throw in some new details or remove points that don’t work with the new narrative. It’s still too early to tell where this film will go, but in the end I predict it’ll take the same classic Disney route: a good film for kids, some mature themes sprinkled in for adults and teens to enjoy, and if we’re lucky we’ll get some callbacks to the original animated film.

Will the del Toro Pinocchio Movie Be Dark?

The short answer: most likely. Like Alice in Wonderland, Pinocchio is a novel originally published in 1883. That story is incredibly dark and twisted and paints Pinocchio in a more evil light. It’s something made clear in the very beginning of the book, when he ends up killing Jiminy Cricket after he warns him not to be a bad child. As The Vintage News puts it, “there goes Jiminy’s storyline“. Needless to say, if I had to bet which remake would kill Jiminy Cricket, it’d be this one.

But what guarantees the film’s dark content is the director behind it. As I’ve stated before, Guillermo del Toro is directing this version of Pinocchio. He previously worked on The Shape of Water, Pan’s Labyrinth, and Hellboy. It’s safe to say he’s no stranger to dark and scary films, and he’s known for his thematically complex and emotional narratives. Combined with stop-motion animation, he’s practically born to direct Pinocchio! But if you’re familiar with any of his past work, you can probably connect the dots. So long as del Toro’s heading the team behind it, this movie’s guaranteed to be incredibly dark and twisted.

Neither Pinocchio film currently have set release dates, and only the Disney adaptation currently has a teaser trailer. There’s not much else regarding their plots, but we do know that the del Toro film will take place in 1930s Italy and that The Jim Henson Company and ShadowMachine are producing it with an eventual release on Netflix. We also know that the Disney Pinocchio remake will be streamed exclusively on Disney Plus. Frankly, I’m excited for both of these films. Maybe I’m biased, but Pinocchio remains one of my favorite fairytales despite the nightmares it gave me as a kid. Thing is, Jiminy Cricket is my favorite character, so let’s hope he doesn’t die in either of these films.

Are you looking forward to the new Pinocchio films? Will either of them be darker than the novel and the 1940 animated film? Sound off in the comments or send us your thoughts on Twitter!