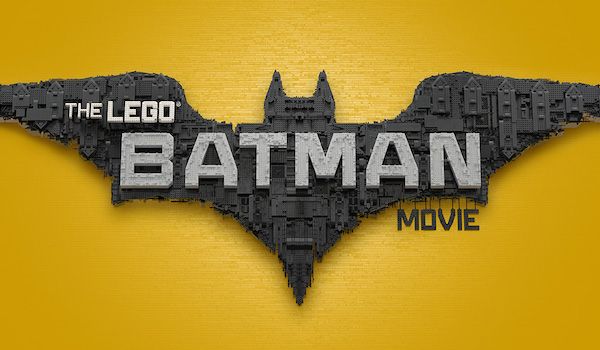 We hear people saying it all the time. “Do it for the kids, man.” “Think of the children.” “A person’s a person no matter how small.” We hear you and, as superhero fanatics, we at A Place to Hang Your Cape understand how instrumental this genre was to our childhoods. But a child’s first experience watching a movie or show with our favorite heroes can be a make-or-break moment depending on what they watch first. You’re dancing on thin ice if the first movie your kid watches is one of the Fantastic Four films. So, as a former child, it’s my responsibility to advise you on the best superhero movies for kids under 10. 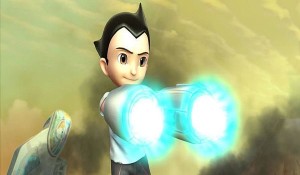 Here’s an unsung film about an unsung hero. Astro Boy is an exciting superhero tale that also tackles some very heady themes. David Bowers‘ film tells the story of an inventor dealing with a horrible tragedy and building an android son. This android, who turns out to be our main character, Astro Boy, has extraordinary abilities even for the futuristic society he lives in. On his adventures, Astro Boy befriends both robots and humans while a war begins to wage within his home of Metro City. As the story continues, themes of AI sentience, class, and grief emerge as Astro Boy attempts to save those that he loves. This film is based on the manga series of the same name and is, overall, a very unique introduction to the superhero world that I would recommend for kids. 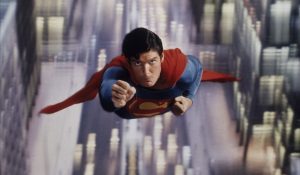 Have to show your kids at least one of the classics, and while I love Adam West‘s original Batman movie, this one gets the slight edge. The original blockbuster Superman film is memorable for a number of reasons. First, there’s the star-studded cast and the overall terrific storytelling of the Man of Steel’s origins. But this film is considered a classic because of its iconic action sequences and the chemistry between Christopher Reeve and Margot Kidder. Powerful themes of love, loss, grief, and resilience are abundant throughout, and, overall, this is the film that really kickstarted the superhero film genre. It’s never a bad idea to show your kids where it all started. 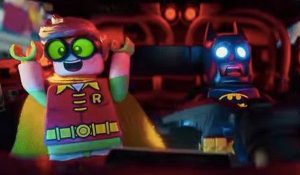 The success of The Lego Movie has spawned various spinoffs and a sequel. Yet, only one really is in the same discussion as the original and luckily that one is part of the superhero genre. The Lego Batman Movie is a comedic, beautifully animated take on the DC universe that was badly needed at the time. DC movies were starting to be looked at as too dark and just generally not good at the time, and while this wasn’t part of the DCEU, it was a breath of fresh air before a movie higher on this list really took the reigns. Also, it’s great for kids! Who doesn’t like legos? And if you’re a child reading this article, legos are not edible. They never were. 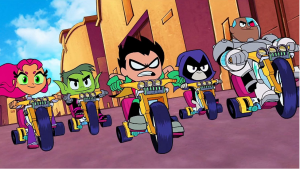 There are three reasons for your kids to watch this movie while growing up. First, with all of the inside jokes on the superhero world, this film will get better for your kids as they watch more DC content. Second, even without watching other DC content, this movie is an ideal introduction to the DC world as it’s very lighthearted. And third, this film could lead your kids to the Teen Titans show from my childhood which is terrific. What’s odd about this film, while it is very good, is the show it’s based on, Teen Titans Go!, is pretty average. Nevertheless, Teen Titans Go! To the Movies is a triple threat and certainly a kid-friendly movie that eases them into everyone’s favorite genre. 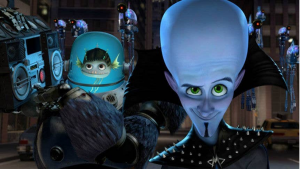 One of the few movies with Will Ferrell in it that kids of all ages can watch. That’s very rare. Very, very rare. Megamind provides a very interesting take on the superhero-supervillain dynamic. While anyone can watch and enjoy this film, I would have your kids watch a few superhero movies or shows beforehand. But that’s just for the sake of the enjoyment factor than anything else. Also, an important theme that this movie brings up is to be careful what you wish for. And to never trust Jonah Hill unless he’s in a baseball movie or has an afro. 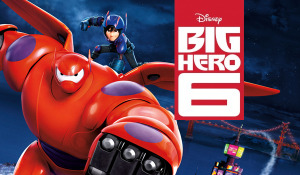 Definitely one of the more unconventional superhero movies on this list. But still, an incredible tale of grief, friendship, and sacrifice. By this film’s end, it’s very hard for the audience not to have shed a tear during the runtime. Big Hero 6 delves into what it really means to be a hero as Baymax begins to understand humanity’s emotional compass. Caring and selfless from beginning to end, Baymax is a visual example of resolution through peace. The film also provides an interesting take on artificial intelligence which is something that should definitely continue to be discussed among mainstream audiences going forward. 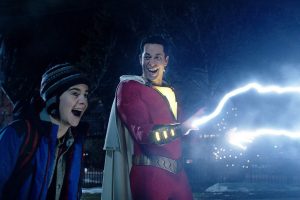 Big meets Superman would be a decent description of this film. And it was a pretty pleasant surprise because Shazam can be a tricky character to translate to the big screen. But Billy Batson is one of the more relatable characters on screen especially as he steps into the world of magic. David F. Sandberg’s film, overall, is an exciting coming-of-age film that also has a lot of heart. The film’s themes of family and friendship are great for children and even parents. Overall, Shazam! should be high on all parents’ lists for their kids. 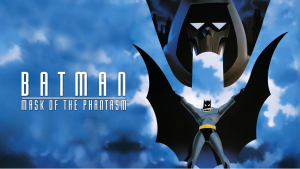 Here is a terrifically underrated movie that’s a good gradual introduction to the world of the Dark Knight. And with it comes the legendary duo of Kevin Conroy and Mark Hamill. Those two names are synonymous with Batman and the Joker and they both bring the characters to life in this film. Serious question. What do you think your kids will be more shocked by? The fact that Darth Vader is Luke Skywalker’s father or that the voice of the Joker for close to two decades is Luke Skywalker? Not only is this a great Batman movie, but it’s always one of the best Bruce Wayne films from a character arc standpoint. And despite dealing with some dark themes, the film is still age-appropriate for most kids. 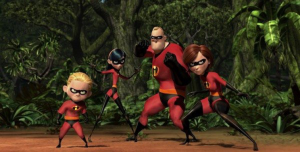 Such a terrific film that is unlike any other Pixar movie. The Incredibles balances both some lighthearted and serious themes as we meet the most extraordinary suburban family. It also stands as a coming-of-age story for both kids, Dash and Violet, as they try to live normal lives while their parents struggle to escape their past. Plus, the villain in this movie is very relatable and teaches us the theme to not blindly look up to people…or to rudely dismiss them. Just tame enough for your kids to watch and certainly a movie that people of all ages can enjoy. 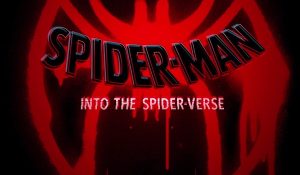 Another easy pick for number 1. The only reservation I have about suggesting this movie for kids is this might be the best of the Spider-Man universe. I’m a huge Sam Raimi fan but it’s very hard to argue that there is a better Spider-Man movie. Maybe Spider-Man 2. Still, even if it is the best, that doesn’t mean I shouldn’t recommend it. Amazing visuals, solid characters, and very underrated comedy make this is a very safe pick for the top of this list. This film also ties in all the elements of the other films on this list, such as the coming-of-age narrative, relatable villains, and essential themes on human interaction. Your kids will love this film, learn a lot, and be given a great introduction to the Marvel universe.

What do you think the best superhero movies for kids are? Astro Boy? The Avengers? Joker? Sound off in the comments or send us your thoughts on Twitter!