Home » “The Sensational Swan” brings adventure for all ages! 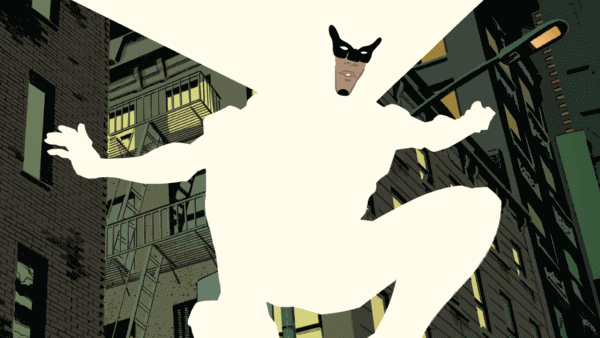 Randy Stone’s The Sensational Swan brings to life an exciting new superhero duo! Various writers, artists, colorists, and letters collaborated on the three stories that compose the anthology. Following the adventures of Dr. Micheal Murphy, the stories do not have an ongoing story arc. Instead, they take place in different eras and create the perception that the characters have a long-standing history of continuity. This allowed the creators to explore distinct art styles and experiment with the characters. This format helps the comic strike a strong balance between kid-friendly content and mature themes.

Dr. Micheal Murphy (otherwise known as the Swan) is a psychiatrist by day and a vigilante crime-fighter by night. Despite his nonthreatening namesake, he has a serious semblance. For example, the story “Reflections,” written by John Ward, has a darker underlining theme and takes a closer look at the psychology of vigilantism. It uses the Swan’s inner monologue to suggest that the “manufactured personas are a coping mechanism.” Marco Peruguni was the artist for this tale, and Ariana Maher did the lettering. The black and white art creates a sharp contrast between the Swan and his adversary the Dark Swan. The shading amplifies the intensity of the battle. At the same time, it highlights the divergence in Murphy’s alternative identities.

On the flip side, the story “The Dauntless Duckling” is wholesome and fun. It was written by Stone, and the art was done by Robin Richardson, colorist Gabriela Contreras, and letterer Greg Deng. It focuses on the Swan’s protege, the Duckling, as he faces the “dastardly Statuesque” in his first solo mission. The introductory caption dramatically sets the stage with an abundance of alliteration. When I read this, I couldn’t help but imagine the theatrical voice of a television show narrator introducing a new episode. Thus, I was not surprised to learn that the 1966 Batman show heavily influenced the design. The art also partakes in this enjoyable throwback with its colorful backdrops that blend into darker shades.

The Sensational Swan does have a few drawbacks. Some of the action sequences in “The Dauntless Duckling” were difficult to follow. It was unclear why the villain suddenly had to retreat. Since the stories are freestanding, there is little context available to explain the motives of any of the characters beyond a superficial level. It would be interesting to see what these characters could develop into given the opportunity. However, the most enjoyable aspect of “The Dauntless Duckling” was the dialogue.

The Duckling dropped so many witty one-liners and a bountiful amount of puns! In fact, many of those puns were hand-themed because the young hero is an amputee. It was exciting to see a character offer a positive representation for people who have disabilities. When the Duckling teams up with the Magic Swan he has the opportunity to wish to be made “whole.” Instead, the Duckling asks for his mentor’s safe return without a moment’s hesitation. He treats his disability with a healthy attitude and knows he doesn’t need fixing. The story directly addresses his disability instead of tip-toeing around it. There are many superheroes in other comics that have disabilities. However, many of them have technologically advanced prosthetics that help them fight crime, making it difficult to relate to them. By putting the spotlight on a superhero with a disability, the comic offers visibility for people with disabilities.

Overall, The Sensational Swan is an engaging comic for readers of all ages. The anthology gracefully considers serious subject matter while simultaneously having fun with the superhero genre.

For more information on The Sensational Swan be sure to visit the Kickstarter. How do you feel about these feather-themed superheroes? Let us know what you think in the comments below or visit us on Facebook or Twitter!