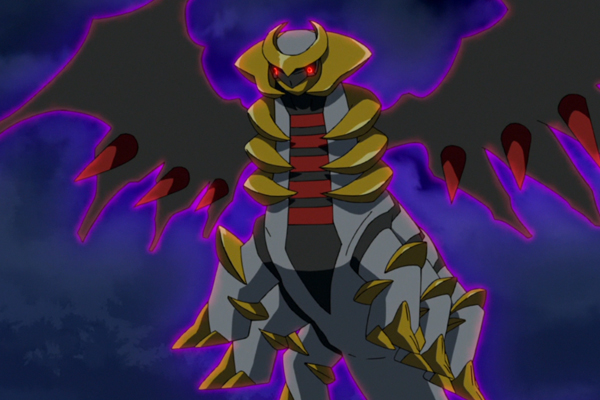 Our journey through the Pokémon world continues, exploring the geographical, historic, and mythical origins of each region. The Sinnoh region was the setting of the fourth generation of games: Pokémon Diamond, Pearl, and Platinum. It was recently announced that these games would be remade, further gaining an open world prequel called Pokémon Legends: Arceus. Respect and reverence for the past are key themes in Sinnoh, binding the region’s own mythology together. As usual, the information presented in this article comes from Bulbapedia.

Sinnoh is based on Hokkaido, Japan’s most northern island. Game designer Junichi Masuda described Sinnoh’s name as meaning “mysteries”, associating it with the region’s many myths.

The games introduced the Pokémon creation myth. The world was created by the god Arceus, who created Dialga and Palkia, the gods of time and space. A third god, Giratina, was created, but its violent tendencies led to its banishment to the Distortion World. Arceus then created the Lake Trio, Azelf, Uxie, and Mesprit, who embody willpower, knowledge, and emotions. The three sleep within Lake Valor, Lake Acuity, and Lake Verity. Once the world’s creation was complete, Arceus went to sleep in the Hall of Origin. If Arceus is the father of all Pokémon, then Mew is their mother, the progenitor of all modern Pokémon.

It is suspected that this creation myth is based on the Shinto legend of Izanami and Izanagi. The two sibling deities created Japan by launching a spear into the sea, causing the islands to rise and form. Giratina is the personification of antimatter. Its violent actions and banishment are similar to the concept of a fallen angel. The Lake Trio resemble fairies, but take inspiration from the Imperial Regalia of Japan. Azelf represents the sword Kusanagi, Uxie represents the mirror Yata no Kagami, and Mesprit represents the necklace Yasakani no Magatama.

The Lake Trio’s homes play a key role in Sinnoh’s mythology. They are individually based on lakes in Hokkaido, namely Toya, Kussharo, and Kutcharo. A fourth lake was introduced in Pokémon Platinum, the Sendoff Spring, leading to the Distortion World. The thick layer of fog references Lake Mashu’s own unique weather. The region’s central mountain range, Mount Coronet, is based on the Ezo Mountains.

Our journey begins in Twinleaf Town, home to our heroes Lucas and Dawn, and their rival Barry. Like other starting towns, Twinleaf has little in common with its real life counterpart, Noboribetsu. The Japanese city is known for its many onsen, and has a bear park. The player can meet Professor Rowan, and choose their starter Pokémon: Turtwig, Chimchar, or Piplup. The next town, Sandgem Town, is a beachy location, based on Tomakomai, the fifth largest city in Hokkaido.

Jubilife City is the largest city in Sinnoh, fittingly based on Sapporo, the largest metropolis in Hokkaido. Locations in Jubilife match the Sapporo TV Tower and the Hokkaido University. Information technology is a major sector of the Japanese economy, referenced through Jubilife’s Pokétch Company, which makes touch screen watches.

Oreburgh City and its parallel Yubari were founded as mining towns. Yubari’s mines closed down, so Oreburgh can be seen as a homage of the city’s golden age. Next is the beautiful Floaroma Town, once a lifeless wasteland, transformed into a thriving garden thanks to the mythical Shaymin. Floaroma is based on Biei, a rural town famous for its beautiful greenery, often used as a backdrop for Japanese television. Attached to Floaroma are the Valley Windworks, taking its windmills from Tomamae.

Eterna City is based on Asahikawa, the second largest city of Hokkaido. Eterna is depicted as an older settlement, centred around a shrine to Dialga or Palkia. Hearthome City is described as being popular with families, and is environmentally friendly. Hearthome’s counterpart Obihiro was described as a “model environmental city” in 2008. Obihiro is not famous for fashion shows like the Pokémon Contests, but rather a unique take on horse racing called Ban’ei.

Solaceon Town stands in for Ashoro, a farming community, which is close to the Akan Mashu National Park. Veilstone City is a large, isolated metropolis carved from steep mountains. Its northern, cold climate references Abashiri, which can have harsh winters. The evil Team Galactic has their headquarters here, based on the Abashiri Prison.

Celestic Town may be the oldest in Sinnoh, home to an ancient shrine, and preserves the region’s old traditions. It is based on Kitami, though has little in common with it. At one time, Kitami sold seventy percent of the world’s mint supply. Pastoria City is on the edge of the Great Marsh, referencing Kushiro and its shared marsh.

Canalave City’s most notable feature is its central canal, referencing Otaru, a historical city that serves as the main port of Ishikari Bay. The port ferry can take passengers to Iron Island, Fullmoon Island, and Newmoon Island. These are based on Yagishiri Island, Rebun Island, and Rishiri Island.

Snowpoint City’s role as Sinnoh’s most northern settlement mirrors Wakkanai being Hokkaido’s. The winter winds there are the highest and coldest in Japan. Hokumon Jinja, a Shinto shrine, is dedicated to the gods Amaterasu, Takemikazuchi, and Kotoshironushi. This shrine is represented by the Snowpoint Temple, home to Regigigas. To awaken it, Regirock, Regice, and Registeel must be in the player’s party.

Sunyshore City is a port town that is powered by solar energy. It is based on Nemuro, best known for its sushi and escalope dishes. The player can meet Jasmine, the Olivine City Gym Leader from Johto, who has a keen interest in the Vista Lighthouse. Said lighthouse is based on the Nosappumisaki Lighthouse.

The Pokémon League is inspired by Kunashir Island, which has long been in dispute between Japan and Russia. The most unusual location in Sinnoh is the Battle Zone, which is based on Sakhalin, another Russian island, that used to be claimed by Japan.

The upcoming game remakes and the prequel may change the landscape of Sinnoh. For a region immersed in its past, it will be a unique experience revisiting Sinnoh in Arceus, especially to see how Hokkaido further influences its culture and locations.

Sinnoh is the last region based on Japan. For the fifth generation, Game Freak went around the world, creating Unova, based on New York City. We shall be exploring the fifth Pokémon region in our next article. Feel free to leave any comments below or on Twitter!