Home » The Suicide Squad Trailer: The Same, But Better! 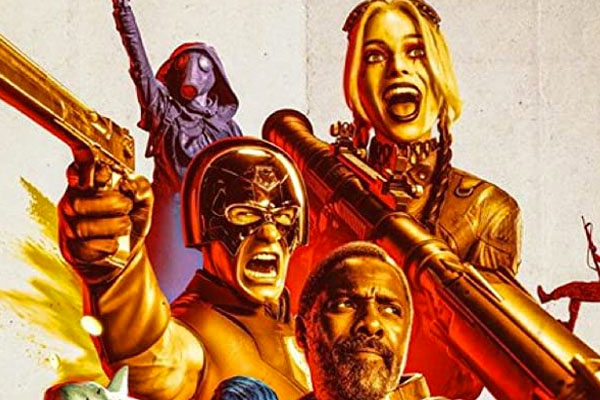 Two The Suicide Squad trailers have now been released, and while key plot points remain a mystery, one thing is clear, it’s not much different than the first. Yet completely different at the same time. Even the name suggests this isn’t necessarily a sequel, more like another try.

As most of us know the original Suicide Squad movie was a box office flop. Fans and critics bombarded the movie with negative reviews. Partly due to a weak villain set-up (sorry Enchantress and Joker), it also lacked in its disappointing Kaiju fight, and weak character interactions. In the movie’s third act, it expected us to believe this rag tag team now loved and trusted each other.

The sequel trailer however, is surprisingly similar to the original movie’s. An overstuffed cast, some playing barely recognizable DC characters going on a suicide mission and faced with a giant threat. While the original aimed it’s focus on main stars Margo Robbie and Will Smith, the sequel divides the attention.  It wants us to remember that this is, first and foremost, a squad. The decision to split the focus is the right choice for such a packed movie, though expected from James Gunn.

Having written and directed both Guardians of the Galaxy movies, he is no stranger in team movies, but mostly he is adept into giving life to relatively unknown characters. He does this in a relatively simple way, he doubles down on the silliness. This irreverent sometimes childish humor is what gave the original Squad its best moments. The lesser known characters also seemed pre-destined to die with only the big shots surviving.

The Suicide Squad shows an even more robust and sillier cast of characters than the original: King Shark (Silvester Stallone), Polka Dot Man (David Dastmalchian) , The Detachable Kid (Nathan Fillion), Peacemaker (John Cena), and a weird creature known as the Weasel (Sean Gunn), to name a few. While King Shark is now very well known due to the Harley Quinn animated series and CW’s The Flash, the rest of the squad is almost an inside joke between DC readers, often mocking their strange powers and uselessness. Here these wackos are placed in the spotlight, saying  “yeah we’re weird, that’s the point”. The all-around A-list cast also makes it harder to predict who might actually survive this blood fest.

The villain now being set-up as Starro is also a fun choice. A giant mind-controlling starfish monster is about as ridiculous and out of sorts as DC gets. Though I feel like the movie could benefit from a less immense villain, at least Starro matches the weirdness. So far I am very excited for The Suicide Squad, it will be interesting to see all these characters [not] play well together, and to see how far the bloody humor can go, which seeing the trailer, seems pretty far.

What did you think of the trailer? What villain are you most excited to see come to life on the big screen? Sound off in the comments or send us your thoughts on Twitter!