Home » Why The LEGO Movie Is A Marketing and Cinematic Masterpiece 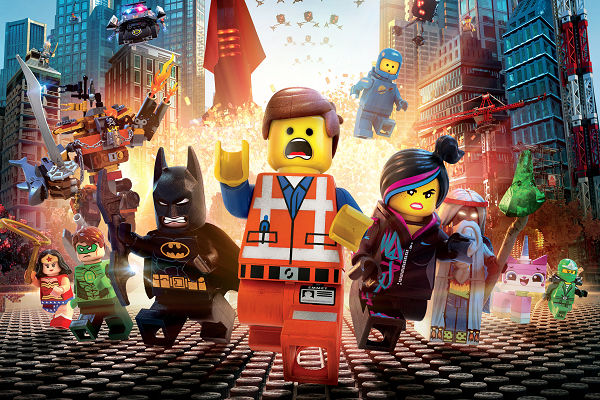 Let’s get things straight here. You probably looked at the title of this article and went “what?”. If that wasn’t your gut response, then you might know why I’m about to praise The LEGO Movie for a couple hundred words. There’s a lot to love about this nostalgic, action-packed comedy film even without looking into the little details. It’s a movie for all ages, and it got such a positive response that it got a sequel and spin-off films! For this article though, I’ll only be talking about the original movie: The LEGO Movie. After all, it’s responsible for more than just sequels and spin-offs.

Not The First, But One Of The Best

The LEGO Movie is far from the first film to take inspiration from a toy line, and it’ll be far from the last. Some of the bigger toy franchises out there with films include My Little Pony, Care Bears, Transformers, and Barbie. What separates LEGO from these brands is their target audience. The aforementioned brands cater to young children, and while LEGO does too, it’s also got a large following among older fans. They also tap into other brands to create their products. There’s Disney LEGOs, Star Wars LEGOs, Jurassic Park LEGOs, Marvel LEGOs, DC LEGOs – the list goes on! Tapping into these brands makes LEGO products recognizable as LEGO and as whatever brand they’ve based a build on.

Now take a look at The Lego Movie. Most of the main cast is comprised of original characters, but there’s heavy involvement from other franchises as well. Even though Batman’s one of the lead characters, there’s also a ton of other recognizable DC superheroes. Superman, Wonder Woman, The Flash, and Green Lantern are all Master Builders, though they play much smaller roles than Batman. But there aren’t just superheroes involved. We also see Dumbledore, Gandalf, Michelangelo from Teenage Mutant Ninja Turtles, and even Abraham Lincoln! The sequel and spin-offs introduce even more characters from different franchises, and they all exist in the same cinematic universe.

This is insanely clever. LEGO makes huge profits off of builds inspired by existing franchises. Just take a look at LEGO’s best selling sets page. On the first page alone, half of the results are sets from franchises like Disney and Star Wars. With a movie propelling LEGO into the spotlight, they have even more chances to create new sets with these franchises in mind. But even above that, they created new merchandise for the movie itself and the characters involved. That meant more DC Legos, more Lord of the Rings Legos, and newly produced Emmett Brickowski Legos. Fox Business says it best: following The Lego Movie‘s success in February 2014, “the little plastic blocks that have inspired imaginations for generations saw a record $4.4 billion in sales”. That’s even higher than the film’s box office sales!

Why Does The Lego Movie Work?

We’ve talked about the merchandise and the marketing, but the movie itself shines even without all the LEGO sets it inspired. It’s obvious from the very beginning of the film that The Lego Movie has an incredibly unique animation style. Even though it’s mostly produced using CGI, the characters and objects move like real Lego pieces would. They defy reality by coming to life, but they also fit into our metric of how Legos operate. We don’t expect Lego figures to have a human’s range of motion, for instance. The movie does a great job of fitting Legos into our world and our sense of reality. It’s almost weird to think that this film is mostly CGI work!

The Lego Movie also manages to have a compelling and hilarious story. The basis is simple enough: a fairly average guy stumbles into the role of the chosen one and must prove that he’s worthy of saving the world. We’ve heard this premise a thousand times, and we’ll probably hear it a thousand more times in the future. But maybe that’s what the movie needed to become so successful. After all, it’s essentially a big marketing ploy for LEGO products. And let’s not forget the surprise twist that comes about two thirds of the way into the film. In a way, it reinforces the fact that Legos are for anyone and everyone. It inspires people to think outside the box and be creative, no matter how old they are.

Yes, that’s probably another part of The Lego Movie‘s marketability. But it’s definitely a large part of why the film succeeds on such a massive scale. The film takes a generic storyline, puts a twist on it and applies it to the audience in a very real and candid way. It also plays on peoples’ nostalgia and opens up the playing field for all sorts of possibilities. Despite being deceptively simple in execution, The Lego Movie brings in an audience for the humor and nostalgia, and it manages to keep them for the same reasons.

The team behind The Lego Movie deserve nothing but respect for essentially reviving LEGO and pushing it forward in the toy industry. The first time I watched it, I wanted to go home and dig up all my old Lego sets for old times’ sake. I still have a lot of sets displayed on a shelf in the living room, and I remember how much fun it was building them all. There’s satisfaction in creating something with your own hands, whether it’s with the help of a guide or with your own imagination. And The Lego Movie reminds me that neither method of creating is wrong.

Did you enjoy The Lego Movie? Does it still hold up as a good film after all these years? Let us know in the comments or send us your thoughts on Twitter!