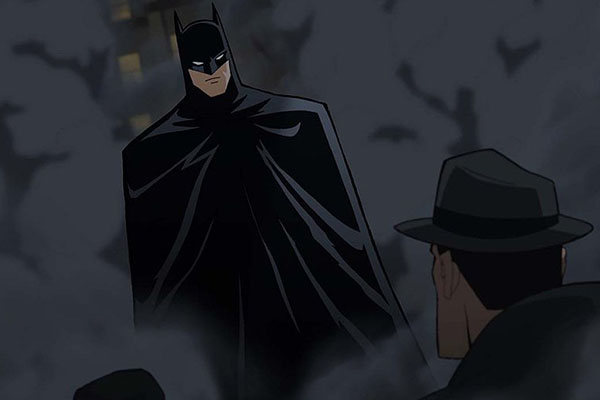 It’s safe to say that DC have not consistently produced impressive live action movies. While DC and Warner Bros have produced some of the best superhero movies, and they also definitely produced the worst. Inconsistency has been their motto. But there is one area where DC have always triumphed: animated movies.

DC’s animated work has always been the standard of excellence, DC have produced some of the best animated superhero movies of all time, and that is not an overstatement. Batman: Under the Red Hood, Justice League: The Flashpoint Paradox, Batman: Mask of the Phantasm, just some titles that come to mind. These movies set that high standard, maybe even a little too high.

Every Peak Has Two Valleys

DC kept releasing animated movies, even with all the money going towards the big screen movies development, DC kept producing animated movies for their true fans. However, in recent years, the ratings have taken a dive and reception has been a tad salty, but is that response justified?

One might wonder why the ratings have dropped and fans have not liked the recent DC animated movies, but if you watch them in succession, the reasons are obviously there. Cliche stories, basic animation, and generic-stereotypical characters are the main ingredients for the poor production quality. Movies such as Batman: The Killing Joke, Batman: Hush, Son of Batman, and Teen Titans: The Judas Contract have not lived up to the great DC standard. We have seen the best DC has to offer, this is not it.

Fans are hoping DC have learned their lesson from previous failures and disappointments, even though these disappointments were once huge hopes. Batman: The Killing Joke was arguably the most anticipated DC animated movie release. Then came Batman: Hush. Both are some of the most beloved Batman comic books, but both animated movies turned out to be failures. So the question is this: is Batman: The Long Halloween destined to fail? Not necessarily , but only if it learns from its predecessors.

Staying True to the comic book

Much of the valid criticism towards Batman: The Killing Joke and Batman: Hush was these movies did not do the comic book versions justice. The Killing Joke in fact added new context to the story that was not in the comic book, which took up almost half of the movie. You had to watch 40 minutes of generic drama and action before getting to the events of The Killing Joke, and by that time, all the anticipation had gone out the window.

Perhaps DC had learned from their mistakes before making Batman: Hush, but that thought is only a wish. Hush had a few good moments, only a few, but the biggest plot twist (the reveal of the character Hush) was altered from what it was in the comic book. It was the straw that broke the camel’s back, at that moment, fans could only detest Batman: Hush, after holding out hope that DC would do the beloved comic book justice.

This is the most critical area The Long Halloween needs to fix and how DC can win the fans back. The comic book conveys a dark and gritty aesthetic with beautiful artwork, mystery and ambiguity is embedded within the story, the character development and objectives are clear and motivated. If director Chris Palmer can translate the comic book into a piece of film, in a genuine fashion while staying true to the comic book, that would be huge step in the right direction.

Unfortunately, from the looks of the trailer, the movie will carry on the same old  style of animation. Therefore, the movie needs to compensate with great storytelling and voice acting, and there is a good reason to be optimistic. The cast of the film is quite impressive, with Jensen Ackles, Josh Duhamel, Billy Burke, and Titus Welliver. The talent is there, what remains is how director Chris Palmer brings out the best of them.

The fans are not ready to give up on DC just yet, even with all the let downs, fans still believe in DC, and The Long Halloween can validate that belief.

As simple as it may sound, it is absolutely necessary, Batman: The Long Halloween needs to be an animated version of the comic book, no changes or adjustments. Just then, perhaps, that long awaited wish could finally come true.

What do you think of the upcoming release of Batman: The Long Halloween? Sound off in the comments or send us your thoughts on Twitter!