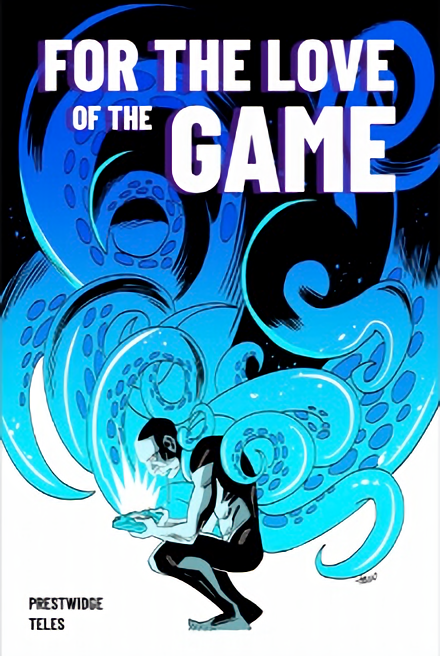 As we have all previously and collectively lost our minds over the Snyder Cut, we now get to revisit why we are so excited for it in the first place. The main reason being, not only the production process of the film, but also the final product itself. I love Zack Snyder and Joss Whedon as directors, but Justice League (2017) is a visual mess. And one of the main reasons for this are the fight scenes. Almost all of them are a jumbled mash of bad CGI with very little storytelling behind the action.

It is possible for films and comics alike to tell compelling stories simply through the actions of their characters; with little or no words at all—just from a visual standpoint. And that is exactly what For the Love of the Game accomplishes. Our main character doesn’t say a single word in this short comic. Which is one of the main reasons why this story is so effective; you know exactly what he’s thinking without uttering a single phrase. Because of this connection, the ending is even more impactful. This allows the reader to think about the ethics behind experimental testing and addiction.

For the Love of the Game is about a lifelong test subject trapped in an unassuming experiment. What seems so simple from our perspective to get out of, drags our protagonist down a dark road of addiction. To escape this path, he has to flee from the only activity that seems to give his life purpose. And he’s not the only one trapped in this confinement that looks like a mental hospital. But who are the experimenters and why are they doing this? That question leads us to some very complex ethical dilemmas by the end. 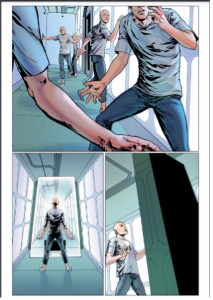 Jared Prestwidge writes this visual affair as Mariam Yasser, Sidney Teles, and Drew D. Lenhart cover the illustrations. The trio do a great job of detailing the insanity of the environment; specifically, the mundanity of this solitarily confined area. It’s almost as if the experiments are the only things that people like our protagonist can be excited about. This is the tragedy of the overall story.

But at the end of the day, it begs the question of real life experimentation on any group of sentient creatures – and yes, guinea pigs and rats count as sentient. Everything that this story is trying to get across is very subtle. Which really, is part of the reason why it all works so well. Prestwidge’s work is like a very concise version of a Twilight Zone episode. Like many Twilight Zone episodes, there’s a build to an ending that leaves the reader with a lot of questions and themes to consider. And also, there’s a little bit of a twist!

Overall, there’s a lot to like with this comic. It’s quick, visual, to the point, and gives the reader something to think about. Definitely check this out if you’re into a multilayered tale about addiction. Also, this is nothing like the baseball film of the same name. Just have to make that one clear, even though you already know that reading this far.

Addicted to For the Love of the Game? If you want more details about how you can get access to fill your need, you can check it out over at Comixology. Sound off on both our Twitter and/or Facebook feeds to let us know what you think of it!