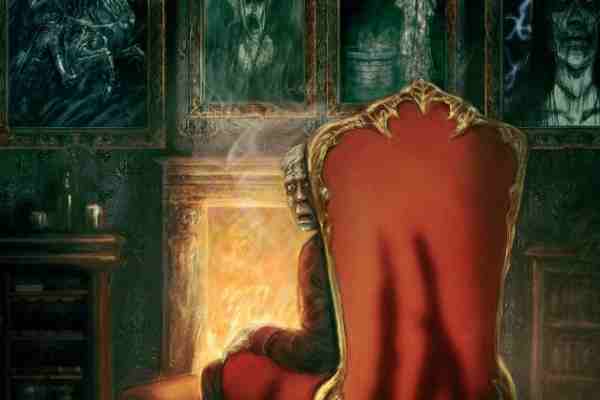 Early Haunts is a graphic novel anthology of classic, forgotten ghost stories. T.W. Burgess adapts four diverse stories cherry-picked from around the globe. Consequently, Burgess pairs these stories with distinct art styles from talented artists. This complements the disparate possibilities these specific stories often tell. What ties this quadrumvirate of fright together? Their relationship to the horror zeitgeist. This zeitgeist is their legacy.

A Christmas Carol. Frankenstein. Sleepy Hollow. Ringu. Each story in Early Haunts is an antecedent to one of the most iconic horror stories of all time. There are four stories in the collection. Each of these can be argued to inspire one of the four iconic tales listed above. That is to say, Burgess details this in short histories before each chapter. Therefore, these forewords provide real insight and definitely encourage you to read more into these bodies of the genre.

The first of the four is “The House in Athens” – an antecedent to A Christmas Carol. This story reads like a mysterious shadow of the ancient Greek myth it’s based on. Told through omniscient narration only, therefore there’s no speech involved. Mike O’Brien’s art keeps to dark shades of red and blue, like a distant memory in monochrome. And then comes “The Death Bride” for Frankenstein. This is an Italian fable from the 19th century that definitely revels in the genre’s Romantic traditions. Flamboyant characters with zealous narration lead us through this gothic tale. Above all, David Romero’s art prioritises character drama, expressions and large reactions.

The third story is “The Wild Huntsman” of The Legend of Sleepy Hollow. This German legend presents the most impressionistic art of the four stories. Brian Coldrick’s exaggerated characters and action pair excellently with the preternatural subject matter of the story. As a matter of fact, this might be my favourite of the four chapters. Finally, there’s the fourth story, “The Tale of Dish Mansion” – antecedent to Ringu. This Japanese folktale is the most cinematic story of the collection. Bri Neumann’s art with Bryan Valenza’s colours bathe the most horrific scenes in stark red light. As a result, there lies this constant foreboding presence. This particular chapter has the most frightening of images. But to be fair, these are lifted from the uncanny text itself.

Reading Early Haunts, I see the similarities between these four stories and the years of horror there’s been since. I also recognise the seeds of tropes; like a haunted house, or a dead relative seeking their revenge from beyond the grave. I believe that as the intent of Early Haunts. And in short, it’s horrifically successful.

For more information, check out the Kickstarter page for Early Haunts here. You can also read our interview with T.W. Burgess here. Sound off in the comments or send us your thoughts on Facebook or Twitter!