Home » “Spider-Man: No Way Home” – A Strange Portal to the Multiverse?

Among the many upcoming projects in the MCU, one of the most hyped is Tom Holland‘s third solo outing as the webslinger in Spider-Man: No Way Home. From the announcement of returning actors from other versions of the franchise to red herring movie titles, fans are keen to decipher the secrets of Spidey’s next adventure. Will it be an entry point to the Multiverse?

One of the most exciting additions to the threequel is Benedict Cumberbatch as Doctor Strange. Presumably he will take the mentor role that Iron Man and Nick Fury once filled. Suitably for the expanding universe of Phase Four of the MCU, Strange is more of the old-fashioned wise magician type. He makes a powerful ally for Peter Parker, whose secret identity was just exposed to the world at the end of Spider-Man: Far From Home.

Considering Doctor Strange’s arsenal of spells and artefacts, he is an excellent choice to protect Parker from enemies of The Avengers. Will he restore his anonymity through mystical means?

One fan-theory is that Strange might use the Eye of Agamotto (housing the Time Stone) to undo the broadcast which framed Spider-Man and disclosed his identity. However this would be a little too convenient – not to mention all the Infinity Stones were destroyed in Endgame. Still, it would be an interesting character arc if allowed room to develop. It is one thing for a rich CEO like Tony Stark to reveal his superhero identity to the world, and another for an adolescent like Parker who is juggling crimefighting and the pangs of teen angst.

Strange can also access other realities and dimensions. This film will come out right before Doctor Strange in the Multiverse of Madness, where he will appear alongside the newly souped-up Scarlet Witch. Is this potentially signalling the start of a new kind of crossover for the MCU? I would bet that Strange is going to play a pivotal role in the future of the franchise from this film onwards. 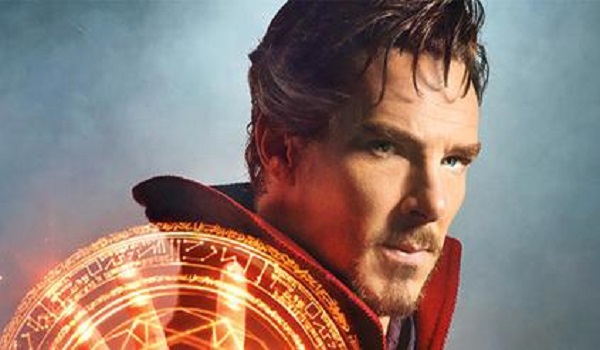 It’s also a safe bet that if he is not somehow responsible for the appearance of Jamie Foxx‘s Electro (The Amazing Spider-Man 2) and Alfred Molina‘s Doctor Octopus (Spider-Man 2), then Strange is a prime candidate to help solve this phenomenon. Whether this involves sending them back to their respective dimensions remains to be seen. Either way, his presence alone indicates a more mystical experience than the usual Spider-Man story.

There are loads of rumours about which characters will appear in the new film. The most likely are Tobey Maguire and Andrew Garfield as their respective versions of Peter Parker/Spider-Man. Other rumours mention Willem Dafoe as Norman Osborn/Green Goblin, Kirsten Dunst as Mary Jane Watson and even Charlie Cox as Netflix’s version of Daredevil. Given how much the original Spider-Man influenced the superhero movie genre, it would be amazing to see some of the cast return after almost 20 years.

If even a fraction of this turns out to be true, Spider-Man: No Way Home is shaping up to be an exciting chapter for fans of the wall crawler. As the MCU expands, so do the possibilities of characters we could see interacting with Holland’s Spider-Man.

Personally, I’d like to see The X-Men show up in No Way Home. Ever since Disney bought Fox, I’ve been waiting for Xavier’s School For Gifted Youngsters to appear in the NYC inhabited by Spider-Man and Doctor Strange.

Who would you love to see Spider-Man team up with on the big screen? Sound off in the comments or send us your thoughts on Twitter!