Home » Loki Episode 3: Love Is A Dagger (Though There’s Better Metaphors Out There) 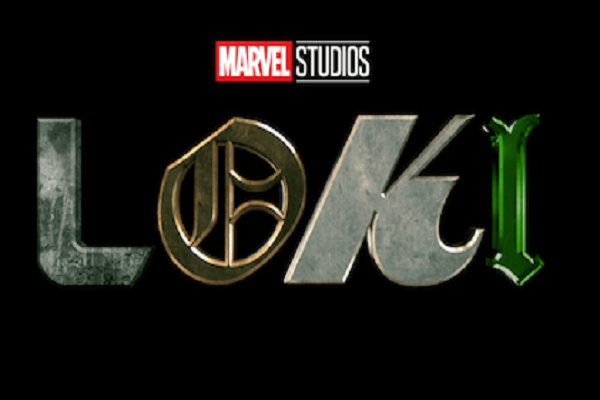 Loki‘s third episode, “Lamentis”, is now available on Disney+! We’re halfway through the series now, and things are starting to heat up. So let’s dive right into the episode and what we might expect from the rest of the series.

The episode starts by following Lady Loki through the portal from the second episode. She warps to the TVA, taking out a good number of agents before Loki catches up to her. During their duel, more TVA agents show up, and Lady Loki uses this moment to hold Loki at knifepoint. But in a twist of fate, Loki uses Lady Loki’s TemPad to throw them both into another apocalyptic event: the destruction of Lamentis-1. And of course, the TemPad runs out of battery afterwards, so they’re both stranded on a doomed moon. This forces both gods of mischief to bond – or at least, have tense conversations. We discover that Lady Loki doesn’t like being called Loki, and instead, she goes by Sylvie. Makes it easier to distinguish the two, at least!

Loki and Sylvie investigate an abandoned town, where their differences are first put to the test. Sylvie’s more inclined to use brute force, and Loki is more cunning and strategical. Neither strategy works on the lone civilian they find, though they manage to extract information regardless. The initial plan is to recharge the TemPad so they can jump to a new point in time. However, it requires them to get to the ark that’s evacuating people and use that as a power source. Thankfully, there’s a train that can take them right to the ark! Once again, Loki and Sylvie’s differences in strategy are displayed, and in an ironic twist, both end up working. Loki disguises himself as a soldier, and Sylvie uses her mind manipulation to get them past the security booth.

On the train, Loki and Sylvie attempt to bond. Turns out, they’re both very different! Sylvie knew she was adopted, but Loki didn’t for a long time. Loki knew Frigga, his mother, but Sylvie hardly remembers her. Frigga taught Loki how to use his magic, but Sylvie taught herself. Despite all their differences, however, it seems they do have some things in common. Turns out, they’re both bisexual! Or at least, Loki is. Sylvie doesn’t confirm if she is, but Loki suspects she is on the basis that they’re both…well, Loki. I’ll be honest, this moment made me so happy! Not only is Loki genderfluid, but he’s bisexual! About time Marvel gave their main characters some LGBTQA+ representation. Seriously, what took you guys so long?

It doesn’t take long for Loki and Sylvie to get caught. Loki’s partying it up with the other passengers, and he lets his disguise down. He slams his empty glass down and asks for another, much like Thor did in his first movie. It’s a nice callback, though I bet Loki would be annoyed if someone drew that comparison. He also sings a nice little song with the passengers! He’s got a nice singing voice, and I think he should consider it as a new job. I bet becoming a singer pays better than the TVA does. The soldiers on board catch on, and they almost apprehend Loki. One quick fight later, Loki and Sylvie get thrown off the train. Ouch. They’re lucky they’re gods, otherwise that would’ve hurt like hell.

Afterwards, Loki discovers that the TemPad broke. So now, their new plan is to board the ark and leave the moon. And now, because gods can’t fly apparently, they have to walk the rest of the way. Along the way, they talk about Sylvie’s manipulation powers. She specifically references Hunter C-20 and how she used a past memory to extract information. This surprises Loki, because he was told that the TVA workers were specifically created by the Time-Keepers. How could they have past memories like that? This means the TVA workers believed a lie this whole time. I hope Loki brings this up to Mobius in the future. Maybe Mobius will use that new information to rebel against the TVA!

Sylvie and Loki finally make it to the port, and in a single shot, we follow them through the amassing destruction. The falling planetary debris eventually destroys the very ark they hoped to board. As Loki watches on in horror, Sylvie storms off, and the episode ends. It’s very suspenseful! Yet at the same time, I’m surprised Mobius hasn’t shown up yet. I fully expect him to swoop in at the last minute and save the day somehow. It was weird not seeing him this episode, too. But he’s likely got his hands full at the TVA. Sylvie did kill a bunch of TVA agents before…

What did you think of Loki‘s third episode? How will Loki and Sylvie escape Lamentis? Will Mobius come in clutch to save the day? Let us know in the comments or send us your thoughts on Twitter!