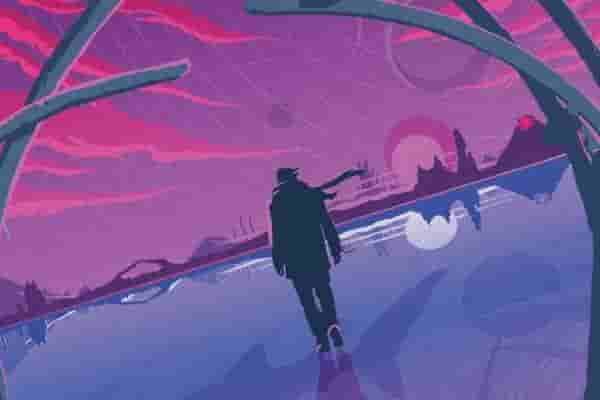 2000AD is perhaps the most well-known exhibit of up-and-coming talent and sci-fi stories in comics. Between that and the many other anthology series in the market, getting lost in the mix is easy; both as a reader and a writer. But when these periodicals introduce you to new writers and artists, don’t stop there. Have a look at bookshops, libraries, or sites like AP2HYC; you’ll never be at a loss for even more voices with new, innovative ideas.

Rejected is an anthology graphic novel of science fiction and horror stories, written by comic creator Baden James Mellonie. He collects previously rejected scripts from 2000AD and other companies; stories which wouldn’t usually see the light of day. Instead, Mellonie partners with the crème de la crème of UK comic artists to bring his writing to life. He blesses readers with works by Patrick Goddard, Karl Richardson, David Millgate, Steven Austin and David Hitchcock among others.

The collection includes quite a dynamic range of genre storytelling. “Angel” is a bitesize post-apocalyptic mood piece, while “Mayne” is an action vignette hinting at a larger world. “The Girl of Their Dreams” is a more haunting sci-fi fantasy, showing Mellonie and the genre’s sarcastic polemic range. “The Family Man” has potential to be a longer story, and “St. Andrew’s Point” is my favourite of the collection. It’s a funnily enough silent comic with chilling writing that works perfectly with Austin’s art.

Mellonie includes a four-page essay at the end of Rejected. In it, he summarises why he put the book out: to give this work life. As he himself says in this essay, a rejection is just an opinion after all – it’s not a statement of fact. Once he accepted that, he was free to take back control of his stories with his collaborators. And with that, he shares them with us.

Rejected can be purchased directly from Baden James Mellonie via his email or his Twitter. You can also find more information at Eight Continent Publishing. Have you checked out Rejected yet? Let us know in the comments or send us your thoughts on Facebook or Twitter!