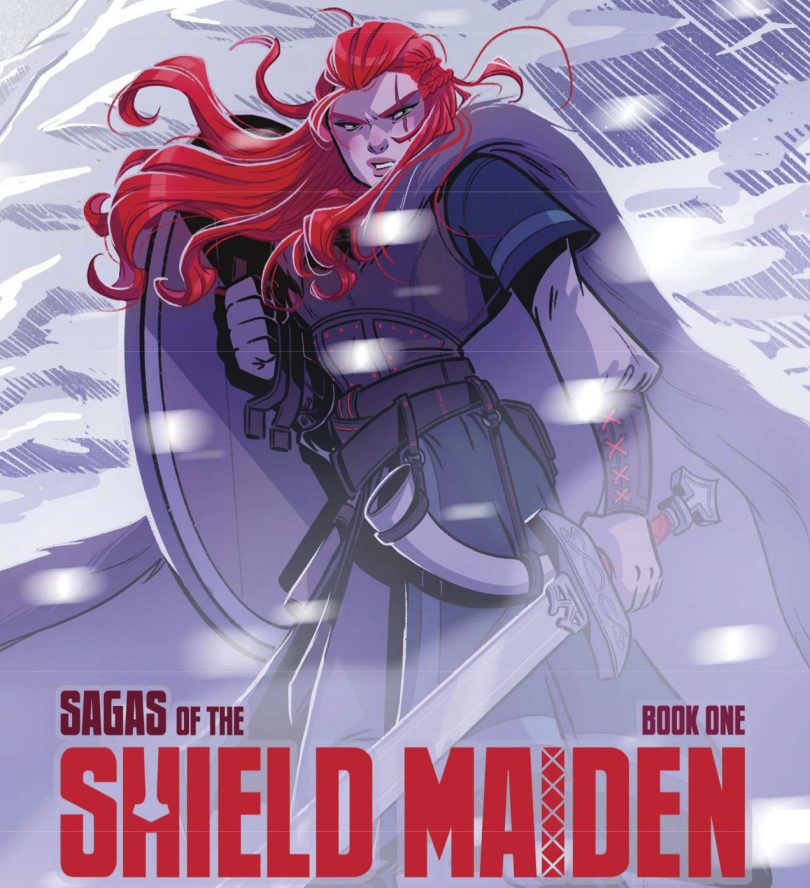 Five stories and an awesome character in one comic book. A lot to promise, but a lot to risk (not to spoil the review, but the risk definitely pays off). Sagas of the Shield Maiden is a Viking Western anthology that follows the extraordinary legend of the Shield Maiden, from her first raid in England to her righteous vengeance to her eventual death. Influenced by Norse mythology and the fascinating Viking history, Asa Wheatley‘s story carries out themes often found in the Western genre.

Balancing Five Tales in One Book

Set in the Viking era of Scandinavia, the book tells five separate sagas led by the Shield Maiden herself. Each story conveys a theme and tells us a little more about this ambiguous character that we instantly like. The structure of the stories and timeline is non linear, and they do not happen consecutively. Each part picks out a pivotal moment in her life, and we have to put the pieces together to understand the character. Wheatley brilliantly structures this so you don’t get lost reading the comic book, in fact it keeps raising the intrigue.

Each storyline is illustrated by a different artist, with each story conveying a different aesthetic, it keeps everything fresh. Reading through the book, it felt like reading multiple comic books without overwhelming the reader. And without coincidence, each aesthetic supports the theme of each story.

Sagas of the Shield Maiden does not hold back when it comes to bloodshed. The battles in this comic book are vividly illustrated, the book goes all out. It is appropriate to the story and setting being told, and does not feel out of place. But it’s fair to say this comic book is “R-rated”, in a good way (could it even be a negative thing?)

It’s Not Just Swords and Shields

Throughout the comic book, the Shield Maiden continuously reminds us of how impervious she is. But the book does not only focus on the badass side of her, but also the emotional. We understand her motives, we get a glimpse of her love life, we see her as a human. Of all the traits I mentioned earlier, the most important one in my opinion is empathy. In a world of violence and brutality, we have a heroine that fights for the right reasons.

The Saga Will Continue

Even though we may learn the eventual fate of the Shield Maiden, the comic book ends on a promise of many victories yet to come. There is yet so much to learn about the character and her story. Luckily, Sagas of the Shield Maiden Book 2 is available on Kickstarter. Check out Asa Wheatley, get your hands on Book 1 and join the fan club, because this journey is only beginning.
What did you think of Sagas of the Shield Maiden? Sound off in the comments or send us your thoughts on Facebook or Twitter!