Home » Invincible, Preacher and the Boys: Hyper-Violent or Simply Realistic? 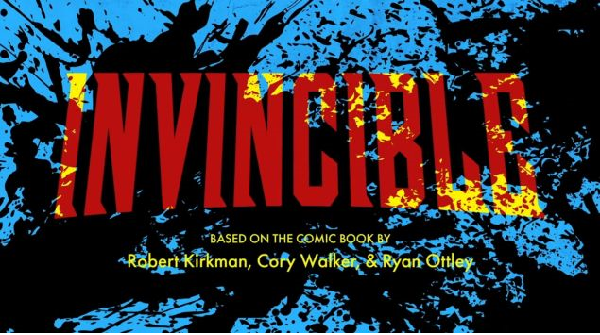 If you haven’t already watched Invincible, Preacher or The Boys, fair warning: there will be several spoilers ahead but think of this as a friendly reminder that these shows should be on your watch list. If you have, then you’ll know why we are here and why we have to discuss the over-the-top violence that is present from the beginning in all three of these shows.

I want to start with the first real jaw-dropping, heart-stopping moment in Invincible, also my favourite scene in the whole show, which comes in the first episode, “It’s About Time.” Viewers have been convinced from the start that Omni-Man (J.K. Simmons) is Earth’s protector, so when he attacks the Guardians of the Globe in the final moments it’s unbelievable. But only for a second. When we witness Red Rush (Michael Cudlitz) get his skull crushed in, it hits you. Omni-Man is about to take them all out and what unfolds is nothing short of a massacre. I think the reason this scene seems so shocking is because we are used to superheroes acting like a family and looking out for each other. The Guardians of the Globe are a family, and although we don’t see much of the relationship between them and Omni-Man in the first episode, the look of total betrayal and disbelief on their faces speaks for itself. The question viewers should be asking isn’t why did Omni-Man kill them, it’s why did he wait so long TO kill them? We are shown how powerful Omni-Man is compared to every other superhero, so why should we expect him to work with others when he has the ability to “protect” Earth alone? We shouldn’t, but because of other superhero adaptations, we do.

Cut to the first episode of The Boys, “The Name of the Game,” where we meet a happy Hughie (Jack Quaid), smiling and laughing with his girlfriend, Robin (Jess Salgueiro), as they walk the streets of New York. Young love, what could possibly go wrong, you might be thinking? Before you have a chance to finish that thought, Robin is obliterated, her blood and guts covering Hughie and the street as she literally explodes before our eyes after being bulldozed down by speedster superhero, A-Train (Jessie Usher). Not only is Hughie left holding his girlfriends severed hands as he tries to comprehend what has just happened, A-Train doesn’t seem to be too bothered about the life he has just abruptly ended. Honestly, The Boys is a wild ride in terms of how the superheroes act towards the public because, like mentioned with Invincible, we have been trained to view them in a certain way through other adaptations. The realisation that they don’t have our best interests at heart is one that we are continuously forced to face. We watch characters like The Homelander (Antony Starr) and Stormfront (Aya Cash) go out of their way to manipulate and sometimes harm civilians without any signs of remorse.

Moving on to Preacher, I think it is only fair to start with the introduction of Cassidy (Joe Gilgun) towards the end of the “Pilot,” under the guise of a flight attendant hosting a party aboard a private plane. While the beginning of this scene is comedic, viewers should be under no impression that this will become the norm for the show. It almost acts as a small breather for the audience as we have already had violent hints from the very first conversation we have with Jesse Custer (Dominic Cooper). After spending several minutes joking around with the passengers on the plane, Cassidy starts a rage-induced riot on board the plane and the rest of the scene is a plethora of blood and grunts as the fight plays out. This level of violence continues throughout the show and it is not only Cassidy who is partial to some over the top fighting. Jesse, Cassidy and Tulips (Ruth Negga) mission is to ultimately find God and bring him back to Heaven for the good of man-kind, and while most of the time they are striving to achieve this goal, they sometimes use questionable and perhaps immoral methods to get them where they need to be, including the repeated use of “Genesis”, Jesse’s new-found powers. Using “Genesis”, Jesse continues to go out of his way to manipulate situations and people until he gets what he wants, no matter what the consequences of that may be.

Invincible, Preacher and The Boys demonstrate realistically what living alongside people like Omni-man, Jesse Custer and A-Train would be like. We are led to believe from franchises like Marvel and DC that these superheroes would do anything to save us and would risk their lives to ensure they make the world a better place. But this is far from the truth. The ideal superheroes are an illusion, because in a world like ours, people are filled with hatred, they are corrupt and they only look out for number one, with few exceptions. People would be injured or most likely destroyed by ‘heroes’ like them because we are powerless, and nothing or no one could stand in their way as they fight and manipulate us for power, money and control.

What do you think? Do Invincible, Preacher and The Boys realistically depict what a world with superheroes would be like, or do you think the creators have been allowed to run rampant with the violence? Are we, as viewers, used to the PG/ PG-13 friendliness of Marvel and other adaptations? Sound off in the comments below or send us your thoughts on Twitter!