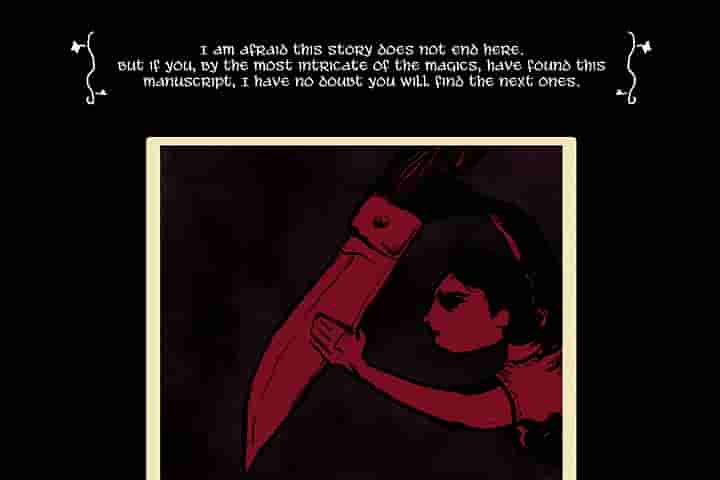 Tales from Afar is a new comic anthology series published by Gorila Sentado. Released in March of this year, the first issue has letters and edits by Tiago Rodrigues and Francisco Ferreira. As a concept, Tales from Afar is a very interesting one, so to speak. Unlike other anthologies, it doesn’t just collect one-shots. But more so individual worlds and stories that carry onto the next issue. It’s very similar to the culture of Japanese manga published in weekly magazines alongside other creators.

The best part about this particular anthology is how the writers and artists come from different parts of the world. This not only speaks to the diversity of the behind-the-scenes effort, but also the stories themselves. Furthermore, between each section, there lies artistic advertisements. These are for the other works of those involved in the anthology’s making. It’s a nice little touch as a marketing strategy. These also provide readers looking forward to the continuation of the stories they read with a treat; while they’re waiting for the next issue, they have options they can occupy themselves with.

‘Hypnotopia Part One: What Dreams May Come’ by Ricardo Baptista opens the anthology. Almost right away, there’s a sense of relatability there; a man on a bus using transport and everyday commute as a means of escaping reality. It’s an experience many of us ordinary people probably share. Dark pastel, grayed and dulled blue dominate the color palette to signify mundanity of a routine. On the other hand, the dreamscape world is full of overpowering pink and bright purples. Still, that same old hue of blue remains on his jacket and on certain objects and shadows. This mutes insignificant details, maintaining some sort of connection between the two worlds. An intriguing start with plenty of foundation to work with. Seeds of mysteries and conflict have been spread; enough to pique curiosities but not too much it frustrates the readers. It ends with a well-placed cliffhanger.

Ramón Perales Cano has no qualms following-up with ‘Grotesque Jarcha for La Mancha’. The art is absolutely beautiful in this. Colors indicate the varying forms of lighting in each specific scene. The setting sun, the glow of several lit-up candles, and the embodying darkness of night; one can tell which scene uses which lighting based on the colors present. The art style floats between detailed and simple; shading adds texture against simplistic shapes and outlines of features and bodies. Interesting choice of wording in the narration. That, coupled with the font, makes it hard to digest. Although, I really do like this accidentally found manuscript format that tells an old, supposed-to-be forgotten tale, with bits and pieces waiting to be found. Overall, the plot provides quite a striking contrast to the quiet the art presents. It’s by far my favorite story from this collection.

Third in line comes ‘Polydipsia Part One’ by Daniel Da Silva Lopes; psychedelic and hysteric. The freckles on the protagonist’s face, the flowing strands of hair, and the dilated horror in her eyes; just from these visual cues, you can already tell there’s something sinister going on. The sudden transition from all the vibrant colors to black and white, like snapping out of a dream; it’s absolutely fantastic! And I like how, even in these scenes of monochrome, the ghost still has a little bit of faded color. As if to signify it as an extension of the dream world. The text is poetic, accompanying the art in all its aesthetically pleasing glory. Both writing and art let the other speak for itself. All the musings, uncertainties and wonderings – all that self-discovery can easily be read from both, individually. Having them together is just a bonus.

‘My First Sunset’ by Perplexed Sea is all smokey water colors and pastel silk. This clashes with the vibrant sharp edges of geometric line drawings in primary and secondary colors. The character drawn stands out in the epoch of these two contradicting styles. Soft features and hard lines; pale and blended skin color against the harsh dark shadows of her eyes, nails, clothing and accessories. Lettering is particularly prominent in this piece; heavy use of onomatopoeia creates tension and impact. Some animal imagery warrants deep thoughts. While an evocative piece all on its own, it is my least favorite of the bunch.

Finally, ‘Cloven Hearth’ by Dean Kerrigan closes this issue with desaturated, paper pastels dominated by cool blue tones. It’s an interesting choice to not frame each panel. Instead, an invisible line guides where one panel ends and the other begins. This works with how well the colors blend with each other from scene to scene. Sunsets and galaxies come together to exhibit a dulled display of scenery. ‘Cloven Hearth’ thrills with such wonderful art but also provides an interesting story concept. Unfortunately, it remains unexplored. That said, I’m looking forward to the next issue; I can’t wait to see what becomes of this particular story above all. Perhaps, this is just a taster for what is really to come. The intricate details in the art and the mystery surrounding the ‘Cloven Hearth’ is enough to satiate my curiosity. For now. But not for long.

There’s synergy in all the five stories offered by this issue; particularly in the color and thematics of each individual comic. You can see it in the fluctuating pastel and neon hues and transitions in between each section. It’s in the topics covered; of life, reality and dreams, moral compasses and fantasy. The title Tales from Afar itself exudes a kind of mystique that carries on throughout each turn of the page; into each new story read in this collection. And I personally can’t wait for the upcoming Issue No. 2 of this anthology.

Excited for the release of Tales from Afar: Issue No. 2 on August 25? To find more information on the upcoming release, make sure to check out Gorila Sentado. If you haven’t read Issue No. 1 and would love to take part in this incredible experience, you can purchase it over at Ko-Fi. When you’re done, don’t forget to tweet us on Twitter and leave a comment down below!