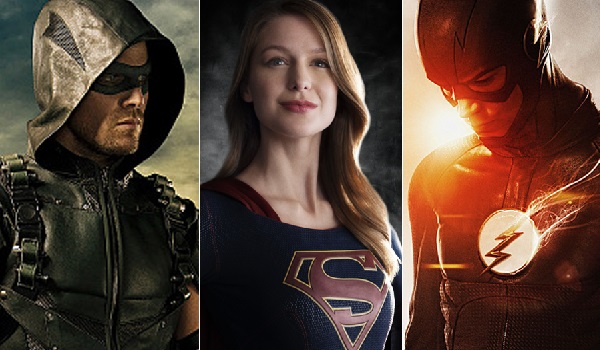 One of the staples of the entire Arrowverse is the heart-breaking moments that have been scattered throughout all of the shows. This has even been established since Arrow began with its first season, and since then, all of the other shows have followed suit. We have watched as some of our favourite characters have been shockingly been murdered, or sacrificed themselves for the greater good, while there have also been other moments where the consequences of characters actions lead to complete and utter heart-break, not only for the audience, but for the characters within the shows as well. So now, after 9 years, with the Arrowverse continuing to grow, adding more shows each year, even though Arrow has ended, we are going to explore the top 10 most heart-breaking Arrowverse moments. Of course, we are giving you a big spoiler alert from here on out! You have been warned!

10. The Death of Tommy Merlyn 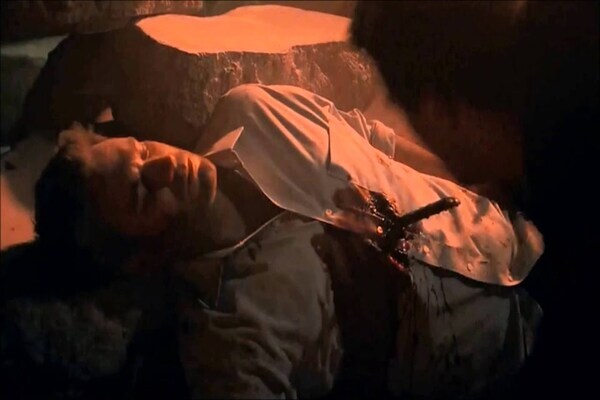 Tommy Merlyn’s death really set the tone for the entire Arrowverse at the end of Arrow season 1, by showing us the show was not afraid to kill off one of its fan favourite characters. In this scene, Tommy has just saved Laurel Lance from a collapsing building, while admitting his love for her. But while he is able to get Laurel out, he is unable to escape himself. Oliver Queen soon arrives to find his best friend trapped in the building, with a metal bar through his torso, mortally wounded. However, what makes this moment so heart-breaking isn’t the tears from Oliver, but that in Tommy’s last moments all he cares about is that Laurel is safe, and that Oliver didn’t kill his father. Oliver reassures Tommy, before his best friend then drifts off, leaving Oliver devastated and broken.

Many of you may be surprised with how low down this moment is on this list, and admittedly if I was making this list a few years ago, this moment would have cracked the top 5. However, this list is being made with the wider context of the Arrowverse in mind, where in a post-Crisis On Infinite Earths world, Tommy Merlyn is once more alive, making his death less heart-breaking than it once was. 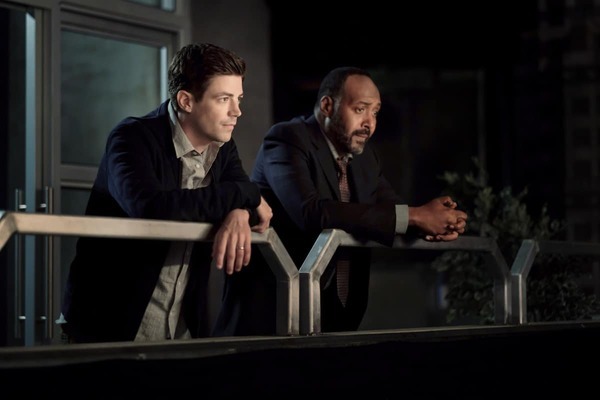 Throughout the run of The Flash, one of the best parts of the show is the relationship between Barry Allen and his foster father Joe West. In this particular scene we see this truly heart-breaking moment, where Joe breaks down in front of Barry, telling him he is not ready to see Barry die, which has been foretold to happen during Crisis, just like any father would. The scene is beautifully acted, from both Jesse L. Martin and Grant Gustin, making this tragic scene more heart felt.

8. The Death of Martin Stein 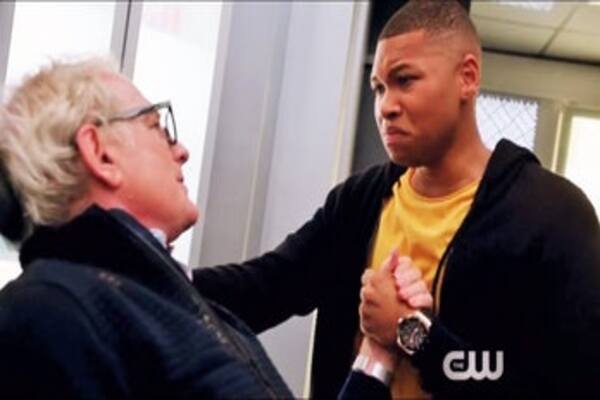 Ever since Victor Garber’s Martin Stein debuted in Season 1 of The Flash, he was a fan favourite, so much so that the character then went on to spend two and a half seasons staring in Legends of Tomorrow. However, to the shock of many, the character met his fateful end in the middle of the “Crisis on Earth X” crossover, where he was gravely wounded, as a result of being shot by Nazis.

In Martin Stein’s death scene, the moment is so heart-breaking because Stein realises that the only reason he is still alive is due to his Firestorm connection with Jefferson “Jax” Jackson, which is slowing kill Jax also. Stein eventually convinces Jax to take the cure, which will end the Firestorm connect between them both, and save Jax’s life. Jax of course doesn’t want to, admitting that Stein is like a father to him, but Stein then counters that Jax is like a son to him, and he can’t stand by and watch his son die. Jax then reluctantly takes the cure, and Stein’s last words are to tell Jax to tell his family that he loves them. 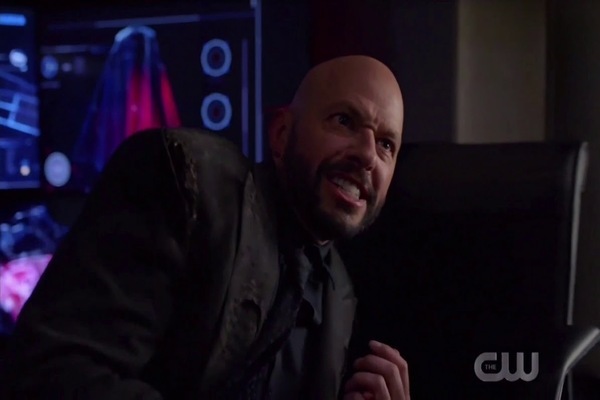 One of two heart-breaking Supergirl moments on this list, is the moment that Lena Luthor finds out in the season 4 finale of Supergirl, that her best friend, Kara Danvers, is Supergirl. This is an utterly heart-breaking moment for a few reasons. First, it is devastating to watch as the relationship between Kara and Lena has been one of the best and most interesting aspects of the show, with many fans even shipping the duo, naming them “Supercorp”. So, when Lena finds out that her best friend of 3 years has been keeping her secret identity from her, even while having differing relationships with her as both Kara and Supergirl, it leaves Lena destroyed and heart-broken. Lena just feels that her best friend in the world doesn’t trust her, and sees her as a Luthor, like her evil brother, and has been manipulating her for all these years.

However, this scene is also heart-breaking because of how it unfolds, as Lena does not find out this information from Kara, like she should have. Lena finds out from her dying half-brother Lex Luthor. This occurs as in this scene Lena has just shot Lex twice in the chest, surprising him, saying she is doing it because the world won’t be safe with him in it. Lex however, even as he is dying, is able to hurt his sister one final time, by revealing footage on monitors behind him, showing that Kara Danvers is Supergirl. After this, in Lex’s dying breaths, he tells Lena she is a “fool”, and now she is left with “nothing and no one”. Lena then just breaks down crying as her brother dies, but not for his death, for this devastating news.

6. The Multiverse of Wells’ Death 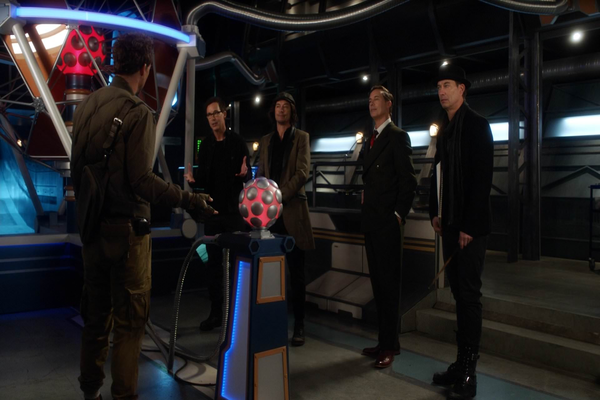 One of Arrowverse’s fans consistently top mentioned saddest moments in the universe’s history, is the death of H.R. Wells in season 3 of The Flash. Therefore, many of you may be surprised, and perhaps outraged, of the admittance of HR’s death from this list. But once more, HR’s death falls off from this list due to Crisis on Infinite Earths. Unlike Tommy Merlyn in a post-crisis world, HR Wells is not alive on the new Earth-prime, instead he inhabits the body of Nash Wells, along with all the other Wells’ from the multiverse.

In this particular scene at the end of the premier of Season 7 of The Flash, Nash Wells, and all the multiverse of Wells living in his body, sacrifice themselves to give Barry Allen back his speed by creating an artificial speed force. This moment is made even more tear-jerking, by Tom Cavanaugh giving a brilliant performance, where as he begins to sacrifice himself, he goes through all his beloved Wells characters, from Nash Wells, to H.R. Wells, to Sherloque Wells and then finally, to Harry Wells. Then in one last moment with Barry, Harry Wells for one final time gives his famous line telling Barry to “Run Barry, run”.

So there we have it, the first half of my top 10 saddest Arrowverse moments list. What do you guys think so far? And which moments do you think will be in the top 5? Let us know in the comments or via our Twitter!