Home » A Look Back On The Best There Is In “Wolverine: Creating Marvel’s Legendary Mutant” 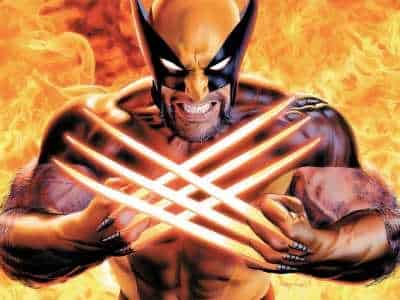 It’s not common that a character’s in-universe backstory is as complex – or as large and messy – as that of their publication history. But that’s definitely the case for the Wolverine, also known as James ‘Logan’ Howlett. Wolverine: Creating Marvel’s Legendary Mutant is an encyclopedic look into the character’s history. It documents his changing place in the Marvel comic universe and – more importantly – in pop culture.

Writer Mike Avila reveals the arc of a hero’s journey. It’s one which Wolverine has undertaken for almost seven decades of stories. He first started as an antagonist in The Incredible Hulk. Since then, he has paved his way into becoming one of Marvel’s greatest. Avila chronicles how that entire journey takes us back and forth through time and around the world. Back to his history in Japan, his mysterious origins before, all the way through the modern runs of Wolverine that have come out in recent years.

Mike Avila displays thorough research and insightful understanding for each era he uncovers. Some other historians may favour the Golden or Silver ages; they may eschew focus away from later comics. But it’s refreshing to read Avila’s retrospectives on each revered run. He respects the whole history of the character, including the interpretations of the many creators involved. Examples include Wolverine as a hero, as a berserker, an X-Man, a Ronin, and an Avenger. Even the most tenured fan of X-Men comics will have something new to learn about the beloved character.

While the Marvel Cinematic Universe has done a great job at refocusing on Captain America, Thor and Iron Man, Wolverine will always be one of Marvel’s flagship heroes. It’s easy to forget that before 2008, Spider-Man, Hulk and Wolverine were inarguably the company’s most iconic characters. Wolverine: Creating Marvel’s Legendary Mutant just reminds me of the place Wolverine once held on my bookshelf growing up.

Whether you’re a new fan looking for classic runs, or an old fan looking to make sense of the new, this might just be the one for you. The book works brilliantly as an extensive bibliography to read. My biggest compliment for this amazing piece of work is that after finishing it, I now have a list of comics ready to plough through. And to be honest, you’ll probably leave this book with recommendations of your own as well!

Forget the love you once had for this iconic legend? Want to reignite it with a comprehensive reading list? Check out Wolverine: Creating Marvel’s Legendary Mutant on Amazon, out on September 9! Let us know what new thing you’ve learned about the Logan in the comments or on Twitter!