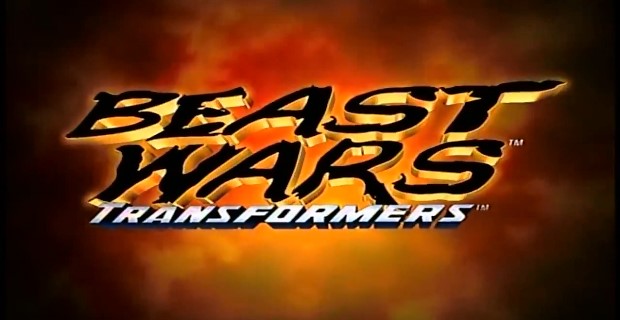 Turning twenty-five, Transformers: Beast Wars has forged quite the legacy, primarily through the nicely aged animated series that aired in the 1990s. The series swapped out the Autobots and Decepticons for their descendants, the Maximals and Predacons, as well as giving the characters “beast modes” in favour of the traditional cars and aircraft. A fusion of then-revolutionary CG animation, brilliant writing and characterisation, Beast Wars resurrected Hasbro’s signature brand, and is highly regarded as a turning point for Transformers.

In the early 1990s, Transformers faced extinction. The second generation of toys weren’t as successful as their classic 1980s predecessors. With sales lagging in America, Hasbro handed the reigns over to the newly-acquired Kenner. A new toyline was suggested using new characters that could transform into animal. At first, Beast Wars was to feature Generation One (“G1”) characters like Optimus Prime and Megatron. Instead, the characters were reinvented to be descendants of the Autobots and Decepticons.

Not everyone took to these new toys well; critical, enraged fans took to early internet forums to lay waste to the changes. These comments can best be summed up with the immortal quote of “trukk not munky”, a term used nowadays whenever fans dislike something new and different. Some things never change.

Much like the 1980s toyline, Beast Wars would feature an animated series to promote its toys. Enter show writers Larry DiTillio and Bob Forward, both veterans of children’s television. The duo had little knowledge of Transformers, so they started making the series uncertain of its direction. It wasn’t until later on did they decide to make the series a direct sequel to the 1980s cartoon. They formed a close friendship with fans online, recruiting several to work on the series.

At the time, Beast Wars was the second animated series to be fully in CGI. Mainframe Entertainment were the creators behind ReBoot, using the same software and techniques to bring Beast Wars to life. Though the animation has aged, it still remains crisp and lively. Of course, the production wasn’t cheap, supposedly costing $18 million. As such, the cast had to be kept small, though offering plenty of opportunity for the characters to be fleshed out.

Set hundreds of years after the end of the Great War, the Autobots and Decepticons have been succeeded by the Maximals and Predacons. Megatron (David Kaye), a charismatic megalomaniac, steals the coveted Golden Disk and flees into space with a band of Predacons. They are pursued by the Maximal crew of the Axalon, led by the inexperienced stalwart Optimus Primal (Garry Chalk). Using transwarp technology, the two factions travel through space-time, crashlanding on prehistoric Earth, where they adopt beast modes.

By far the most compelling character was Dinobot (McNeil), a former Predacon-turned-Maximal, bound by a strict code of honour. Yet, he undergoes a moral crisis upon realising Megatron’s plans for glory may come to pass; questioning whether or not he should return to the Predacons or remain a Maximal. He would ultimately sacrifice his life to protect the first protohumans from Megatron, in the moving episode “Code of Hero”.

Beast Wars explored the biology of Transformers. First, they are born in liquid metals bodies called “protoforms”, remaining in stasis pods until they scan an alternate mode. Their soul is called the Spark, described in a spiritual nature by Rhinox as a Transformers’ essence, born from the mystical Matrix (not that one!) and will return there when it dies. New characters were introduced sporadically as newborn Transformers. These included the pacifistic couple Tigatron (Blu Mankuma) and Airazor (Pauline Newstone); femme fatale Blackarachnia (Venus Terzo), who is eventually wooed to the Maximals by the knightly Silverbolt (McNeil); Inferno (Jim Byrne), an insane pyromaniac who thinks he is an ant due to faulty programming; and the trigger happy Quickstrike (Colin Murdock).

Another great aspect of the story was the grey area between the Maximals and Predacons. Rather than being straight up good and evil, the factions are more flawed. The Predacons, being descendants of the Decepticons, are treated as second class citizens on Cybertron; leading to Megatron’s rise as a self-proclaimed revolutionary.

Meanwhile, the Maximal elders experimented on fellow Transformers to create immortal sparks. Instead, they created Rampage (Campbell Lane), a deranged madman and cannibal, who the Maximals try to dispose of – revealed to be the task of Optimus Primal’s crew. Rampage would later be pursued by his old enemy Depth Charge (David Sobolov), a rogue Maximal who wants revenge after Rampage levelled his home. To control Rampage, Megatron carves out part of his immortal spark (which is vulnerable to raw Energon; the Transformers’ energy fuel).

The true purpose of the Golden Disk’s theft become clear in “The Agenda”, the second season’s finale. Megatron is taken prisoner by Predacon agent and G1 veteran Ravage, only to reveal the disk contained a recording from the original Megatron. Old buckethead left instructions to travel back in time to Earth and assassinate the slumbering Optimus Prime in order to change the future. The G1 cast are located onboard the Ark. The season finale culminates in Megatron blowing up Prime’s head, causing time to distort. But, Optimus Prime is saved in the third season opener by Optimus Primal who temporarily houses his spark.

Megatron would harvest his own predecessor’s spark to gain a dragon beast mode, and then plots to use the Decepticon warship Nemesis to destroy the Ark. But the day is saved by Primal and Dinobot II; a clone created by Megatron using a piece of Rampage’s spark. Following Rampage’s death at the hands of Depth Charge, Dinobot regains memories of his past life. Dinobot orchestrates his master’s defeat, guiding Rhinox to a smaller spacecraft on the Ark to ram Megatron right out of the Nemesis. The series ends with the surviving Maximals flying off back to the future, with Megatron strapped to the ship’s roof.

Beast Wars would gain several spin-offs, particularly Japanese exclusive anime like Beast Wars II and Neo. A direct sequel, Beast Machines, was released in 2000, though its reputation is something to be desired. The success of Beast Wars revived the franchise’s popularity, and is still felt to this day. The next live action film, Transformers: Rise of the Beasts, shall feature several Beast Wars characters; and the cast has appeared in the final season of the War For Cybertron trilogy on Netflix.

What are your views on Beast Wars? Who is your favourite character, or fondest memories of the show? Leave a comment on our Twitter feed.