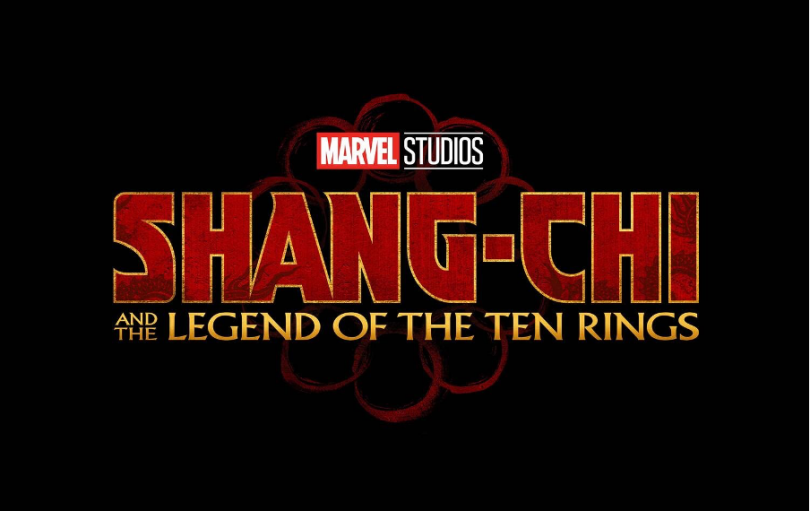 There’s a lot to take in after watching this film. Desin Daniel Cretton brings one of the most unique superhero origin stories to theaters in Shang-Chi and the Legend of the Ten Rings. And there is a ton to love about this film. When it comes to character backstories, raw emotional moments, as well as cinematography, Cretton’s vision is the cream of the crop for the MCU. There are some flaws, but Shang-Chi and the Legend of the Ten Rings is certainly sitting comfortably in the universe’s upper tier. Ultimately, setting the stage for a superhero that’ll be one of the faces of the revamped Avengers in Phase 4.

Shang-Chi and the Legend of the Ten Rings tells the story of the title character’s journey back home to the most dangerous family in the world. Having run away from home, Shang-Chi is a trained assassin attempting to hide his past in San Francisco. But the scars eventually emerge, resulting in one of the best family dynamics I’ve ever seen in a superhero movie. The film stars Simu Liu, Awkwafina, and Tony Leung and, my goodness, the acting performances are terrific. 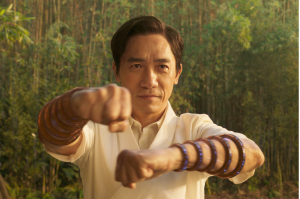 Especially Tony Leung. Wenwu, the Mandarin, is one of the best written villains of the superhero genre. Aside from one element that was outside of Leung’s control, he was a phenomenal character. Everyone else in the movie could have been terrible, and the film still would’ve been watchable because of Leung. And, fortunately, the Mandarin isn’t the only character that is successfully fleshed out.

Simu Liu is a very good lead as the title character and his chemistry with Awkwafina carry a lot of this film. Awkwafina plays Shang-Chi’s longtime friend from San Francisco, Katy. Both she and Shang-Chi are mid-20 year olds working as chauffeurs, but lacking any clear ambition in life. Searching for a path, the two characters are all of sudden thrust into this new, vicious world of the Mandarin. Together they learn to embrace one of the film’s most powerful quotes, “if you aim at nothing, you hit nothing.”

As Shang-Chi reunites with old and new family members, he begins to understand that he can no longer escape his father; the Mandarin. Instead has to stop him from destroying the world; because Wenwu is now more driven than ever not by greed but by desperation and grief. The film ultimately depicts the consequences of dwelling on the past and how this can lead to both time and opportunity passing by. Wenwu’s grief leads to driving both his children from home as well as unnecessary loss of life; Shang-Chi’s past encourages him to escape his destiny and live in complacency.

Anyways, in addition to the character development throughout the film, the cinematography for Shang-Chi and the Legend of the Ten Rings is beautiful. Which comes as no surprise with Bill Pope at the helm, one of the most decorated, active cinematographers in the world. The portrayal of the various settings bring out both the beauty and simplicity of the film’s natural environments. Bringing with it a number of visual cues. And even establishing a forest or a hidden village as compelling components of the plot. 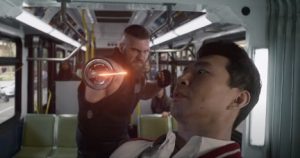 The last positive thing that I’ll say about Shang-Chi and the Legend of the Ten Rings is that the fight scenes, for the most part, are very well done. Especially when they are mostly kept to hand-to-hand combat, they are phenomenal. Which now brings me to the film’s downsides. While the fight scenes are great, the creative spark for the fight scenes with the ten rings is lacking. The ten rings (like infinity stones) each have unique, separate powers. Which is something you wouldn’t be able to tell watching this film. And there’s no excuse for someone like the Mandarin to not use his full powers with what is at stake. Add that to the the fact that he has possessed these rings for over a thousand years.

In addition, while the comedy in this film is effective, there’s a bit too much. I understand this film is following the Marvel formula. But there’s one specific character in this film, played by a legendary actor, who really isn’t central to the plot and just serves as a comedic figure. Yet, Awkwafina and her chemistry with Simu Liu are enough to suffice on this end. Also the addition of this other character is a bit overbearing and detracts from the storyline’s emotional impact. Lastly, the new villain and big CGI fight scenes at the end are unnecessary. Similar to Black Panther with the waterfall scenes, Shang-Chi and the Legend of the Ten Rings is at its best when it’s at its simplest.

So what did you think about Shang-Chi and the Legend of the Ten Rings?
Sound off in the comments or send us your thoughts on Facebook or Twitter!