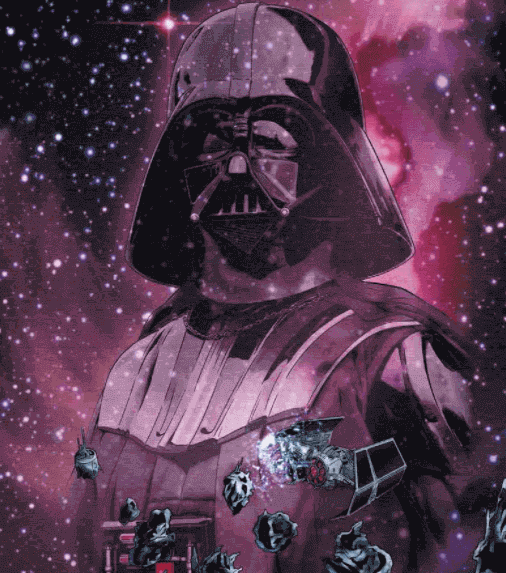 Even outside of the fanbase, most people know iconic characters like Darth Vader and Han Solo. However, these stories delve deeper into the background of each and every one of them, along with some lesser-known figures. For example, ‘Vader Adrift’ focuses on Vader’s encounter with an old friend from his past. Vader is a complex character whom fans love to hate. Yet, they can simultaneously feel sorry for his regretful fall to the dark side of the Force. The reunion adds to the nostalgia of his past as Anakin Skywalker.

Several of the Legends era stories include the evolution of infamous villains like Tenebrous and Vestria Khai. People are not born killers; it’s interesting to focus on the villain’s motivations as they become more and more twisted. ‘The Tenebrous Way’ is particularly memorable. This narration details Tenebrous’s last conscious moments as he lays dying, recounting his failed scheme. The repetition in the narrative emphasizes the villain’s horrifying end.

In the second half of the collection, the stories focus more on the current continuity. It’s interesting how these stories reiterate and reference events from the Skywalker Saga. However, they are from the perspective of supporting characters. For example, Gina Moonsong is a Blade Squadron pilot in the Battle of Endor; she narrates her experience. Despite the familiarity with these events, it’s easy to become invested in Moonsong’s story and root for her. She is an exciting and dynamic character that draws in the reader with her brazen personality.

Art pieces complement each story wonderfully, with illustrations framing the narration around the portrayed characters. The title pages set the tone with their unique designs and varying hues of color in the background. For example, ‘The Tenebrous Way’ has a red color in the introduction. This makes it clear that the story is ominous. In some cases, the isolated images are in the center, and the text wraps around them. The most impactful aspect of the art, however, is its hyper-realism. The images of the spaceships and the battle scenes are captivating since they could almost be mistaken for photographs.

If you’re craving stories from a galaxy far, far away then pick up a copy! Star Wars Fiction Collection Vol. 1 is available to purchase at Titans Comics/Magazines. Let us know what you think in the comments or send us your thoughts on Facebook or Twitter!