Home » The Suicide Squad: Bigger And Better Than Before 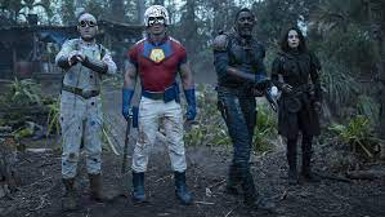 DC’s The Suicide Squad, directed by the man behind Guardians of the Galaxy, James Gunn, is now out on HBO Max and theaters. It’s a little different from the original Suicide Squad movie, which did well at the box office but flopped with the critics. This time, we’re going to take a look at how The Suicide Squad matches up with the comics that it takes inspiration from and how it compares with Suicide Squad.

The cast is larger and crazier than ever, though some of the originals are back. This includes Margot Robbie as Harley Quinn, Jai Courtney as Captain Boomerang, Joel Kinnaman as Rick Flag, and Viola Davis as Amanda Waller. The new cast includes both familiar characters from the Suicide Squad comics, as well as some entirely new characters, such as Ratcatcher 2 and TDK.

The new movie is much darker than the original, which copied the more lighthearted Marvel movie Guardians of the Galaxy more closely. While Suicide Squad had a hard time when it came to the underlying emotions of the movie and stumbled when trying to write convincing characters forming bonds with each other, The Suicide Squad has a strong emotional core. It’s also not afraid to challenge its viewers with its thematic implications, which are both tougher to digest and more meaningful than anything the original movie attempted. This reflects the comics tremendously. In the comics, the Squad is both humanized and forced to grapple with conflicts, some of them large-scale.

The squad of classic Suicide Squad comics had to deal with internal issues among the members, as well as external enemies, both supervillains and political ones. The new movie is similar, with the main conflict resulting from American interventionism in Latin America. While critiquing this, The Suicide Squad also maintains heart throughout the movie. The characters truly feel as though they’re learning from one another, and growing both as a team and as people. At the same time the movie doesn’t shy away from killing off team members. A confrontation in the beginning leaves half of the Squad dead before the viewer even has a chance to see them interact with each other. This gruesome scene is played for laughs, echoing the dark and strange humor of the comics.

The characters also live up to their reputations as villains and antiheroes, and throughout the movie there’s a sense that the viewer doesn’t know for sure who will be loyal to the Squad and who is playing their own game. This comes from the comics, where characters such as Boomerang fought for themselves rather than the team. It adds an element of suspense to the story, leaving the viewer to wonder when and how characters will clash with each other. Everyone on the Squad has their own personality and sense of purpose, which the new movie utilizes well.

One of the core themes of the movie is teamwork, no matter how discordant a group of people may seem at first. In The Suicide Squad, characters learn to trust each other, and they also learn the value of friendship. Even people who seem ill-suited to working together can find strength in numbers. The stakes are higher in this movie than in the original, and everyone plays a compelling role. They don’t all walk away from the ending, though the later deaths carry much more weight than the ones at the beginning. In their own way, all of them become superheroes.

Who do you think will survive? Sound off in the comments or send us your thoughts on Facebook or Twitter!