Home » Sadako Yamamura and the Creepy Origins of Ring 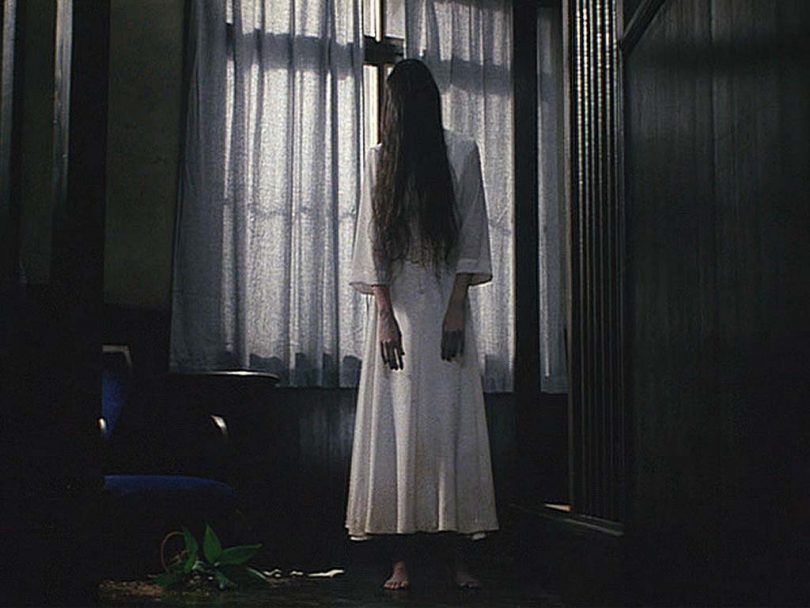 My enjoyment of horror films came from my strange relationship with the Ring franchise. It orbited around my radar for years, until I was shown the opening scene of the American remake in college. Almost like those foolish enough to watch the infamous cursed videotape, I chose to watch The Ring and loved it. Thus began my lifelong obsession with, and appreciation of, the Japanese horror series.

Ring, the creation of Koji Suzuki, began as a collection of horror novels released in the 1990s. It was not until the release of the 1998 film directed by Hideo Nakata that the franchise really took off. The novels, films, and TV serials revolved around a cursed videotape that would kill its viewers a week later; haunted by the ghost of Sadako Yamamura, a young woman thrown down a well and left to die. The only way to escape death is to copy the tape and show it to someone else; an urban legend as plague.

This Halloween, we’ll be exploring the spooky origins behind Sadako’s plight, both historical and mythical. Sadako’s backstory varies depending on the source, but her fate is always the same. Even the curse itself is different. Though most adaptations turn it into a supernatural curse, the novels took a different approach. The novels’ curse begins as a mutated smallpox strand, which is ultimately intended to orchestrate Sadako’s resurrection, and cause other biological alterations including cloning of the recently deceased.

Sadako’s ghostly appearance draws from traditional Japanese art, literature, and folklore. She is depicted as a young woman, dressed in white, with long, flowing hair that obscures her face, and she walks in an eerie, marionette-like manner. This draws from Japan’s rich history of ghostly tales. Her characteristics match those of yūrei, Japanese ghosts. More specifically, she is an onryō, a vengeance ghost who returns from purgatory to torment those who did them wrong in life. Onryō are commonly featured in kabuki, which have specific makeup and costumes to represent the ghosts. The colour white is associated with both death and the purity of a person’s soul. The image of the onryō has been used many times in Asian film, most notably in the likes of Ju-On: The Grudge.

The character, though an antagonist, is repeatedly shown to be sympathetic. Sadako is an amalgamation of two famous ghosts in literature: Oiwa from Yotsuya Kaiden, and Okiku from Banchō Sarayashiki. Oiwa transforms into a ghost after death, enraged at her abusive husband Tamiya Iemon. She was disfigured by poison, her left eye malformed. This is referenced in Ring, with only Sadako’s eye seen behind her hair when she kills her victims. Okiku, spurring the advances of a lustful samurai, is tossed down a well, only to rise again as a ghost to torment him. Sound familiar? Wells have been recurring elements in Japanese film, such as in Onibaba (1964) and One Missed Call 2 (2005). Sadako has an affinity for water, which is widely considered to be a passageway to the afterlife.

Sadako’s psychic powers are clearly abundant and without limit. Her primary ability is thoughtography (or nensha), a power to “burn” mental imagery onto physical surfaces, like celluloid. Samara Morgan, Sadako’s American counterpart, lacks control over her powers and can only aim them. Such psychic abilities were historically studied, in events that partially inspired characters within Koji Suzuki’s novels.

In 1910, Tomokichi Fukurai, a professor at Tokyo University, studied the potential of extrasensory abilities. He invited self-proclaimed clairvoyant Chizuko Mifune to demonstrate her talents at a public display. Chizuko’s methods were questioned and mocked by the press, leading to her suicide at the age of 24. Fukurai would later perform the same tests on another psychic named Sadako Takahashi, with similar results.

In Ring, both Sadako and her mother Shizuko were both powerful psychics who predicted the eruption of Mount Mihara on Izu Ōshima. Sadako’s father, Heihachiro Ikuma, was depicted as a Tokyo University professor like Fukurai. Humiliated by the press, Shizuko commits suicide by throwing herself into Mount Mihara on the day of its predicted eruption.

The impact of Ring is felt to this day. The success of the 1998 film created a surge of Asian films, including Ju-On: The Grudge, Dark Water, Kairo (or Spiral), and One Missed Call. There was a growing interest in Japanese horror, such as in Audition by Takashi Miike. Eventually, The Ring was released in 2002, leading to a number of remakes of Asian horror films. As of 2021, there have been six novels, nine Japanese films (including a crossover with Ju-On), a Korean remake, an American remake with three other installments, a TV movie, two television series, and some very dodgy video games.

In a way, much like Sadako’s curse, Ring has found new ways to evolve and spread, and will find new audiences to terrorise and entrance. Just remember to copy and show it to someone else!

Are you a fan of Ring or Asian horror? Which are your favourite films? Leave a comment below, or on our Twitter feed.