Home » “Malignant” is James Wan’s Most Unique Film since “Saw” 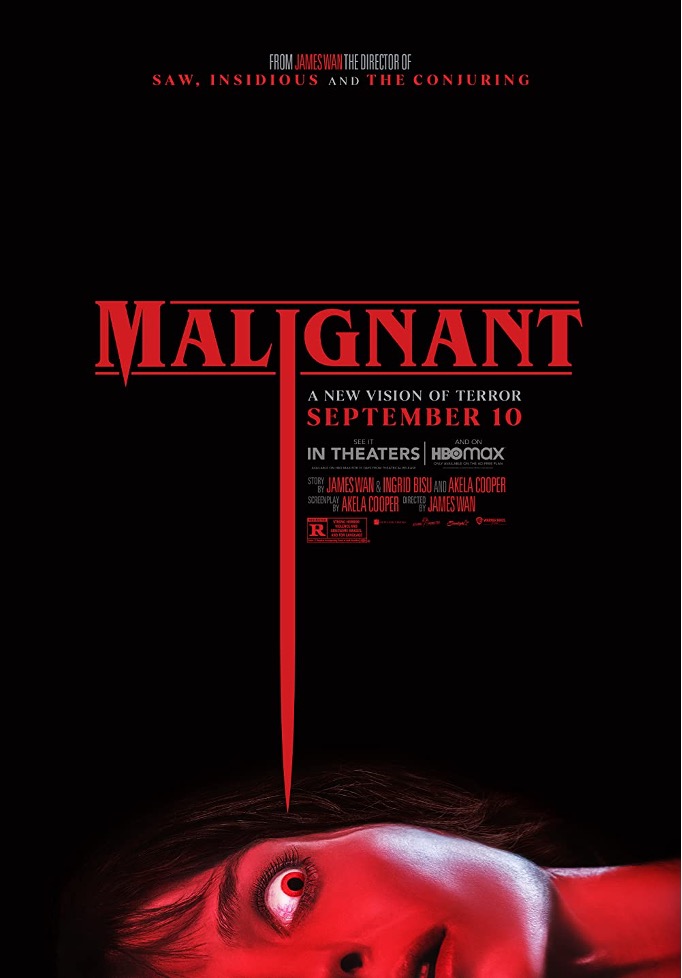 James Wan has been, for the most part, the face of modern-day horror, sparking multiple franchises with Saw, Insidious, and The Conjuring. This year, he brings perhaps his most inventive and flat-out chaotic horror movie in the supernatural thriller Malignant. It’s very hard to describe this film without giving away the twist. But this is another solid Wan addition, where in classic Wan fashion, Malignant brings a lot of good and not much bad and nothing ugly, making it an overall very enjoyable film. Especially as the director adds in a few elements of some of the greatest horror films ever.

Wan immediately strikes a nerve at the beginning of the film, introducing us to the main character Madison. Madison begins her narrative suffering one of the most devastating tragedies imaginable, a miscarriage. The thematic significance of pregnancy and bodily autonomy harkens back to one of horror’s most iconic films. I’ve seen a lot of disgusting, gory films but no film really makes my stomach turn like Rosemary’s Baby. A clear indication of how less is more in the horror genre. Unless you’re John Carpenter’s The Thing, there’s always exceptions.

Anyway, after this tragedy, Madison begins to have third-hand visions of a string of brutal murders. Once she realizes these murders are really happening, Madison’s dark past slowly unravels, leading to a shocking unveil of who or what is responsible for these deaths. And when the killer will strike next. Much of the film’s terror is shown through the eyes of Madison, portrayed by English actress Annabelle Willis. She does a very admirable job bringing to life both the fear but also helplessness of this character having all of these terrifying visions. 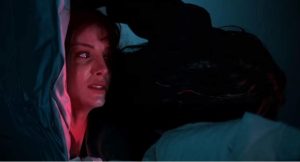 While there are definitely comparisons between this plot and Japanese horror film The Eye, Willis’ performance draws a lot of similarities with that of Tim Robbins‘ from Jacob’s Ladder. Ultimately, the film builds towards a climactic twist which pumps it into full gear. After that, we get a very chaotic ending as both Madison and her loved one are hunted down by this force of nature. All this happens as a haunting and slightly campy version of The Pixies “Where is My Mind?” plays in the background.

Wan’s direction throughout the film is, as always, very high quality. However the build and sound design throughout the movie doesn’t quite pinpoint the impending sense of dread that should be there with a plot like this. Give Malignant a Sinister-like sound design and you’ve got a potential, modern-day classic. In addition, the films shows a lot, in regards to the kills and gore. Almost to the extent where I thought I was watching a slasher sequel for one second. Lastly, the final 20 minutes of the film are definitely polarizing. Some will love it but some will consider it over the top and ridiculous. 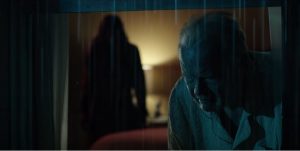 But it’s hard to not help but appreciate how Wan pushes further in this movie. Saw was one of the most unique slasher films when it came out in 2004. And Malignant almost reaches that level in terms of creativity. In addition, the undertones of bodily autonomy and childhood trauma established in Malignant makes it one of the more thematically complex slasher films. In the film’s cover, and throughout the movie, Wan also implements a reddish hue for background lighting. It’s eerily reminiscent of the hue utilized throughout the visionary masterpiece, Dario Argento‘s Suspiria. Which also happens to be one of the my favorite movies ever. Another way to get on my good side.

Nevertheless, there is an abundance of average CGI, not too impressive jump-scares, and, once again, only a decent atmosphere overall. In addition, aside from Madison and the killer, the surrounding characters are fine but don’t really stand out. Still, there’s enough good to outweigh the bad, and you can’t help but appreciate Wan’s creative extremes. This is a director that owes his audience nothing and could’ve played it safe and still make a lot of money just by putting his name next to a horror film. Seeing Wan’s endless enthusiasm and creativity for the genre, along with paying homage to the past, shows why we are in good hands going forward in the world of horror. Plus he made me think of Suspiria, so bonus points for that! So if you haven’t already done so, check out Malignant. It’s definitely a film you won’t forget.

What did you think about Malignant? Do you want this to turn into a franchise like his other horror films have? And what is your favorite James Wan film? Sound off in the comments or send us your thoughts on Facebook or Twitter!