Home » The Book of Boba Fett: From Bounty Hunter to Boss 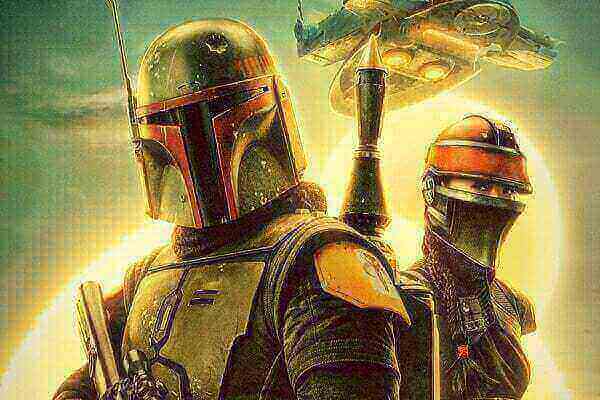 The Book of Boba Fett trailer raises lots of questions while providing few answers. Packed with Easter eggs for die-hard fans, there’s lots of action for casual viewers to enjoy as well. Other than the basic premise, there are few cast or character details provided, leaving much of the show a mystery.

Watching the trailer lets you know instantly that it’s a spin-off from the Disney+ hit series, The Mandalorian. The look and feel is almost a carbon copy, and with good reason. Featuring the same creative minds of Dave Filoni, Jon Favreau, Robert Rodriguez, Bryce Dallas Howard, John Bartnicki, Ludwig Göransson and more, sources say that The Book of Boba Fett will be as much The Mandalorian season 2.5 as its own entry into the expanding Star Wars canon.

I think that making the two series feel so similar is sensible. While Boba Fett, played by Temuera Morrison, has always enjoyed huge popularity within the Star Wars fandom, he’s mainly a side character to casual fans. Closely connecting the shows creates an easy route into the spin-off series for those who don’t know much about Boba, while also satisfying those who are experts. According to rumours, this close connection means there are likely to be some cameos and crossovers of characters between the two shows. All this makes The Book of Boba Fett essential viewing  for The Mandalorian fans; guaranteeing an audience as a result.

Picking up directly after the post-credit scene at the end of The Mandalorian season 2, it’s clear that we’re going to see Boba Fett move into the power vacuum created by the death of Jabba the Hutt in The Return of the Jedi. While Bib Fortuna stepped in, he wasn’t a particularly strong character. So it seems likely that the Hutt Clan would have fallen into infighting with no authority figure taking control. The focus of the series looks to be how the pair go about taking over, the rivalries and issues it creates; particularly from the yet to be named Ithorian antagonist shown in the trailer. With little plot being revealed beyond this, however, fans are left to theorise as to how Boba and Fennec pull it off. Or even if they succeed.

Fans of The Clone Wars might be getting a sense of déjà vu from the plot outline. I’m even expecting the series to mirror Maul’s efforts to take over the criminal underworld as shown in the animated series. Other than the fact it is such a similar premise, I think The Book of Boba Fett will reflect The Clone Wars; it would also tie in nicely to The Mandalorian’s storyline and possible arc for season 3.

Maul united the underworld and used his power and influence to take over Mandalore, acquiring the Darksabre in the process. However, Boba Fett shows no desire to rule Mandalore. It just feels like these Disney+ shows are focussing on this event and have been working through the aftermath of Maul’s actions in shows since Rebels. It wouldn’t surprise me if Din Djarin and Bo Katan-Kryze, using the Darksaber, join forces to liberate Mandalore from the Empire. All with the aid of Boba Fett and his newly formed underworld syndicate, linking it all together.

Bringing up the past

What I would like to see in The Book of Boba Fett is plenty of references to Boba’s episodes in The Clone Wars. We’ve seen him run a crime syndicate from Tatooine before, Krayt’s Claw, which also plays into some of the dialogue from the trailer. Boba says “Jabba ruled with fear. I intend to rule with respect.” Not only does this sync with the way he led his old crew, but it also gives Disney the chance to introduce more popular characters from the animated series into the live-action universe.

I’d love to see Asajj Ventress make an appearance in some capacity. Star Wars canon is always changing so she could easily be resurrected, but any of Boba’s old crew would be fun additions. I’d also enjoy seeing Bossk make it into the show. He’s popular with fans, was in the original trilogy, was on Tatooine during the events of The Return of the Jedi and was also a member of Krayt’s Claw. He seems like a good fit and, as great as Fennec Shand is, the more allies Boba can get the better. Also, given we see Trandoshan crime figures at Boba’s mafia style meeting during the trailer, this seems like a very natural addition to the series.

What worries me about the trailer and the series in general is it looks like we might be stuck on Tatooine. I think Tatooine has become the most over-used destination in Star Wars, and I’d rather visit somewhere else. Let’s be honest, for a world that’s meant to be a poor and desolate waste in the Outer Rim, it’s a bit silly that so many important things happen there. I get that it’s familiar for viewers and that Jabba’s Palace is there, but the Hutt Clan controls multiple planets and it’d be great to see them. It would help show how powerful the Hutt Clan is while also keeping the series feeling fresh.

Overall, the trailer does what any good trailer should do. It gives us an enticing taste while holding back enough to keep the fans “speaking freely” about it online. I’m looking forward to seeing how it pans out and learning what impact it’ll have on The Mandalorian season 3.

What did you think of the trailer? Which characters would you like to see crossover from other Star Wars material? And do you think Boba and Fennec will succeed in their takeover bid? Sound off in the comments or send us your thoughts on Facebook or Twitter!