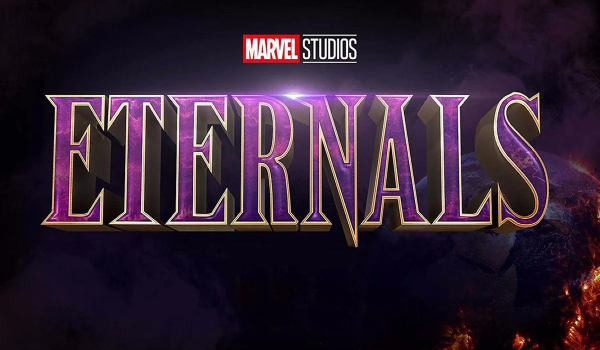 It feels somewhat daunting to write a review for a film already dividing critics and fans. As someone who has been excited by Eternals since the first trailer last year, I welcome the chance to try. Chloe Zhao directs Eternals, a recent Oscar winner for her western drama Nomadland. It follows an ancient pantheon of guardians. Immortal and each gifted with unique powers, they protect the Earth and humanity from the monstrous Deviants; assigned by an all-powerful yet distant celestial, Arishem.

As always, SPOILERS AHEAD!!!

Though an ensemble film, the closest thing Eternals has to a protagonist is Sersi (Gemma Chan) who has assimilated into human life. A Deviant attacks her while in the company of her peer Eternals; Sprite (Lia McHugh) and the affable Dane Whitman (Kit Harrington). The attack forces Sprite, Sersi and her laser-eyed flying ex, Ikaris (Richard Madden) to gather her ‘family’ together. Thus begins a quest and exploration of the other Eternals. Warlike but regal Thena (Angelina Jolie), burly powerhouse Gilgamesh (Don Lee), emo telepath Druig (Barry Keoghan), sarcastic inventor Phastos (Brian Tyree Henry) and energy shooting Bollywood star Kingo (Kumail Nanjiani) are all discovered along the way. They even pick up comic relief in Kingo’s valet, Karun played by the lovable Harish Patel.

Discovering their former leader, Ajak (Salma Hayek) has been killed, they unite to discover the cause of the worldwide earthquake and the reason for the Deviant’s resurgence. Alas, they learn a horrific truth. They were created by Arishem; the prime Celestial to cultivate humanity and create enough energy to birth a bouncing baby celestial, Tiamut. Once Tiamut emerges, the Earth will perish. Unwilling to let humanity go extinct, they resolve to put Tiamut back to sleep or die trying.

Teaming up with easily bored speedster, Makkari (Lauren Ridloff), the Eternals locate the point of emergence at a Pacific volcano. However, Ikaris betrays them; loyal to Arishem’s cycle of life and Ajak’s real killer. Combining their powers, Sersi uses her power to transmute Tiamut into stone, killing him. Flying into the sun, Ikaris seemingly commits suicide, ridden with guilt. The Eternals go their separate ways. Some remain to protect Earth and live human lives, while others take to the stars to sway other Eternals to break Arishem’s cycle of cosmic birth and destruction.

Chloe Zhao films are known for their earthy spirit; grounded in instinctual themes of heritage, love and family. These especially shine through in Eternals. Though spread across a cast of ten, the relationships of these immortal heroes feel so organic; thousands of emotional years, crammed into a three hour runtime. Given creative freedom by the Marvel executives, Zhao pushes against the Marvel formula in her wonderfully diverse and talented cast, and brings many firsts to the MCU. First onscreen LGBT relationship, first portrayal of a deaf superhero, even first sex scene; adding a sensual dimension hitherto unseen in Marvel. Eternals virtually breaks the mould. Hopefully, the MCU’s future is bright in these regards.

It’s hard to truly express the talent that is shown in this film. Each cast member brings a unique energy to their roles. However, Nanjiani’s charismatic Bollywood star Kingo and Tyree Henry’s sarcastic family man, Phastos steal the show. It’s unavoidable that some of the Eternals are more “main” characters than others. However, it’s brilliant that the newer and the lesser known talent, like Don Lee and Lauren Ridloff, are given their chance to shine without Hollywood A-listers Hayek and Jolie overshadowing them.

Much like their mythological counterparts, the Eternals are inherently emotional beings: falling in love, melancholic, prone to boredom, even madness (poor Thena!), across seemingly endless lives. Their emotionality is a keystone for Zhao, layering realism onto the cosmic level of reality these beings live within; helped by Zhao’s signature style for shooting in real-world locations over traditional green screen. It’s earnest, even admirable, but buckles under having to contend with far too much CGI. The action sequences don’t feel like Zhao, likely because her vision has been filtered through half a dozen pre-vis artists; planning out special effects shots. Thus the film feels like it’s dragged in two directions. On the one hand, an emotionally grounded familial drama, On the other, an ensemble superpower team-up of epic proportions.

But this isn’t necessarily a bad thing. As a film buff, I enjoyed Eternals. It retains enough of the Marvel formula of CGI superpowers, boss fights and colourful costumes; balanced by a more sophisticated drama, exploring family, humanity and heritage. But serious run time and uneven pacing dampens the exploration somewhat.

Alas Eternals was always going to face an uphill battle. Arguably, the Infinity Saga was so successful due to the groundwork laid over so many films; relationships and character growth developing naturally. We meet these characters for the first time and an exposition dump in the middle (seriously, 6,500 years of shared history) isn’t enough to encourage audience investment into their stories straight away. The often plodding script does nothing to help this.

But I digress and my word limit is dwindling.

Ultimately, Eternals is unique. It bears the mark of an auteur given the freedom to break free from the Marvel mould and bring her style to the superhero genre (DC at its best?) including a new level of diversity sorely needed. It’s upsetting that this film has already received so much bad press ahead of its opening weekend. Eternals definitely deserves its place in the limelight, and the perfect springboard to a new cosmic level of stories on the MCU horizon.

What did you think of Eternals? Are you excited for this new chapter in the MCU? Sound off in the comments or send us your thoughts on Facebook or Twitter!