Home » Fairies have invaded the market place, and they’re here to stay in “FairyFare” 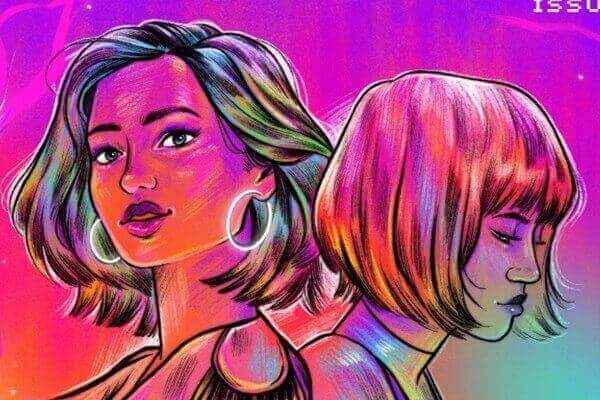 FairyFare, written and drawn by Nick Bryan and Rosie Alexander, respectively, takes us to a vibrant and colorful world where Fairy folk are granting wishes to anyone, all for a simple price.

Let us begin with a demonstration of what precisely these Fairies do as their job. Mr. Fassler was just kicked out of his apartment and is in dire straights. One call from the FairyFare app and Philippa Spaight appears in a flash of color and light. As a registered FairyFare Pixie, it is her job to grant the wish of our housing troubled client, all for a simple monetary price. However, what makes this deal even better is that all proceeds go to Charity supporting humanitarian research!

While it seems like there’s nothing to hate about the app, Philippa’s sister Natasha Spaight has recently quit being a registered Pixie. For her, the magic and wish-granting that she could do as a pixie just wasn’t as nice as she would hope it was. However, this leaves her scrambling for jobs as she feels the lasting effect FairyFare has left on the workplace. While Philippa is out granting wishes to make a living, it seems like Natasha is changing jobs with the change of every panel. 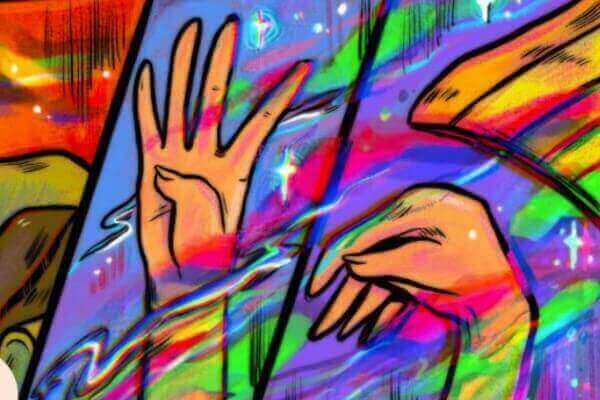 My favorite aspect of this comic is the use of color. There is nothing but unique and exciting colors permeating these pages. I loved examining the colors in the magic of every pixie and the hair of every character. The use of color doesn’t stop there, though; even the backgrounds feature beautiful reds, pinks, purples, and blues, too many to list here.

The story starts to get interesting when FairyFare Headquarters invites Philippa for a meeting. She meets the One Real Fairy, who goes by Ms. Bumblewhirl. Philippa is offered a new job in Headquarters. At this time, Ms. Bumblewhirl reveals to Philippa that the world is even more fantastic and chaotic than it had seemed.

Although it may seem like it, the app may not be all magic and glitter. This business is shrouded in mystery, even for those who worked as a registered Pixie. Who is Ms. Bumblewhirl? Why does a charity that can work magic and miracles need money? Are they really supporting humanitarian research? What is truly happening on these colorful and vibrant pages? In the end, as Natasha’s job troubles get worse, Philippa offers a solution that will place the duo at the very center of FairyFare activity and a world of mystery that is yet to be explored.

For more information on FairyFare, check out the Kickstarter and Nick Bryan’s page. To keep up with Bryan and his work, follow him on Twitter @NickMB. Be sure to check out the rewards for the various pledges, such as FairyFare sticker sheets and art prints. Higher pledge levels include copies of a comic done by this duo titled “The Little Deaths of Watsons Tower,” which ranked in Pipedream Comics top 50 of 2018.  Described there as “sweet and dark and beautiful and powerful.” These creators are shipping anywhere in the world!

Sound off on both our Facebook and Twitter feeds to let us know what you thought about FairyFare!