Here we have it. Probably the hardest list to come up with. The top 6 greatest final characters in the horror genre. So many qualifiers, so little time to explain them. As someone with a pretty standard, short attention span I will do my best to be as concise as possible. The concept of the final girl has been a staple of the horror genre forever. Yet, this character trope has had its fair share of male counterparts. But what makes a final character?

It doesn’t have to be a slasher film, but most final characters do come from that subgenre. However, to qualify, there must be carnage. No, not the surprisingly disappointing supervillain from the new Venom movie (I know it’s an iconic character; it just wasn’t memorable at all in this film). But in order to be a final character, a lot of deaths better have taken place around you. And these deaths cannot happen because of this character, even if it’s in self-defense.

So, unfortunately, even though many “deaths” are alluded to this film, I cannot include Chris Washington from Get Out. Chris, played by the great Daniel Kaluuya, is a character that would’ve been heavily considered for a top 6 spot. But with him as the sole target in this film as well as there not being much carnage around him, even though there are some extremely disturbing visuals, Chris is definitely a survivor but doesn’t quite fit the final character mold.

Same with Grace Le Domas, played by Samara Weaving, in Ready or Not. Close but no cigar. Also, the Blade’s or the Van Helsing’s of the world. Not quite final characters. They’re more hunters than survivors. Anyways, same format as “Tis the Season of the Slasher: Top 6 Most Terrifying Slashers”; shout outs, honorable mentions, Top 6 Greatest Final Characters in Horror. I won’t go as crazy with the honorable mentions as I did last time. We’re only doing 3 this time, not 4. Putting my foot down. 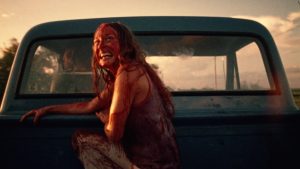 I understand, I understand. Jesse Bradford from Black Christmas, Sarah Carter from The Descent, and Helen Lyle from Candyman are all much more compelling characters than Sally Hardesty. But this is a top 6 list, not a top 9 list, and I firmly believe Marilyn Burns and the cast of The Texas Chain Saw Massacre doesn’t get enough recognition for their work in this film.

No matter how crazy the movie becomes, the actors, particularly the group of young travellers that we follow through the movie, brings a sense of realism. There’s very little backstory, very little character development, but that adds to the film’s authenticity. The Texas Chain Saw Massacre feels like a snuff film, and Burns admirably conveys to the audience how terrifying this experience is. Even though this film is almost 50 years old, every watch is just as uncomfortable as the first. With what she’s given, Burns gives an extremely realistic portrayal of a descent into madness. 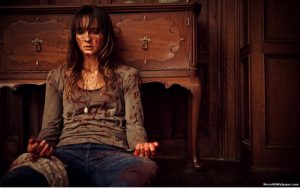 An easy pick for an honorable mention. Lots of people know You’re Next because of the survivalist, Australian heroine. And it’s not difficult to understand why. A severely underrated movie, You’re Next places the audience at the worst family reunion imaginable as three animal-masked murderers attack the Davidson estate.

Slowly, however, it becomes clear that this is not a coincidence. And eventually Erin has to fight off more than just the three attackers, as the non-murderous sole survivor for much of the film. Sharni Vinson does an exceptional job in this role and has some of the film’s most memorable lines. Her back and forth with her husband Crispin at the end is priceless. Crispin, “Erin, where’s Felix?” Erin, “I stuck a blender in his head and killed him.” Crispin, “Oh. Okay.” 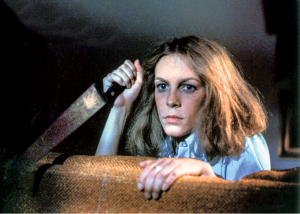 I couldn’t do it. How to decide which iteration of the iconic final character is better? They’re both terrific. I know this is the most controversial selection of the list as most people would put Laurie Strode higher. Jamie Lee Curtis is a phenomenal actress and Laurie Strode set the standard for the “final girl” for many horror franchises.

And Curtis expertly portrays the traumatic scarring of her encounters with the hometown serial killer in this sequel. And even in the recent 2018 Halloween. However, the original Halloween showcases Strode’s full range of vocal talents. Making her one of the original scream queens and making it not hard to see why Curtis has been in so many other horror movies like Prom Night and The Fog. 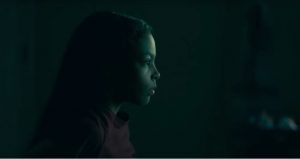 The new kid on the block and a character that I would love to see in a sequel. Even though I’m pretty sure Stephen King is done with The Shining universe. Abra Stone is as interesting and powerful of a final character as you can get. And she uses her shine throughout the movie to stop the murderous reign of the Rose The Hat-led Tru Knot.

It is an absolute shame that this film did not do as well at the box office as The Bye Bye Man or even the various mediocre to bad, scream park jump scare sequels of The Conjuring universe (The Nun). This is one of the best horror movies of the previous decade and it’s led by the terrific performances from Ewan McGregor, Rebecca Ferguson, and Kyliegh Curran as this terrific final character. 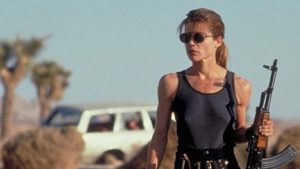 Shame on me for not including the original T-800 on my slasher article. The Terminator is definitely a horror film led by a ruthless killing machine that can definitely be considered a slasher. My mistake, but I get to redeem myself with this inclusion. There are many iterations of Sarah Connor from Linda Hamilton that are flat out terrific throughout this series. And I know Terminator 2 is not really a horror film, but I’ll let that slide for this occasion.

And if anything, Sarah’s more interesting in the second film than she is in The Terminator. She’s more damsel in distress until the end of the first film. Terminator 2 places Connor right in the middle of Skynet’s quest to kill her bloodline once again, but this time she’s a lot more ready for what’s to come, showcasing her evolution into the hardened, heroic character she eventually becomes. 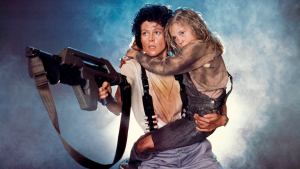 We all know Ellen Ripley officially became an iconic protagonist in Aliens. Especially with lines such as “get away from her you bitch!” while saving Newt. Sigourney Weaver was even nominated for an Academy Award for her role in that film. Which says a lot since the Academy doesn’t care for horror. At all. I get that the Friday the 13th films aren’t Oscar worthy but can we get at least a little love for The Invisible Man?

I’m also going to put the original iteration of this trailblazing character on this list. Weaver gives an incredibly game-changing performance for women in horror films in Alien, and she is the first to recognize the suicide mission that her and her team have been unknowingly assigned to. Ripley is strong, brave, and savvy enough to realistically outwit and get the better of a perfect killing machine. That says a lot about Weaver’s performance, no superhuman abilities needed. 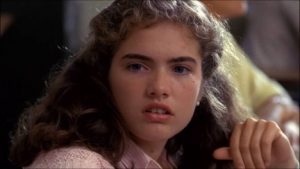 Robert Englund is a legend of the horror genre, but there is a constant theme throughout the film series. When in doubt about whether A Nightmare on Elm Street film will be good or not, always be sure to check if Heather Langenkamp is featured in the cast. Nancy is the heart of this universe and is the ultimate symbol of good as an innocent teen wrapped into the murderous spree of a nightmarish madman.

All the while, no one believes her until it is all but too late for them. Eventually, to save herself, Nancy takes things into her own hands and is eventually able to realize the rules behind Freddy’s demented powers. And Nancy’s evolution into a motherly leader of troubled children against Krueger in A Nightmare on Elm Street 3: Dream Warriors makes her even more of an admirable and heroic final character. 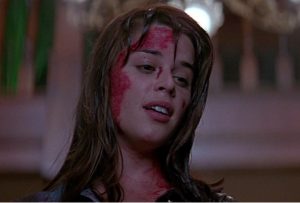 One of the most entertaining characters of all time especially when she gets mad. Sidney Prescott is at first the victim of her mother’s brutal murder, and as secrets are revealed, eventually turns to the tables on her killers using their own game against them. Prescott also validates and shut downs some of the horror cliches in a realistic way without having to diminish any of her intelligence.

When she talks about how horror is all the same and about, “some stupid killer stalking some big-breasted girl who can’t act and is always running up the stairs when she should be running out the front door,” and then shortly after she’s chased by a killer up her stairs, it’s not meant to be demeaning to her intelligence. It’s meant to show how frantic your mind would be if a killer is chasing you with a knife in your house. And even in some of the most adverse situations, Sidney makes the smartest possible decisions imaginable. Neve Campbell owns this film and the killers, making her own of cinema’s greatest final characters. 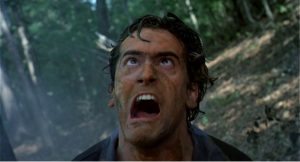 Number one goes to perhaps my favorite movie character of all-time. And that doesn’t mean that Ash Williams is someone to aspire to be like. If fact, the legendary Sam Raimi makes it very clear throughout this franchise that it should be quite the opposite. Especially as it’s clear that Raimi loves torturing his good friend Bruce Campbell with every incarnation of El Jefe. But I have never seen a character that can balance being a complete badass with also being a clueless idiot who will get everyone killed like this guy.

There’s a Three Stooges-like presence to Ash, especially as we get to Army of Darkness. But seeing this character evolve from a timid survivor in The Evil Dead, to a witty warrior in Evil Dead II, to a pompous, heroic, one-lining force of nature is a sight to behold. Maybe not the most realistic, but it all builds to one of the most entertaining cinematic characters of all time. And the best final character in horror.

Feel free to let me know if this list is 100% accurate. And if not, who do you think are the best final characters in horror? Or perhaps you prefer the best horror slashers? Sound off in the comments or send us your thoughts on Facebook or Twitter!