Home » Interview with Ben Lacy: Creator of the Bloody Fun “Shark of War” 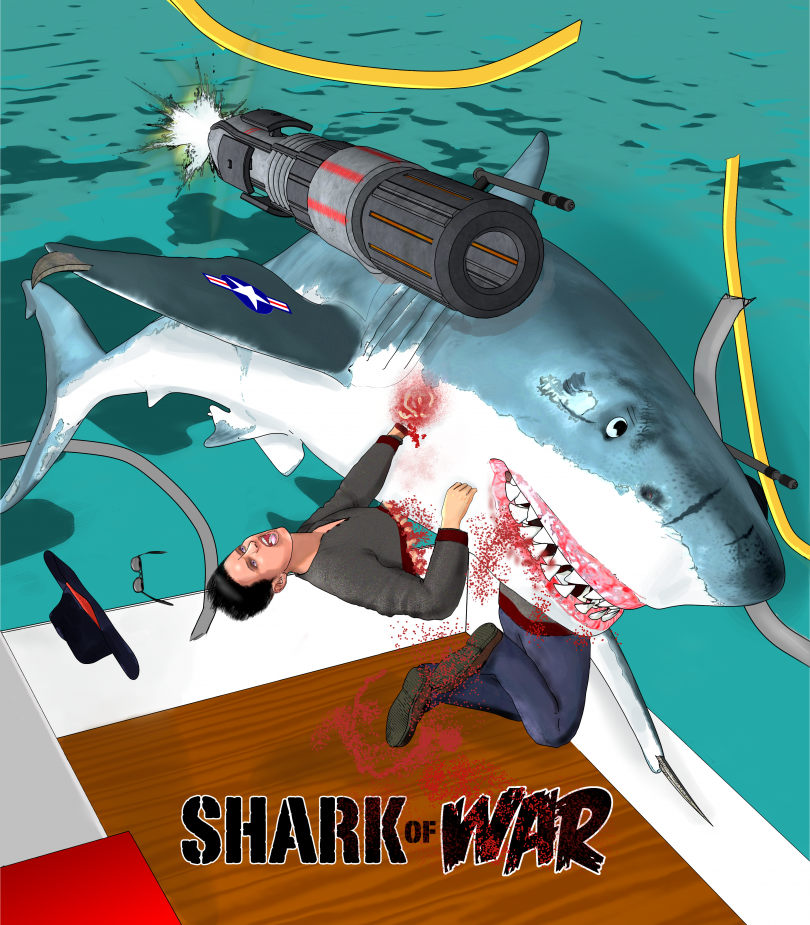 Ben Lacy makes an already chaotic world more chaotic by adding a killer, AI shark, into the midst of a coastal cartel war. Giving us a compellingly bloody story in Shark of War that humanizes our toothy protagonist, USS Gnasher, as he enforces U.S. law and protects a brother and sister from some sinister villains.

One bio-engineered aquatic creature is eventually not enough for this war, as Gnasher has to face off with an army of flying genetically-enhanced piranha, which is a match that might be too formidable for our toothy protagonists. Anyways, fortunately, we were able to interview Lacy himself, the creator of this four-volume miniseries, about the origins of Shark of War and this sci-fi thriller’s future.

AP2HYC: What made you want to become a comic book author and artist?

Ben Lacy: I’ve been writing for years, but I always wanted to do a comic book. When I had the idea for Shark of War, I realized it made more sense as a comic book than a prose story. But I didn’t know how to draw and at the time, I didn’t know any artists. I’m good with computers though, so I started working with 3D modeling software and digital art programs to make the art for the story in the way I envisioned it.

AP2HYC: What was the inspiration behind Shark of War?

Ben Lacy: The Meg had come out, and while it was a popular movie, it was basically another monster shark kills people story. I thought, what if I flip the story and make the shark the hero? And what if I came up with a better way for him to get around out of water than a tornado?

AP2HYC: What made you choose a shark pre-programmed with AI directives to enforce U.S. law as your central character?

Ben Lacy: I wanted the shark to be the main character, but that means he has to be somewhat relatable. So, I needed a reason for him to be much smarter than any shark, while still acting like a shark. There’ve been reports about researchers trying to use sea life for military purposes, so I immediately had my concept for how this could happen.

Giving him an AI implant gives him someone to alternately work with and argue with. I was also interested in looking at how AIs and people (or sharks) might interact in a future world. 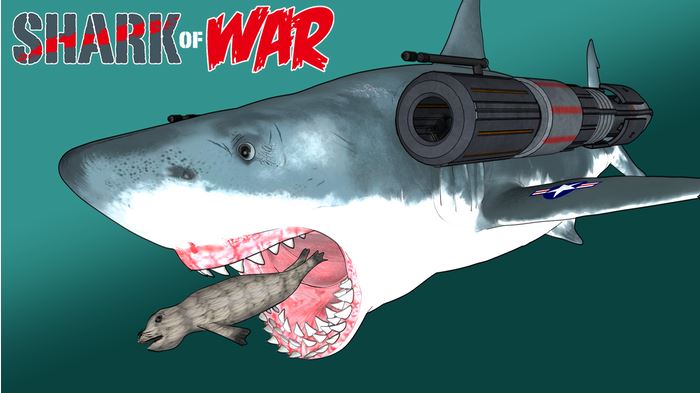 AP2HYC: What do you want people to see in USS Gnasher and the rest of the characters in your comic?

Ben Lacy: I first want people to realize that this is a fun, action packed comic book that can be read just as a cool story about a super powered shark. But I do have a few deeper things I’m trying to explore. One is our interaction with AI. This is represented both by Gnasher and Dr. Fischer, who dies in issue 1 but then seems to reappear in modified form later in the book.

The second is to look at how sharks are portrayed in culture (as monsters) and how they are in real life – rarely dangerous and with much more to fear from us than the other way around.

AP2HYC: What artistic style do you and your team bring to Shark of War?

Ben Lacy: I use a combination of 3D modeling and digital artwork to create a dynamic but hopefully unique style that I think captures the story well.

AP2HYC: Where does Shark of War go from here?

Ben Lacy: This is the second to last issue of the current Shark of War story. While the book may continue depending on what happens, issue 5 will provide a definite conclusion to this story. I also have some Shark of War spinoff concepts I’m starting to work on.

Ben Lacy: Seeing people get behind it and enjoying it. I have a small following but it’s great how many of them have stuck by me issue to issue.

AP2HYC: Are there other projects that you’re working on as well right now?

Ben Lacy: I have two spinoff concepts I’m laying out. I hope to use someone else for the art on so I can really increase my output. I also had a story accepted for another publisher’s anthology so I’m working on that too.

And of course, I hope to have issue 5 of Shark of War out early next year! So please check out BitingComics.com where you can read issue 1 for free plus get a lot of other cool free content.

If you want more details about Shark of War #1-4, you can check out its Kickstarter here and check out this link for more information! Be sure to read to the end to check out variant covers as well as some very entertaining shark toons. Sound off on both our Twitter and/or Facebook feeds about that to let us know what you thought about Shark of War!